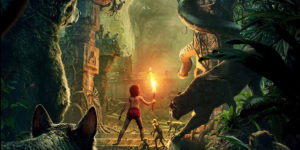 “Forget about your worries and your strife”

Movies have slowly become a family tradition for me: I have a lot of fond memories driving up to the local Harkins with my Mom and Brother and seeing more movies than I can remember during my 27 years (bloody hell I’m getting old.) This tradition has introduced me to some truly crappy movies (I’m looking at you The Fifth Wave) and some surprise hits that if I wasn’t invited to go with my family I would have let pass me by without a second thought. When I first heard of The Jungle Book live action adaptation my first thought was one of dismissal. Oh look another cash grab flick because we haven’t had enough of those yet! …welp I can safely say I am eating crow right now. 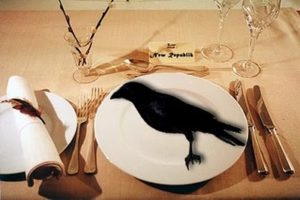 This movie was bloody amazing from beginning to end painting a picture that this movie was less a cash grab and more of a labor of love from the cast and crew. Brilliant attention to detail and homages to both the original book and the classic cartoon movie that most of our readers probably remember and if not shaaaaaaaaaaaaaaaaame on you! From the performances to the technical nuances this movie delivered in every category bringing a surprise hit to the early 2016 movie season.

This movie has A LOT of star power behind it but I can’t help but begin my ranting with my biggest and best surprise of the film: Neel Sethi. One of the greatest child performances since The Sixth Sense, this kid nails his portrayal of Mowgli, a child raised by the Wolves of the Jungle. From beginning to end he doesn’t miss a beat and considering he was for 99% of the movie acting to either tennis balls or actors in mo-cap suits that makes his performance even more impressive. Furthermore, adding the fact that this was basically his first  AAA Hollywood film paints the picture that this is an actor to keep an eye out for in the years to come. 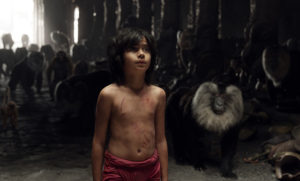 The rest of the cast was largely vocal performances (obviously since the rest of the characters are talking animals.) Believe it or not, every single actor brings their A game with no one standing out in a bad way. Some of the most notable performances that I’ll touch on belong to Idris Elba’s Shere Khan, Ben Kingsley’s Bagheera, and Bill Murray’s Baloo.

Idris Elba, one of my favorite actors so I admit there are some fanboy glasses coloring my opinion but hell I’m the one writing this review so it’s one of the perks, brings that same badass air he’s brought to Pacific Rim and Thor to his role here. His Shere Khan was intimidating to say the least. The fact that Shere Khan is a bloody tiger aside, Elba’s performance hammered the fact in that this tiger was one to be afraid of, that the rest of the jungle’s pants shitting reaction at the mere mention of his name is not for nothing. 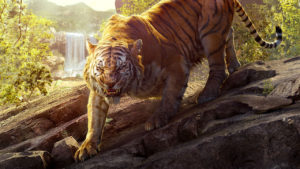 No… my pants were wet coming into the theater

Ben Kingsley’s acting chops have never been in dispute. With movies like Shutter Island, Schindler’s List, and more it’s safe to say the man can act . He brings the wise and protective Bagheera to the big screen with such presence most of my favorite moments from the film had him at the core of it. Serving as both a quasi-narrator and a principle support for Mowgli, Kingsley’s performance had a huge impact on the critical success of this film and my eventual rating which I know you are all waiting on bated breath for. 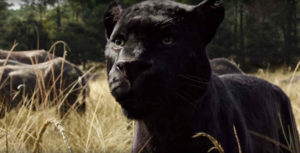 Teach me your ways oh wise and mighty panther

To say that Bill Murray’s Baloo gave the biggest laughs in the movie feels almost redundant. I mean, it’s Bill Murray! Ghostbusters, Groundhogs Day, one of the funniest celebrity cameo roles I’ve ever seen in Zombieland I could go on! He doesn’t lose one iota of his amazing comedic powers while voicing the gentle Baloo. What surprised me more than how he nails the comedy was how he nailed the more serious moments between Mowgli and Baloo. Acting as an almost cooler older brother role to the jungle orphan, Murray’s performance nailed this relationship and made every moment believable and heartwarming. 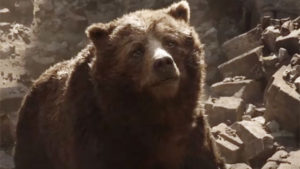 I’m going to be blunt. This movie deserves a nomination for visual effects. Hell unless one of the summer blockbusters knock it out of the park I think we already found our 2016 Academy Award winner for Best Visual Effects. These animals look REAL. Even allowing for the mild anthropomorphic details of these wild animals speaking it never once breaks suspension of disbelief. What REALLY puts these visuals to the next level has to be how they nailed animal movement. Once scene in particular, Bagheera desperately chasing Shere Khan to save Mowgli, you could see every muscle in the panthers body, every strain and coiled moment as he pounces and the two animals brutally fight each other off. It could have been taken straight out of a nature documentary. The characters blend in beautifully with the environment with little to none of the almost expected “CGI pop out” that plagues most CGI heavy films (*cough* Transformers *cough*)

The cinematography, while not as much as a clear cut “wow” winner as the visual effects, are expertly crafted especially the play of light and shadow. One scene in particular, Mowgli sneaking up to a “Man Village” illuminated by only a giant bonfire casting the humans within in darkness was a brilliant move that showed the mystery they represented to Mowgli. The weather shots, chase scenes, every establishing shot of the jungle is handled with a loving hand and nothing goes to waste. If this film got a cinematography nomination as well I would not be in the least bit surprised.

To say this movie is worth the ticket price feels like an understatement. A surprise hit that feels warm and full of heart instead of cold and desperately trying to suck as much cash from nostalgia as humanly possible, this movie showed exactly how a remake of a classic children’s move should be handled. While the movie does have flaws, some pacing issues here and there gave it some drag as well as the musical numbers felt largely out of place, they are few and far between when put against its successful moments. A word of caution for those wanting to bring young children however; while this film is definitely  a family flick, the realistic portrayal of the animals can be a bit intense for the very young movie goers out there. I would saw seven years old and above would be a safe age or better yet for the parents out there, see it yourself first to make your decision for your youngins. For general audiences and move fans all over this movie is not one to miss if you are in need of forgetting about your worries and your strife.

Did you see The Jungle Book? What were your thoughts on it? Go ahead and let us know in the comments below! 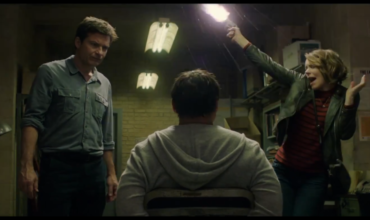 Movie Review: Gone Girl (Or why I now trust the Batfleck)

Movie Review: Tusk (Or why you should never go full walrus) 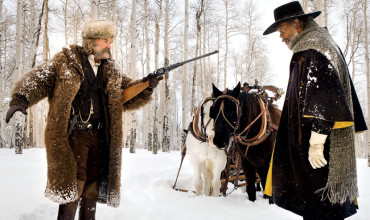