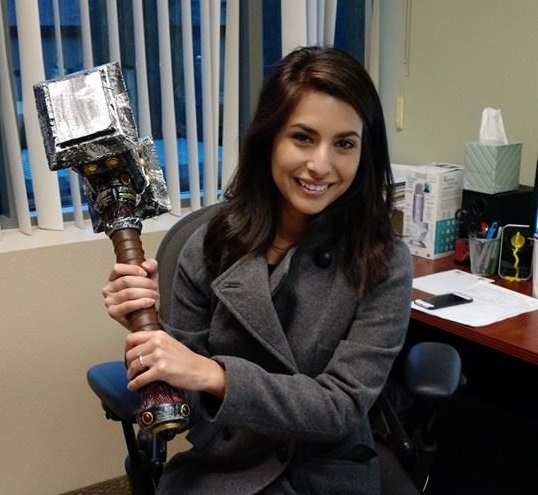 Female gamers! Once upon a time even mention of girls and gaming in the same sentence was as fictitious as quick and DMV. However, those days are in the past and gaming has become far more widely accepted by the masses and now girls who love to game can shout about their passions at the top of their lungs and be accepted by all gamers. Granted, there are still a few stereotypes and raw feelings by conservative gamers but who cares about them? Female gamers are amazing and Geek Lyfe completely supports them in every way!

But for new Dungeon Masters, it might be difficult to know how to handle them they may accidentally make assumptions out of ignorance or get frustrated because their play style is unique from their male-gaming counterparts. Here are a few pieces of advice to assist!

Acknowledge They Are Gamers

To be honest, there is a distinct difference between male and female gamers. For example: They have boobs, some of them enjoy make up, and many get pissed when you treat them anything less than what they are. That’s it. I have been a Dungeon Master for over 5 years and have converted over a dozen female gamers to table top roleplaying. In my experience female gamers, just like male gamers, come in all different shapes and sizes, likes and dislikes etc. So you should never make any assumptions going in. Acknowledge them as a gamer first and foremost, ask them basic questions to gauge their understanding of the game. If they need help, assist them as you would any other player. However, there are challenges you may face with having female gamers in your group and you need to know how to sort these situations out.

How would you feel if you walked into a room and everyone thought less of you? Don’t be that guy.

They Can Have Unique Play Styles 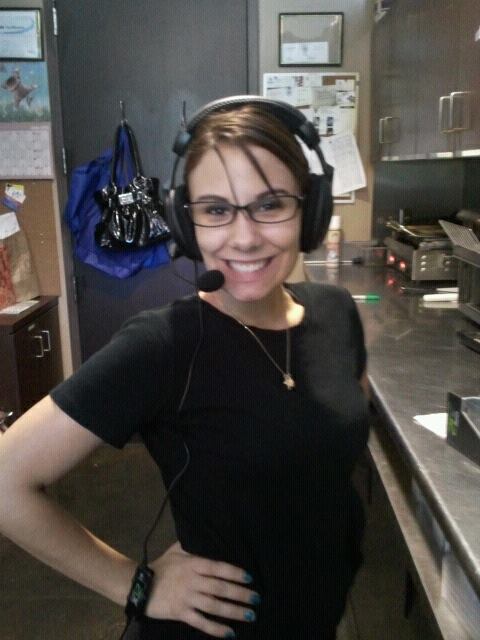 Female gamers tend to be more creative and open minded than males at times.  My girl gamers in particular love to go straight for the throat when given the chance, whereas my male gamers tend to be far more conservative with their actions in fear of death. This can be a great advantage when your players seem stuck on a situation and are unsure of what to do.

The woman to the right is named Jessica and she played a Vampire Eladrin(High Elf). Eladrin’s have a special ability that allows them to teleport a certain number of squares as long as they can see where they are going. When her group was faced with an adult white dragon that the group was supposed to avoid, she prompted combat(Despite the warnings and pleads for her not to act from the rest of her group which was filled of males) the first chance she got she specifically tore a wound in his side and after a series of turns, she told me her grand plan of teleporting into the dragon’s stomach and attack it from the inside out.

The room was stunned in silence before giving way to laughter at such an unorthodox idea. Technically speaking, the ability should not have worked, but because she had been so creative, fought with such conviction, and bribed me with vanilla coke, I allowed it. They defeated the dragon and reaped a hell of a lot of rewards. A very normal session turned into an unforgettable moment for us all.

So don’t ever try and force a player to conform to the group’s wishes. Instead, encourage them to follow their own desires.

They Can Roleplay Much Easier 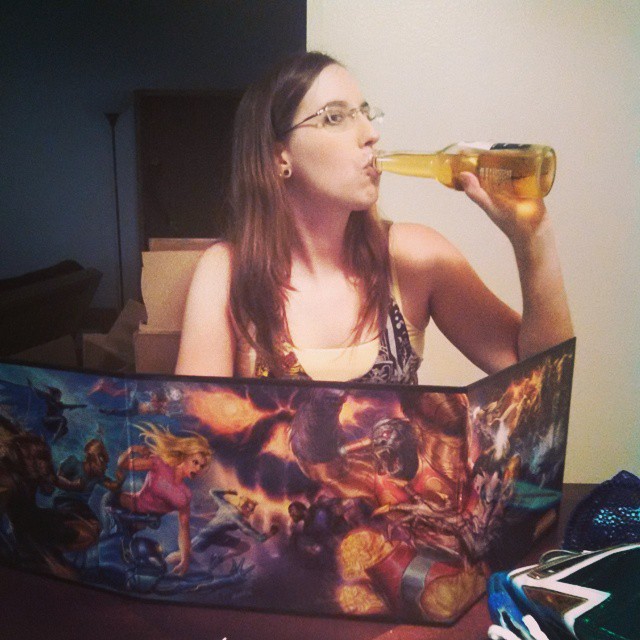 Okay so this is just speculation, but I assume that it is easier for females to roleplay easier then males is due to the traditional toys and games played as children. Boys grew up watching power rangers and then going and pretending to fight bad guys all afternoon while girls stayed in and played house and tea parties(Again, this is just speculation. I could be totally wrong. This is what happened in my household and cousins.). I notice that my male gamers focus solely on combat when they game while females love to know about the world, people, culture and legitimately want to roleplay conversations with important NPCs.

This is Alicia! Cute as a button with the mouth of a sailor. While her male companions ready their weapons, she’ll roll the dice for diplomacy in order to talk things out. It’s saved the party more times than not from hidden guardsmen/traps. She’ll lie, cheat, and steal before getting her hands dirty. When the dust clears, she’ll typically make out like a bandit and then use her newly acquired items to help the group!

Don’t get me wrong, there are times when combat is needed and she doesn’t always get away with everything, but having this kind of roleplay style in the group’s pocket benefits everyone.

Once again, let them do their own thing, it’s Dungeons and Dragons after all.

This is a major issue I had in every group where a female gamer was involved. A woman would enter, prove she had the chops to run with the best of 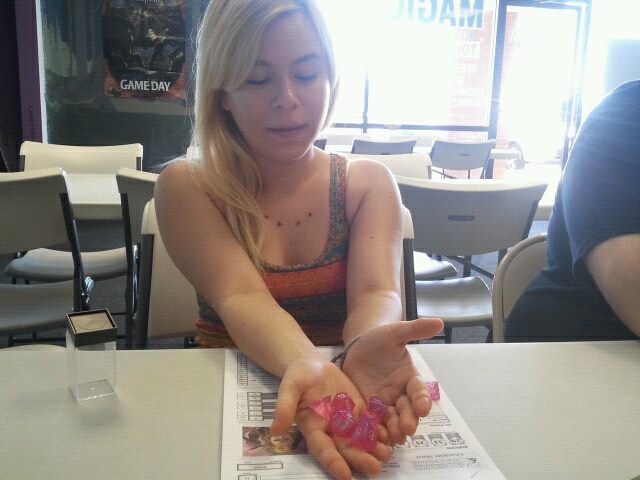 them and then everyone falls in love with her. The male gamers each then take even the simple passing of the bag of cheetos as a sign that the girl gamer is some how in love with them. Most times when they gather the courage to ask the girl out, she’ll either give them a chance or politely decline and that is the end of things.

However, you shouldn’t obsess over these things. The point of Dungeons and Dragons is to gather together, escape from reality and slay some dragons. It is not a dating service. I once had a group where a female gamer entered their group and was super excited to game. She did amazing and everyone had a great time, however, one other player wanted her nuts so bad that he’d constantly ask to drive her home, walk her to her car, text her, message her, and then flex during sessions or talk about how manly he was. Then, when she turned him down one too many times, he got the message, then began talking trash about her to the other group members and they started treating her in unfair ways.

Eventually she came to me and informed me of the stalking and when I talked with the other player, he admitted everything and I found the girl another group so that this would no longer be an issue. (The other group also fell in love with her but thankfully, they let it rest at being just friends and they are the best of friends nowadays!) I completely understand that every geek has this dream of meeting a beautiful woman who has the same interests as you and together you can do all the things and be madly in love, but you have to understand that female gamers are real people with real emotions and you have to respect their decisions.

Harassment in any form is not cool and you must be the one to deal with these issues if your players admit a problem. The absolute worse thing you can do is ignore the problem and hope it goes away. If it means moving the game to a new group, talking with the harasser and presenting them the option of cutting that shit out or getting out of the group then do it. If you are truly friends then they’ll still be your friend after the dust settles.

Be Fair And Just, Even If They Pout

One downside to female gamers is that often times they know they are cute and will use this to their advantage(Always in a playful, obvious manner) to pout when they got a bad roll or go from downing a beer and cursing up a storm to putting on their sweetest voice and batting their eyes while asking if they take damage. When I was a young DM, I allowed things to slide for females because I enjoyed the attention and was afraid that if I lost my female gamer then there would never be another. However, in time I learned that this is a very bad habit, players across the board should have equal chances of getting DM mercy. In fact, I found that the ladies in my groups respected me for holding my ground and caused some of them to conjure more creative in game methods to accomplish their goals rather than looking outside the game for assistance.

I feel confident that it’s every DM’s dream to have a self sufficient group who needs no DM mercy to assist them through every encounter.

Overall: Have Fun And Be Cool

In the end, be sure to have fun and make sure things remain awesome for everyone involved. One of my proudest moments is getting a group together of friends who have never met one another and in a few months they are the best of buds, even hanging out out side of the game. There is something wonderful about being able to entertain others and although MMOs and Console games are taking huge bites out of the fan base, I believe turning to recruit female gamers in the new generation and treating them with the respect they deserve will make table top gaming that much easier in the days to come. 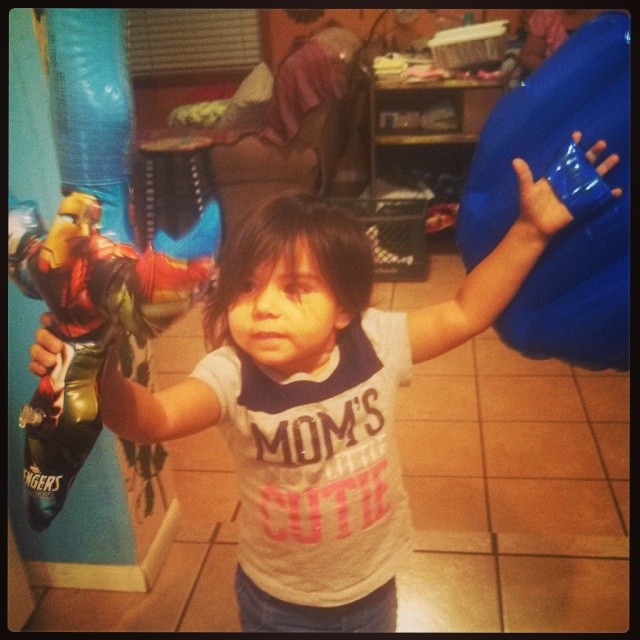 Thanks again for reading! I hope you have a great day! I’d love to hear your thoughts on everything! 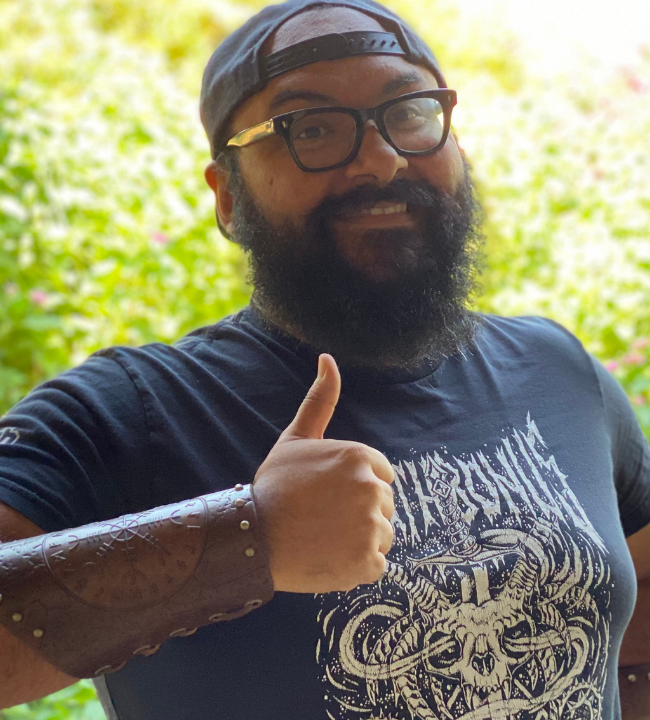 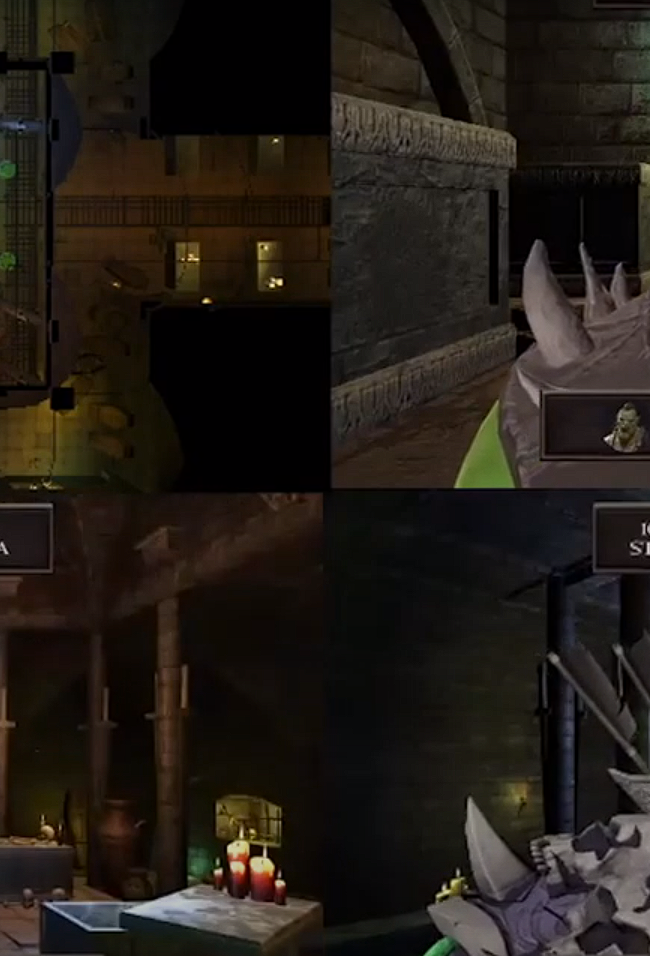 Ever Wish You Could Be Your TTRPG Character While Playing Virtually? AREALM Is Here to Help!