Fallout 76 is a prequel to previous Fallout games. It is set in an alternate version of history, and takes place in 2102, twenty-five years after a nuclear war devastated the Earth. You play as a resident of Vault 76, a fallout shelter that was built in West Virginia to house America’s best and brightest minds. You begin your adventure leaving the Vault on “Reclamation Day”, your only task? Re-colonize the wasteland you once called Earth. *The song Take me Home, Country Roads plays in the distance*

The moment I heard Todd Howard (bless that man) announce Fallout 76 at E3 nothing else mattered. Other games announced? Who cares. The pot on the stove boiling? Doesn’t matter. I sat and listened to every word he spoke like it was the gospel and afterwards searched high and low for any tidbit of information I could get. But now after months of waiting, I was so graciously given a key for the B.E.T.A and my adventures began.

You begin in Vault 76 where you’ve been waiting your whole life for Reclamation Day, the day you step foot outside and begin re-colonization of the world. But before all that, you’re made to create a character, your new best friend in West Virginia. Character creation is always one of my favourite things to do in a game and Fallout 76 does not disappoint. Bone structure, blemishes, makeup, it’s got it all! However, I feel like there were more options and more depth in Fallout 4, but I still took 20 minutes to create my character and had fun the whole time, so I can’t really complain.

Without going into too much detail, once you leave the Vault, you are given tapes with messages from the Overseer, instructing you to do certain tasks and visit different areas to begin your new life mission. There’s so much to do and explore that I found it hard to stay on task. I spent multiple hours collecting foliage to make healing items, taking apart junk for material to craft weapons and doing strange side quests like killing a wendigo in a clown costume. It wasn’t ’til the last hour or two of the B.E.T.A that I finally got back on track with my main story quest, which lead me to some really great story-telling that I honestly can’t wait to get back to.

Fallout 76 is an online multiplayer action RPG, meaning you aren’t alone in the Wasteland of West Virginia, but that doesn’t mean you need to play with others to enjoy it. I played the majority of the B.E.T.A alone, running into other players once in a while during events, taking down baddies, and still had a really great time! Of course, playing with friends is always a lot of fun, (especially when there’s some scary mutant creatures out there) but don’t let that discourage or hinder you when choosing to purchase and play the game. Some things may be a bit harder alone, but who said re-colonizing the world would be easy.

Fallout 76 brought back a really great leveling system that includes perks in whichever area you choose, such as charisma, luck, and endurance. You’re given cards to choose from and stack in your preferred area and you’re able to rank up as you go. For example, I completely ranked up my ability to withstand radiation from food and water, and now take no radiation from consuming things. Super helpful when the world is basically a radiation filled wasteland! I’m sure there are a lot of really great combinations to suit whatever play style fits you best, and ones to try just for fun.

I feel like I could ramble forever about all the great things Fallout 76 has to offer, from the glamour system to the beautiful scenery, but there were a few things that, while they didn’t overly hinder my game play, were more annoying than anything else. When you die, your materials get dropped where your body was last, and you have to go back and retrieve them. This is fine, except (and I know this is pathetic to even complain about) you have to individually pick up every item. When you have over a hundred materials, that’s a lot of time spent spamming the pick up key. The only other qualm I’ve had in my short time was that only one player could talk to a trader or use a crafting station at a time. Like I said, I never really ran into very many players but, the one time I did, a player had afk’d while talking to a trader making it impossible for me to interact with it. My fingers are crossed that those are the only issues I encounter when the game finally get released.

Geegiiee
Geegiiee is a great cosplayer and gamer based in Canada! When she is not attending various conventions in awesome costumes, she can be found online slaying internet dragons with friends. She is hardworking, dedicated, and a pretty darn smart cookie! I recommend chatting her up at conventions if your paths cross! 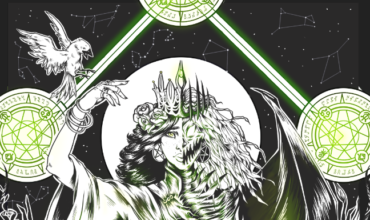 Gringo Was Refreshing and Enjoyable! 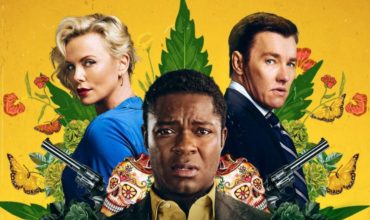 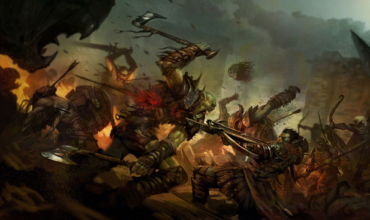 Why You Should Check Out Final Fantasy 14: Stormblood! 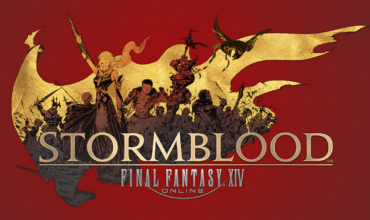