A lot of families can face a shortage of good animated movies all members will enjoy. Some parents can only watch repeats of the Lego Movie so many times before they lose their mind. However, Sony Animation Studios has come back with another film, that will surely keep the kids laughing, and brings plenty for adults to have fun.

The plot is the typical “life is perfect until something new threatens the status quo” movie. While this trope is a little overused in kids movies, and parents may feel the strain of that technique, Sony and director Thurop Van Orman takes it to a whole new level. Classic rock music from Bonnie Tyler and Jimmy Buffett bring that unbridled hilarity to the screen, while kids get to watch their heroes take on the pigs, filled with puns and silly jokes.

It all picks up where the last movie left off: Red, our prodigal hero from the first Angry Birds movie, is now a revered savior for keeping Bird Island safe from the pigs’ island in the “Prank War.” It mimics the infamous game well, with slingshots and tactics used in the namesake phone app.

All is well, until their way of life is obstructed by a massive ball of ice from the sky, which is weird for both tropical islands. And this is where the old saying “the enemy of my enemy is my friend” comes into play, as the pigs and birds team up to take on this new enemy from Eagle Island.

Eagle Island is a cold, frozen rock in the middle of the “Pigcific Ocean,” where the main villain in the movie resides. Zeta, the leader of the eagles, is looking for a better life, where everything is not frozen. And, it turns out Zeta has a bit of a mixed past with the ally of the last movie, Might Eagle, who proves to be a coward. This bit of drama may be a little much for the kids, but they likely won’t realize the adult themes their history has. All of that is revealed at the end of the movie, and if you don’t want your kids to be exposed to Mighty Eagles’ promiscuity and bad decisions, then it may be best to watch the movie before putting it on for the family to watch.

Despite the subtle adult themes, there is a lot of redeeming qualities for kids. We are introduced to a new bird, called Silver, who is the sister of the yellow speed-demon named Chuck. Silver is a genius with a lot of life achievements, and is obviously the brains of the team, gathering to take on the eagles. She is put down a lot by Red, only because he wants to be the hero again to maintain his lifestyle. Oddly enough, she is first seen in the movie at a speed dating event the three main birds attend, and she is off put by Red, and vice versa. Red only went to the speed dating event because Chuck and the third, bumbling oaf, Bomb, make him go.

So we have a team of heroes: Red, Chuck, Bomb, Silver, and the pigs, King Leonard, Courtney and Gary. Mighty Eagle doesn’t pan out to be a reliable hero — Again. They all come together in a truce to take on the eagles, in a series of comical, ridiculous plans that ultimately work out.

For the family that likes to come away from a movie with a lesson, there are a couple of morals that wrap up the story quite nicely. Red comes to realize he doesn’t need the adoration of Bird Island, and gives credit where credit is due. Which, ultimately becomes a win-win for him and Silver. For our antagonist, Zeta, she reveals some shocking revelations, and seemingly changes Mighty Eagles’ life, where-as he realizes the life of luxury is worth nothing without someone to share it with. Zeta does get what she wants, just in a way you would not expect. As for the pigs, the adventure gives them reason to maintain a peaceful relationship.

Now, of course this movie will keep kids entertained with jokes about “dabbing” and other hilarious events. During the “peeing scene,” the entire theater of kids was cackling with laughter. And there is a lot of dark humor for the older kids and the “kids at heart.” In a little side story, some hatchlings are alluded to killing a snake… and then wearing its skin. Yes, this actually happens.

If you are also attuned to guessing high-profile actors in movies, this cast is stacked with them. From Nicki Minaj, Peter Dinklage, Danny McBride, and SNL’s Leslie Jones and Pete Davidson, there are even more names behind the characters that will keep you hooked on the movie. The best played part has to go to Rachel Bloom, for her voice acting has such emotional inflection, it really does strike as a strong-female film.

When all is said and done, this movie truly has such bright energy, high-brow comedy, and perfect for kids who love the Angry Birds franchise. You can grab tickets for the family for Angry Birds 2 Wednesday, August 14. As a bird owner, comedy fan, and lover of classic pop rock, this movie gets two thumbs up, and a big smile from me!

Jessica Carlson
She's tiny, but mighty... Fierce but kind... Standing in at 4'11" and holding a Bachelor's degree in Journalism and Mass Communications... Taking names and kicking butt... Jessica Carlson! In high school, Jessica was introduced to her two biggest hobbies: journalism and comic conventions. After graduation, she gave up the dream of becoming a rock and roll icon, and went to college. In that time, she worked for the CW6, 12 News, AZFamily.com, Cronkite News, ASU's I.T. department, and then graduated in December of 2017 with a 4-year degree, in 3 years. After that, she immediately got hired by Fox 10 Phoenix as an Associate Producer. And now, she is a freelance writer for the Geek Lyfe, specializing in breaking news.

Five comedy anime YOU should be watching! 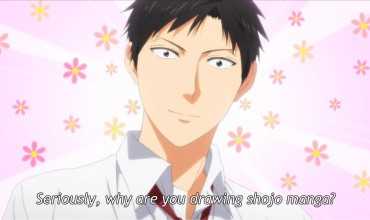 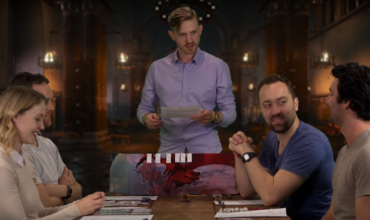 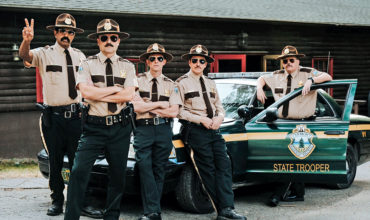