Netflix’s new animated adventure, Invader Zim: Enter the Florpus, brings us to a time where Dib, and all the fans of the classic show, have been waiting for Zim’s impending return. And now… the best Irken invader emerges for Phase 2.

We learn Zim has spent more than a decade sitting in a toilet, laughing about his evil plot…

Only for him to forget what Phase 2 is.

It’s almost as if the show never ended, unless you consider the smooth nature of advanced animation. The show was stuck on a cliffhanger after Nickelodeon cancelled it with an incomplete series. Lucky for us, Nickelodeon was able to gather producers and writers from the original series. Plus, the creator and twisted genius behind the show, Jhonen Vasquez.

Dib: Where have you been Zim?! I’ve been monitoring your house, the school, that taco place you love so much…

Gir: I ate a baby there.

The story picks up off of the end of the series in 2006, with Dib waiting for Zim’s comeback. In a way, it is a sort of self-insult, slightly alluding to the shows abrupt cancellation. Not to mention how all fans of Invader Zim can relate to Dib and how vile he becomes while aimlessly waiting.

Zim: Humans are such fragile things. No Irken would ever become a chair.

Gaz and her father, Professor Membrane, are introduced early as well, beginning with criticisms of Dib. If you don’t recall, Dib is a major believer in other-worldly beings… mainly because he found out Zim was an alien. However, the people of “Urth” are too dumb to see it for themselves.

So we find ourselves back to the old rivalry of Zim vs. Dib, as they both prepare for the invasion of the Irken leaders, the Tallest. The two tallest Irkens are literally the leaders of the species. Zim believes the Tallest are on their way to Earth, while Dib tries to thwart Zim’s plans. The nostalgia is intoxicating for us fans.

However, Zim discovers a sobering truth, that puts him into a state we have never seen him in before: hopelessness. Seeing Zim upset was a total turn from the ignorant and prideful invader we have come to know and love. In an effort to cheer up Zim, Dib accidentally overdoes it, and is blinded by a near victory. Zim uses his enemy’s plan against him… and throws everything into chaos.

The adventure also introduces Tak’s Ship, that used to be owned by an admirable adversary of both Zim and Dib. Tak, another Irken invader from the original series, is somewhere off on a planet called “Dirt,” doing time. Her ship was taken by Dib, but was never followed up on until now. Tak’s Ship does a huge part in saving the Earth in “Enter the Florpus.”

If there is anything in the movie that you need to absolutely see, it is the massive calamity of the robot fight with Professor Membrane. Needless to say, he is the ultimate scientist. Like Goku and Tony Stark came together and raised a baby with Tim Burton. That’s how awesome Professor Membrane is in the movie, despite his annoying ignorance to the existence of aliens.

If you’re a self-proclaimed 90’s kid, and remember the awesome intensity that was Invader Zim, you need to log into Netflix now. “Enter the Florpus” may poise Nickelodeon and Vasquez to come together in an attempt to revive the show, with a radical new plot. We could see the Tallest return from the Florpus, or even get a return for revenge from Tak! This whole movie does set up the possibility for a new series, or it could just end there.

The bliss of the movie does give fans the closure they so fervently desired! From a fan standpoint, it is an honor to be able to see the glorious return of Zim, because my puny human brain can barely understand the awesomeness of the Irken invader!

You can watch the movie now on Netflix here!

Jessica Carlson
She's tiny, but mighty... Fierce but kind... Standing in at 4'11" and holding a Bachelor's degree in Journalism and Mass Communications... Taking names and kicking butt... Jessica Carlson! In high school, Jessica was introduced to her two biggest hobbies: journalism and comic conventions. After graduation, she gave up the dream of becoming a rock and roll icon, and went to college. In that time, she worked for the CW6, 12 News, AZFamily.com, Cronkite News, ASU's I.T. department, and then graduated in December of 2017 with a 4-year degree, in 3 years. After that, she immediately got hired by Fox 10 Phoenix as an Associate Producer. And now, she is a freelance writer for the Geek Lyfe, specializing in breaking news. 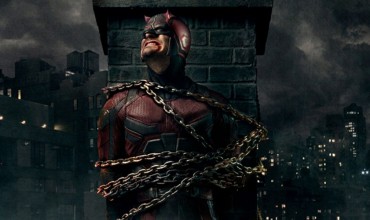 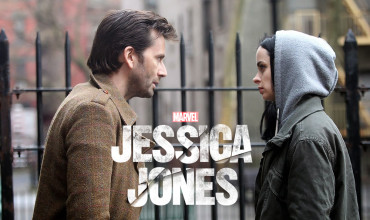 Get Your Cigar, Diego Luna Returns as Félix Gallardo in Season 2 of Narcos: Mexico 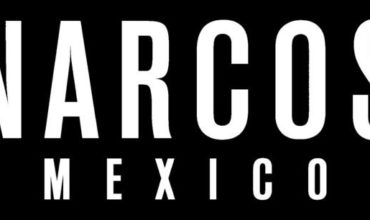 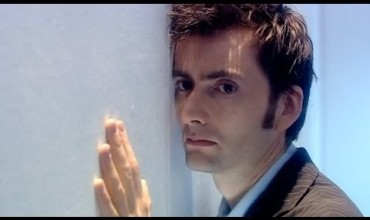