Hey there friends! I am here to bring you this episode of Dungeons & Date Nights! If you are unfamiliar with Dungeons and Date Nights, it is a series by The Geek Lyfe, where DeAngelo Murillo (aka Darth Mexican) and Alexia Berryhill (aka Tardigrade in Space) get together and play Dungeons & Dragons, 5th Edition! In order to keep things spicy, we take rules that are either featured in the Dungeon Master’s Guide or home brews, and throw them into play.

The Story So Far

Meet Quartz, a once human rogue whose entire clan was destroyed by unknown assailants, on her 12th birthday. In her dying breath, a mysterious stranger came to her aid, on the agreement that she would perform three favors in return. Seeing no other option, she agreed.

In return, she found her life restored and was given a dire spider companion, named Q. She was promised to have aid when she seeks her revenge on those who destroyed her people. Before her blood dried on the contract, her body changed into a Tiefling. Her skin tone shifted from olive to a deep, rich red. Three thick, jagged horns grew from her skull. Her teeth sharpened. A tail grew, her eyes turned into a black orbs, and a copy of her agreement was seared into her right arm, detailing the contract in a subscript of Infernal.

Twelve years have passed since that fateful night. Quartz and Q find themselves at the small fishing village of Lowdenheim, for the first time since that night her mysterious stranger appeared and asked his first favor. Having no other choice, she traveled into town and accepted a quest to assist the local lord, Dumas.

Quartz was joined by three other adventurers: a drunken monk named Iron Lion, an over confident Paladin named Tybalt, and the reserved Lo. They arrived at Lord Dumas’s manor, and agreed to safeguard his daughter for a single night, while he and his staff travel to a nearby village on an emergency expedition. Only after a few hours of drinking and eating did they begin to experience odd encounters.

While exploring Lord Dumas’s manor, Quartz finds herself assaulted by unnatural creatures, and fights just to survive from one area of the building to the next. Unfortunately, in order to survive, it meant leaving her companions in a dreadful situation.

Lord Dumas’s daughter, Theodosia, pleads for help and Quartz answers the call. As she investigates her room with her friend Lo, Quartz finds out Lo has been keeping a terrible secret. When Quartz confronts Lo, things go awry as she devastated the group until Quartz was able to save only Tybalt prior to the manor collapsing unnaturally into itself.

After Lord Dumas came upon the ruins of his home, he called upon the Emerald Templars to assist in ‘purifying’ their souls! However Tybalt and Quartz find themselves in the custody of Branwyn, a human Emerald Templar Paladin who escorts them to their holding cells when mishaps occur. They fight for their very lives against an ooey gooey foe! Once they narrowly escape the clutches of this beast, they find out who is to blame for this chaos!

Once Ligma and Sigma were dispatched, a letter was found in the Grimorie of Sigma. It provided details of his family that lived in Snowden Village to the East and a curse that hinders their people. That same night, the nameless devil paid a visit to Quartz and demanded she journey to this village and deliver the news of Sigma’s passing. And so the heroes venture to the East.

They met up with an odd duo by the name of Lobell and Vent who had been magically soul swapped. Together they traveled to Snowden Village to find someone to reverse this curse. Along the way they encountered frost giants, dragons, and an odd floating skull by the name of Jayquleen!

They arrived at Snowden where Vent and Lobell were able to get the help they needed. However Quartz found  a carnival to be in town, all of whom wore a particular, familiar, blue face paint. Concerned that these were the ones responsible for her clan’s death, she panicked. The master of ceremony for the carnival, Rose, helped calm her down and provided them directions to Lenoire so they could complete their quest. Before leaving she realized that Rose had a similar infernal marking on her arms and was a Tiefling as well.

Quartz and Tybalt traveled to Lenoire’s home which was on the outskirts of town when suddenly they were attacked by a terrible flying beast. Their lives were only spared because of the druidic magic of Lenoire. Tybalt admitted to Quartz that his faith is waning and he misses his family.Quartz agreed that they can visit them after this quest. She helped bandage their wounds and Quartz delivered the tome to her. Lenoire was heart broken by the death of her father.

That night in a dream, Quartz’s nameless devil came to visit and advised that the other devils had their own champions and the battle for supremacy was almost ready. However one of the devils broke the rules and empowered their champion with immense infernal magic. In turn, Quartz devil provided instructions on how she can grow stronger as well.

In the morning Lenoire announced that she will conscript Quartz and Tybalt in helping her cure Snowden Village of their curse. Together they traveled to a cave filled with vibrant flowers that provided the cure to this disease. Unfortunately the moment they came into the cave, Q leapt from Quartz’s shoulder and dove into the flowers. Everyone but her were able to avoid inhaling the spores and soon the world around her warped…

If you’d like to check out the previous episodes of Dungeons & Date Nights:

Thank you again so much for checking out our content and supporting us, as we produce more Dungeons & Date Nights! You can find these episodes on all major podcast apps! We are new to podcasting so please bear with us, as we learn. We promise we will improve! If you’d like any assistance on playing or being a Dungeon Master, check out our articles! 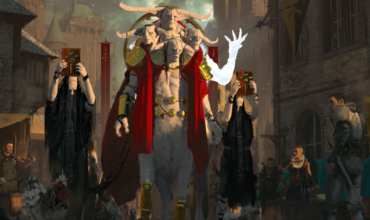 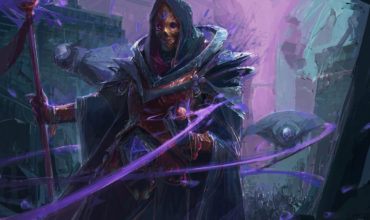 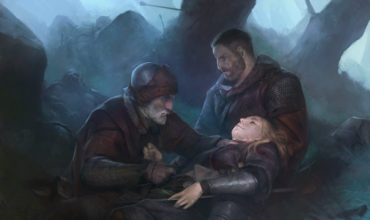 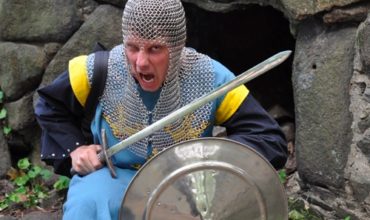