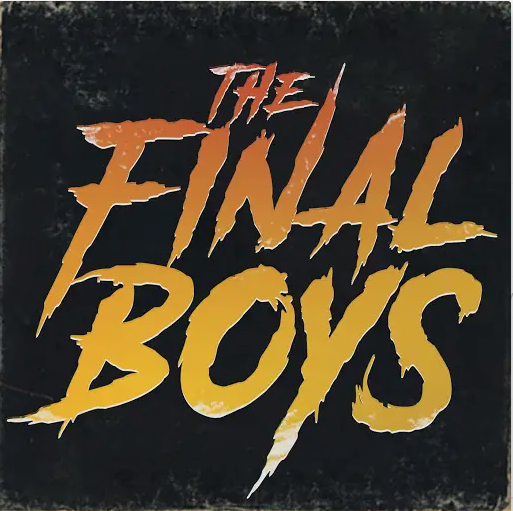 Enjoy things that go bump in the night? Do you love playing scary games, watching terrifying films, or reading up on the worst of the worst when it comes to the occult? Then you need to check out The Final Boys! The Final Boys is a podcast created by horror buffs Mathew Mousallam and Dustin Perrotti. They are a pair of incredible friends who loved talking about spoopy stuff so much that they decided to dive into creating content centered around just that!

At the time of writing this article they have six episodes out. A majority of them are about films not as well known to the general public from Trick or Treat to Creep. While fans of the genre will have no doubt seen a lot of these films, it is great for folks, like myself, who never really like getting scared to get exposed to them. In the episodes they not only discuss the plot of the film but also go over fan theories, behind the scene tales, and so much more. While they agree on most topics, there are a few times they get into a debate and it is a lot of fun to hear both of their takes.

Mat is obviously a veteran of the genre and has seen an incredible amount of films while Dustin has seen his fair share but often has to watch the movie before the recording. This gives great perspective since Mat will sometimes have a vague recollection of certain scenes while Dustin can give accurate retelling. At the same time, Mat’s opinions can carry a lot of weight due to the fact that he has been around the block with these kinds of films and can compare and contrast to similar movies. Don’t even get me started on the chemistry between the two! They make a solid team all around!

Admittedly my favorite episode thus far is the Haunted Objects episode where they go over stories involving cursed items. I don’t want to spoil anything but let’s just say I will never ever in a million years disrespect dolls or jokingly interact with any sort of objects even slightly out of the ordinary. I got such chills from all the information they gave that I consumed that episode as though ten minutes had gone by.

Overall The Final Boys is a great source for some solid horror content and I recommend them to any one who loves the genre! Even in their indie state they are knocking it out of the park and I am stoked to see what comes next! Be sure to check out their content wherever podcasts can be found! iTunes | Google Play | YouTube

Maze Runner: The Death Cure Review! How Many Mazes Must They Run Through?!