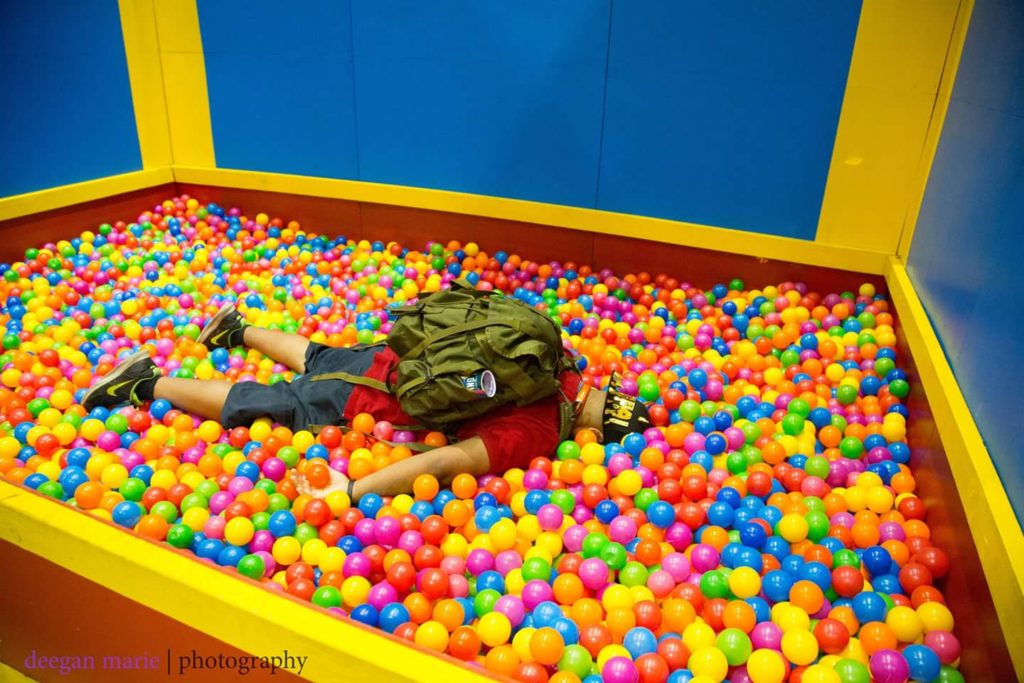 Thousands of candles can be lit from a single candle

Thousands of candles can be lit from a single candle

In memory of Geoff

Often times in life we are taught our most important lessons not through school but through experience. This experience might have been a wonderful 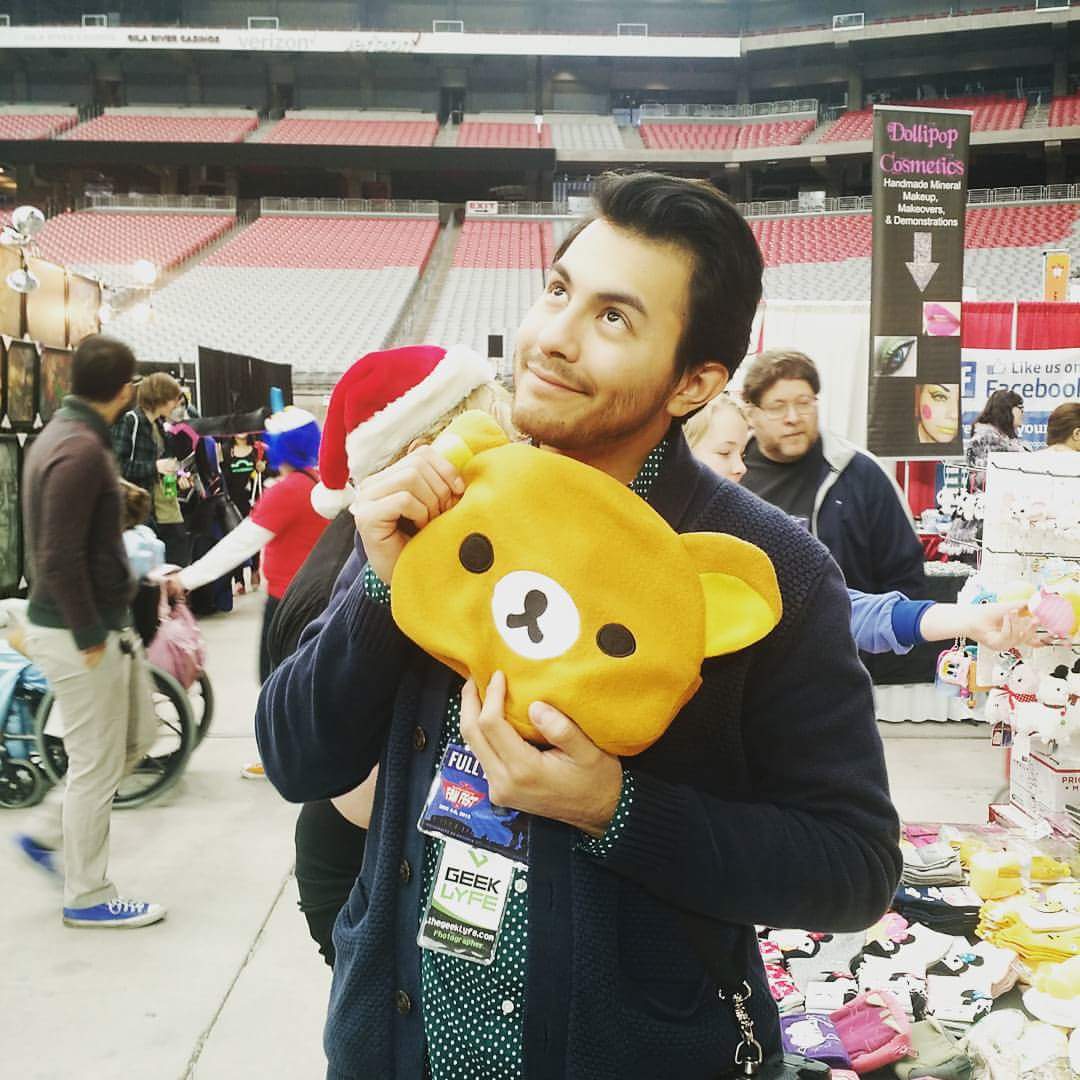 road trip with friends that taught you not to sweat the small stuff or a time where you said yes to every project and powered through them despite the long hours and found how much you can accomplish.

In these hardships we tend to discover ourselves in positive ways that help us conquer greater tasks that lie in our future. It is a fantastic feeling to know that you can break through any roadblock that comes your way because you have the support of your friends and family to help you when you are down.

I came into the year of 2016 reserved, optimistic, and filled with a drive to make a positive change in the Arizona geek community which I loved. I reached out to various people to work with on projects that would bring great content to the site. While many projects did turn out awesome, I also had projects go belly up due to a number of factors that I should have stopped before they became an issue. In the same year I fell hard for a woman I had admired and let that eat away at me for too long until it affected me professionally. Ultimately things did not work out and I found peace in her response because it cleared my mind and allowed me to do the right things. I traveled by myself multiple times and it was terrifying yet liberating at the same time. I learned so much, grew so much as a leader, and would not trade those experiences for anything in the world. 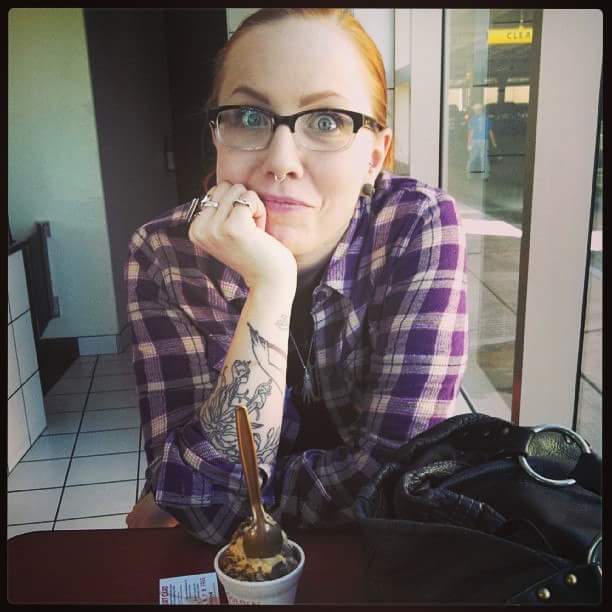 Unfortunately not all life lessons are about feel good triumphant moments. Sometimes there are terrible events that happen to you or those around you and some incidents you could not have done anything to change what happened but still must deal with the aftermath.

The event that I wish to everything that I could change, the incident that rocked me to my core was the death of a stranger.  I made a video explaining what happened but if you are hearing about this for the first time, I attended a gaming convention and while there I was in a slump over the girl I had feelings for. In my grief I sought refuge at a hotel bar. A friend had come to comfort me and with her was her friend who was a guy. He had no idea of my situation and I knew nothing of his. I regret to say that I was not kind to him that night and it turned out to be his last night of this earth by his own volition.

I was wrecked morally about my choice to let my unreciprocated feelings for a woman cause me to act rude to someone I didn’t know. I attended his funeral and endured the scene of his friends and family charing their cherished memories of him. There I was in the back of the room, the villain who didn’t even give him the time of day on his final day. I swore to any and all God’s listening that I would never again allow something so terrible occur.

I remember a night when I was at my absolute lowest, those sickening thoughts of doing something permanent to stop the doubts and anxiety that beat so furiously in my breast. I was mainly down and out about women, always has been an issue for me but at the age of 22 it hit the hardest. I looked to my phone for anyone to send me a message just to see how I was and received nothing. I would look on social media to find my friends out having a blast without me and misconceptions formed. I was home alone and for about an hour stopped what I was doing and stood in the kitchen hovering over the knife drawer just bawling in place. Even writing about it now, after so many years, makes my heart race and eyes brim with tears. I never even touched the drawer but I still felt as though that action would have been the final line. I was so terrified. It was that moment that I had the fight of my existential self, debating on whether or not it was worth living. 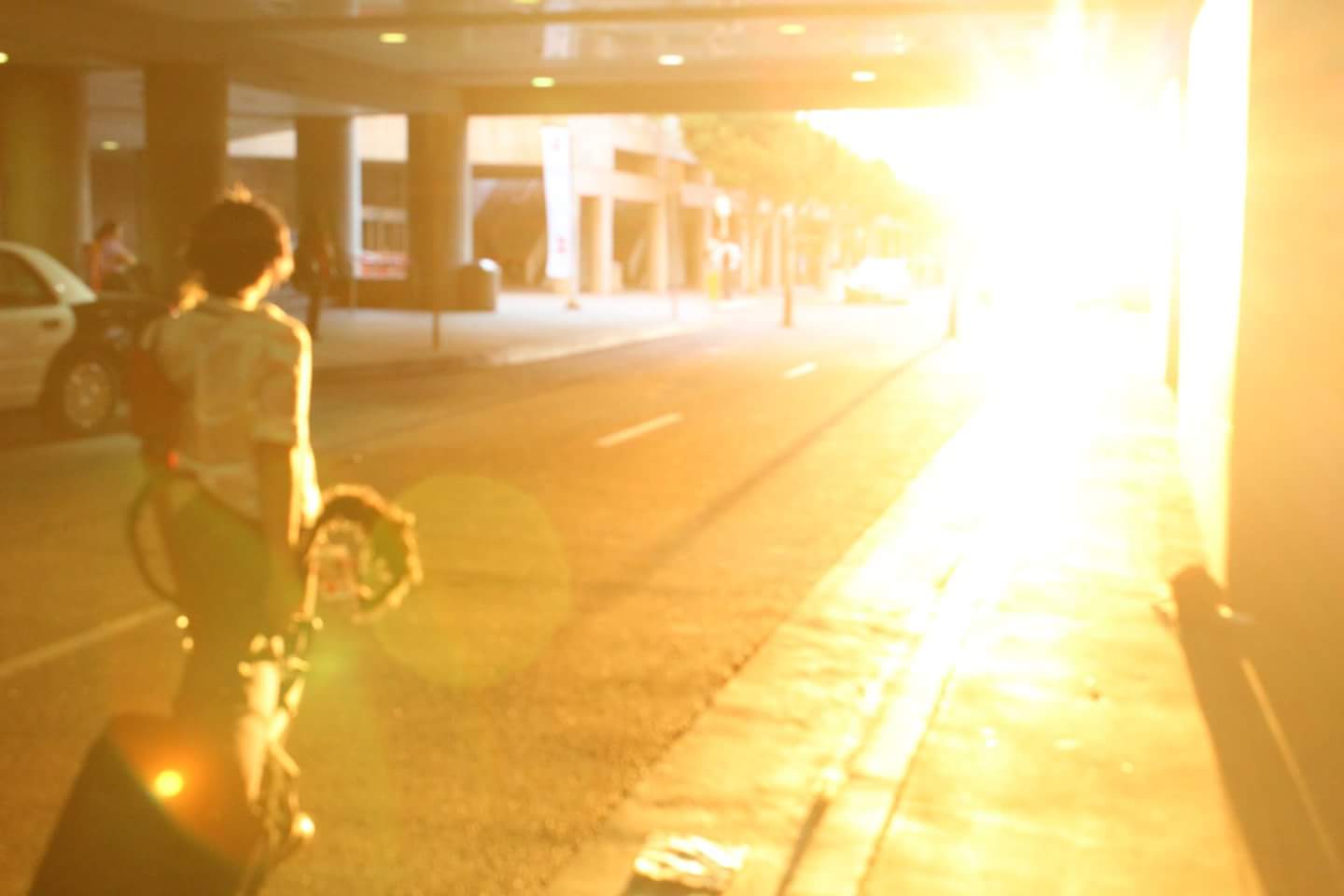 I am proud to say that it was my pride that saved me that night. I promised myself that neither heaven nor hell would ever tempt me to end my life again. If I was faced with a hardship I would get furious than sad and overcome. If I was also be then so be it. I would carry on with my life being who I am and I would love myself.

But this stranger that I disrespected did not win his fight. And still, despite so many telling me I was not to blame, I am riddled with guilt. That experience opened my eyes to my friends and their various emotional states because I had one experience of that but some many others have various tests of will.

An example of this was a teenager who took their life while on live stream and for hours the internet made fun of him for it. An event that should only receive mourning and reflection became filled with memes and hate speech for the deceased as they brought forth every bad thing he every said online. Could he have been saved had folks been just that much kinder to him, I wonder?

I hadn’t realized just how many suffer from terrible thoughts that I know will only grow stronger with enough bad experiences. I tried from then on to reach out to those people, even if they were not the most appealing or accepted socially to tell them that they matter.

For my actions I have already felt the sting of judgement by friends and others but it bothers me as much as cool breeze on a summer day. Their experiences hadn’t brought them to their knees, they don’t walk with regret for not helping enough and so I can not judge them for not being able to comprehend why I run and go the distance to love. I can only support them when they suffer and hope they do the same to others.

I encourage you, the reader, to take some time in your life to recognize those who might be suffering and help them. Even kind words make the difference to some and it costs you so little in return.

This always seems like an idea that we can all agree upon until it comes to those that we are not fond of. Imagine your arch nemesis, the person that you absolutely loathe and makes your skin crawl. If they needed you, really needed you, what would you do? If they were hungry and could not afford to eat? If it was 2am and they called you because their car broke down at 2am in the middle of nowhere? What if they admitted thoughts of suicide or you found out they had those thoughts?

Can you truly say that you would let them pass away from this world and be able to sleep at night? I know I could not.

I’m going to go out on a limb and say no, you wouldn’t. You are not perfect, none of us are but you are a good person. You might not be nice to them but you would help if you knew they needed it.

The sad thing is that we almost never know when they need us until it is too late.

How can we geeks watch various series of geeky media that show the kindness of heroes overcoming the differences of their enemies in order to become friends or at the very least civil. No matter what the crime was, Goku always offered his help to his enemies and some of them even changed their tune because of it and then went on to help others.

It is my hope that maybe, just maybe, if enough kindness is passed around those permanent solutions to temporary problems seem far less attractive.

Thanks for taking the time to read this! And never forget that you matter! 🙂

P.S. The people and videos linked are things that inspire me or have been a huge impact on my life in a positive way. They keep the hard times at bay whether they know it or not!

Thousands of candles can be lit from a single candle, and the life of the candle will not be shortened. Happiness never decreases by being shared. -Buddha 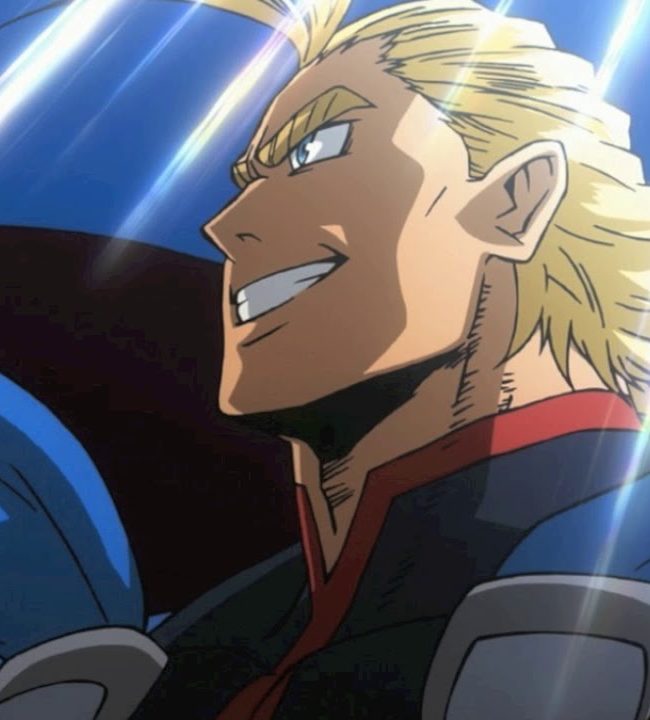 The Silver Lining of a Global Pandemic That Is the Coronavirus 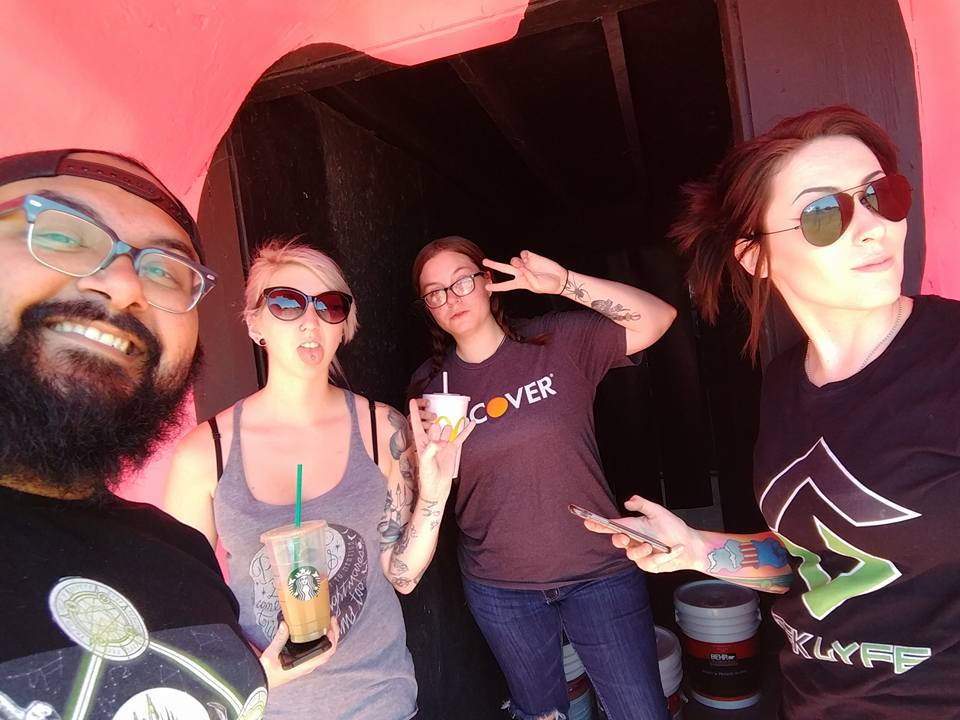 The Geek Lyfe is Thankful!