Back in the day parents didn’t really know how to handle the emerging culture of video games. For many, they simply judged the game by its title or cover and decided whether or not to purchase it for their kid. Most of us geeks have been disappointed by a Christmas present that was a lackluster video game that left us grateful for the effort but disappointed by the product. Alternatively, we were given Grand Theft Auto: Vice City or Manhunt and uh, we shouldn’t have probably seen that content at that age.

Now that we are adults with little ones of our own, we now have more knowledge and experience to assist other new parents on getting their kids content to actually play with them so that it won’t overwhelm or bore anyone at home.

The Lego video games are an absolute must for any household of little geeks. First off, they have so many iconic IPs under their umbrella that it makes it easy to find a game your family will love. Lord of the Rings, Harry Potter, Star Wars, Indiana Jones, Batman, Avengers, and so many other series are available for purchase that offer a ton of gameplay and unlockables.

The gameplay is simple and the puzzles are only moderately difficult at worst that allows you to pretty much solve any situation by destroying everything in the room. There are also plenty of hints to guide them during solo play and co-op is as easy as connecting another controller. The games always offer a ton of humor, and the challenges are enough to make it fun for you!

Rocket League is a game that features cars with booster packs that play soccer against one another. That concept alone is enough to convince almost anyone to pick it up and for good reason. Rocket League is a tremendous amount of fun for all players, however, it does require a moderate amount of skill in order to play against others.

A simple way to counter this for those little ones who aren’t ready to face off against online opponents is to play in offline mode with no cars but your own so that they can drive around, jump, hit the ball, and occasionally get it into the goal! Co-Op is very easy to play and will be fun for parents who want the entire family to play together for fun.

Super Smash Bros is an iconic franchise known for taking beloved video game characters and having them duke it out with each other. While fighting games might seem overwhelming for younger kids, it is actually easy to grasp the initial core mechanics which is enough to get them hooked. The flashy moves, stages, music, and items give them enough content to consume and enjoy before yearning for more.

The more they play, the more they learn about the game and soon enough they’ll be putting up a solid fight against you. I’ve been recently playing Super Smash with my girlfriend’s 4-year-old and he is already picking up shield dashing, edge guarding, and timing his attacks. What is even more fascinating is that he understands that he is improving which makes him want to play even more.

That is right! PBS Kids actually has a cell phone app that features a ton of educational games that are easy to play and fun. While there isn’t any co-op that I know of, there are just so many games available that it’ll entertain kids on the go. The app is free which makes it an absolute must if you need a bit of silence while they learn to build bridges with various shapes or learn how to resolve conflict with their friends in a healthy way.

The only downside is they will inevitably find that one game with that one song that will drive you up the wall. Your kid will spam that line again, again, and again. There is no escape or solution because the app is so helpful that you must pay this terrible price. I am looking at you, Daniel the Tiger.

Minecraft is a tricky beast that has an abundance of wonder and entertainment but has a high learning curve that can frustrate even adults. The game throws you into a randomized world where you use the resources around to make tools that will help you build your own house and defend it. It features a variety of enemies, animals, and zones that will leave any gamer in awe.

If your little gamer is able to learn the basics, it’ll be smooth sailing from there. This is a big if though since the basics are rough with figuring out punching wood, making a crafting table, getting the materials for tools, and then finding the resources. If you get killed by monsters then you lose everything and respawn. As you can imagine, it’ll cause screaming and crying if not addressed.

Even in creative mode where you are invincible, can fly, and have access to all of the items in the game, it is still overwhelming. I’d recommend Minecraft for kids over seven years old just because it requires a level of patience and understanding that might be too difficult for younger kids. If they have older siblings then there is a chance they’ll catch on but it would still be a challenge.

Minecraft is co-op friendly and available on every platform so you can help protect your adventurer from harm as they learn how to plant carrot seeds.

There are plenty of other games out there to also check out but these are the ones we enjoy most! Have a suggestion? Leave it in the comments below! 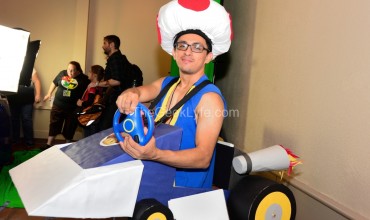 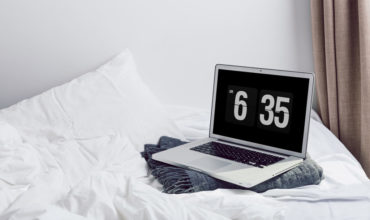 Astroneer- The Space Game You Want 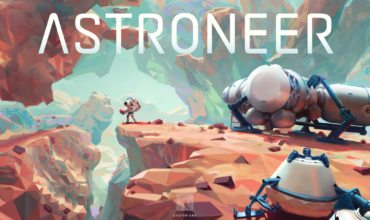 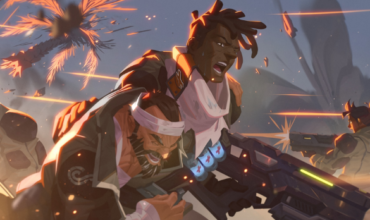