Love Dungeons and Dragons? Enjoy hearing friends having a blast with one another? Then I have a fantastic new podcast for you to check out! The name of it is ‘Almost Heroic’ and it consists of our dear friends Tony Pisano, Robert Zoeller from the YouTube channel Bytes n Brews as well as indie Twitch Streamer Evadude and aspiring voice actor, The Voices of Scott. The campaign is ran by an indie content creator by the name of The God Damn DM!

Together they have weekly episodes that air on both iTunes and Google Music every Sunday. At the time of writing this they have released four episodes of their second season overall but first season as an audio podcast.

From the moment the episode starts you can tell the cast are good friends of one another by the casual atmosphere and jabs taken at one another. They find it easy to laugh and genuinely have fun with the game.

The cast of characters consist of a mysterious old man, Ralf, Garret,  and Sammael. Each character has their own individual quirks and signature moves.

The most notable character is Ralf played by Evadude. His roleplaying is so outlandish and unpredictable that you will find yourself craving his next action. While the rest of the party uses logic and tact, he goes in with chaos. Literally summons a swordfish to fight by his side as well as gets rolls high enough to force unique animals into uncommon areas. The jokes delivered by Rob of Bytes n Brews are my absolute favorite! The man is so quick witted that he fires off a joke before another person can finish their sentence and it’ll be so on point that it takes you a second to catch up. I have literally laughed out loud with the podcast after some of the jokes! It just shakes up the story line for everyone involved and while it makes the players and DM cringe, it is wildly entertaining to hear how they handle the chaos.

The Dungeon Master style by The God Damn DM is very casual, often allowing players to joke around referencing out of game situations, names, and media. The table is a very laid back environment that results in very open ended results depending on die rolls and imagination. This is comforting because the learning curve for the podcast is almost next to none. You can simply pop in and not worry about the story or mechanics and just focus on the group of friends getting into trouble and finding out how they get themselves out of it. If you miss an episode, it’s no big deal at all because every episode is enjoyable!

One of the major aspects of the podcast that I have an issue with is the fact that they use a grid system for combat. Multiple times during the episodes you’ll hear players say “I’ll go here.” or “Okay so he is here and you are there.”. It is a disconnect for the listener because that information is reserved for only those at the table.

Granted, I do believe they are aware of this and make an effort to describe the environment and placement but it only happens maybe 40% of the time. I found myself in a daze for combat while they discussed logistics because it was not enough information for me to piece together until they gave a description.

I have listened to the four episodes they have available twice now and still could not tell you what the plot is. I know that there is some sort of order and they are tasked to do something? I believe this problem is due to the constant breaks of immersion with the out of game jokes, player names instead of character names, etc.

However the players do address this in the podcast saying “What? Do you think this is a serious podcast?”. This both helps and hurts because on one hand knowing the cast don’t take things seriously lowers the bar for what the listeners are expected to know. Once those words were uttered I found myself filtering a ton of information to the point of it being white noise for logistics, Non Player Character actions, plot, mechanics, and would then perk up for the jokes and punchlines.

It feels as though it had planned to be a hardcore D&D adventure but then naturally became more lax. With every episode the quality of both audio and adventure get better. The best thing they can do is sit down and decide whether or not they want to become more of a serious D&D podcast and never break immersion or to settle in their casual state and have a more general adventure and allow the players to guide the game.

Check out the first episode here!

Almost Heroic is such an enjoyable series that gets better with every single episode! I now find myself looking forward to each and every yesterday to laugh along side them as they game. I recommend this podcast to anyone who is looking for a casual good time with a low bar to entry for entertainment that will give you the experience of D&D without being drowned in high fantasy terms and RP.

It also gives a fantastic insight to the personalities of the cast and what kind of content you can expect from their own separate brands. It feels very much so like being on the ground floor of something in the process of becoming amazing! 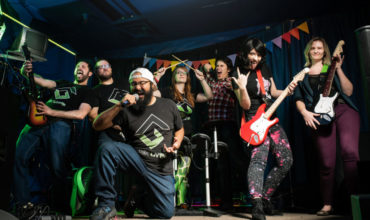 The Geek Lyfe and Homies Raised Over $500 for Charity! 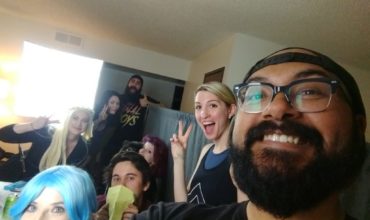 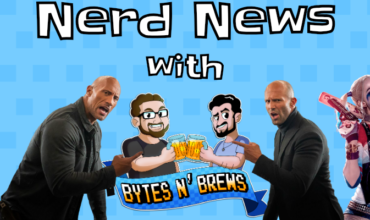 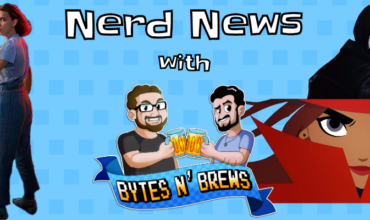