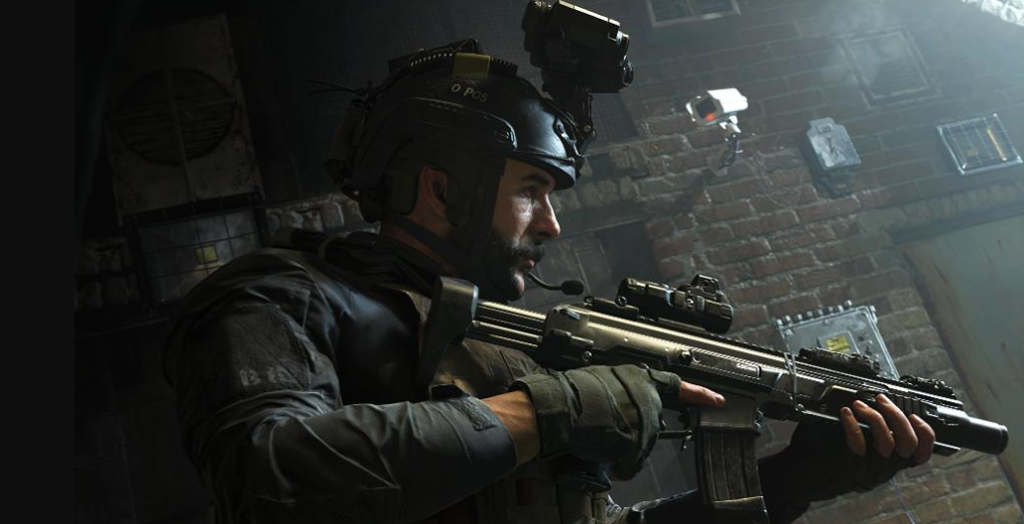 Call of Duty is a franchise that has entertained gamers for years. Many nights of my college years were spent up far too late playing with friends and loving every single minute of it. Over the years it has changed from going back in time to far into the future. Whatever route it took to showcase the intensity war had to offer while also adding onto the game to allow gamers a new experience.

Call of Duty: Modern Warfare 2019 is no different in this concept, it brings you every single aspect you love about the series but in better graphics, storytelling, and features.

The stakes have never been higher as players take on the role of lethal Tier One operators in a heart-racing saga that will affect the global balance of power. Call of Duty®: Modern Warfare® engulfs fans in an incredibly raw, gritty, provocative narrative that brings unrivaled intensity and shines a light on the changing nature of modern war

Developed by the studio that started it all, Infinity Ward delivers an epic reimagining of the iconic Modern Warfare® series from the ground up In the visceral and dramatic single-player story campaign, Call of Duty: Modern Warfare pushes boundaries and breaks rules the way only Modern Warfare can

And the story doesn’t end there

In Call of Duty: Modern Warfare, players will be thrust into an immersive narrative spanning the entire game

Experience the ultimate online playground with classic multiplayer, or squad-up and play cooperatively in a collection of elite operations accessible to all skill levels

Campaign: The single-player experience within Modern Warfare engulfs you in an epic narrative, bringing unrivalled intensity and shining a light on the changing nature of modern war. In this gripping story, you play across three characters – Sgt. Kyle Garrick, CIA Agent Alex “Echo 1”, and Farah Karim, leader of the Urzikstan Liberation Force – in a covert battle for the global balance of power. The Campaign features multiple difficulty options, which fit a wide scope of players from those new to the franchise (Recruit) to seasoned experts (Veteran).

Multiplayer: There is a wealth of content in the Multiplayer mode, ranging from Free-for-All games to tactical objective modes, on a variety of maps based on locales within the Modern Warfare universe. Your Operator will enter Multiplayer maps complete with an ultra-customizable Loadout and tide-turning Field Upgrades. Rank up your soldier to unlock the full suite of Loadout options before continuing progression into Officer Ranks. Earn experience for your weapons all the while to unlock Attachments and Weapon Perks to further customize within the expansive Gunsmith.

Special Ops: The co-operative mode of Modern Warfare continues the Campaign’s story through Operations. Gather intel and tackle the mission however you and your strike-team see fit with all Operators, Loadouts, and Progress carried over from Multiplayer. Special Ops also includes Missions, one to four player challenges that will test your skills against the clock, ranking your performance on a three-star scale.

And that’s not all: Modern Warfare is scheduled to have live seasons post-launch featuring a load of new post-release content coming free for all players on all platforms simultaneously.

I really enjoyed Call of Duty: Modern Warfare. The game has been given immense care and support that playing it feels satisfying. The various weapons and tools used in multiplayer/campaign are fun. It is very nostalgic from the first few Modern Warfare games where they kept you on the edge of your seat as you feared for your life as your character was thrust into a situation where just a handful of bullets meant death.

The voice actors did a superb job during the campaign and the graphics themselves were breathtaking. It is a work of art, to be frank, and even more so as they tell frightful tales of very real situations that can happen at any time. There are no superpowers or fantastic concoctions, just men and weapons with weapons and a strong purpose to change the world for better or worse.

I do recommend Call of Duty: Modern Warfare 2019 to folks looking for a great storyline with an incredible multiplayer experience!