D&D On The Rise Despite Advancements In Gaming Tech 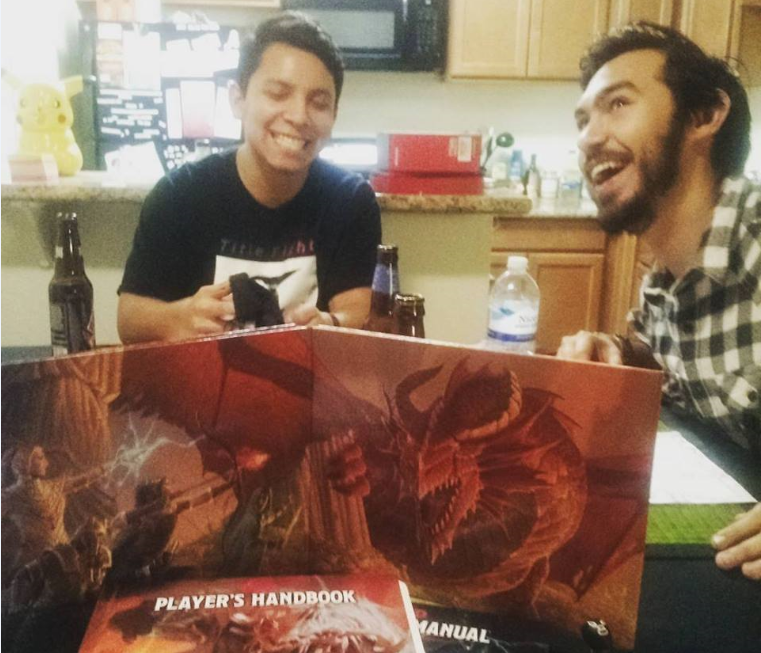 D&D On The Rise Despite Advancements In Gaming Tech

In 1974 the world of geeks was forever changed by the creation of Dungeons and Dragons by Gary Gygax and Dave Arneson. As the years went on, this game of might and magic that were guided by rule books and dice rose to power in the 80s being featured in various forms of media. For a good while D&D players were ridiculed for their love of spending hours listening to made up stories and interacting with it with dice and character sheets. As video games became more advanced, there was a decline in table top gaming for a majority of geeks due to the fact that you could have an enjoyable fictional experience in the comfort of your own home while still hanging out with friends.

One would assume that as technology continued to advance, it would smother any sort of attraction to table top role playing. For example games are coming out with graphics so refined that it is difficult to determine whether a character that players would look at is a work of fiction or reality. On the other hand, some games could be played in complete virtual reality so you could be even more immersed in your favorite media. However, what is happening instead is that the geek world is being exposed to more and more D&D content.

Personally, I was exposed to “The Gamers” which was a film about Dungeons and Dragons as well as a collaboration between Wizards of the Coast and Penny Arcade with their iconic Acquisitions Incorporated podcast. Even at that time I did my best to share these incredible pieces of content with friends but were turned away. Fast forward to 2017 where legions of Acquisitions Incorporated fans travel from all over the world to watch live sessions that include renowned authors and actors.

Many new geeks admit that it was a popular D&D show called Critical Role hooked them on the fantasy role playing game. It is easy to see why as the show consists of famed American voice actors who role play their characters with such finesse that viewers can’t help but become so invested in both the story line and the characters. Following their foot steps came so many other forms of D&D content such as Twitch streams involving popular streamers or even YouTube channels that are known for only playing video games such as Game Grumps have released their own D&D adventure with Dragons in Places!

A good amount of my free time now is spent listening to hours of adventure from different groups. I just lose myself in their episodes more so than many other forms of media. But why? Why is this game that requires dice, rule books, and paper form the 80s gaining enough momentum to eclipse newer games? Well, I am but a simple man but I believe that it is the fact that it is such a collaborative experience. Every single person has the ability to alter the story line with their actions and input. You are not just a silent observer that consumes entertainment, you are the actor in the play except you must write your own lines and actions with the quality of those actions being determined by the roll of a dice and the whim of your Dungeon Master.

Dungeons and Dragons is such a fantastic medium and I am so excited that more and more gamers are enjoying the content coming out for it. I encourage everyone to check out the incredible content creators listed above since their work is so enjoyable! We also have our series whiiiiich we still need to finish! If you have any questions about D&D feel free to comment below and we would love to help out! Also be sure to check out Almost Heroic which is our homie’s show!

I also recommend checking out Sirens of the Realm which is a new D&D adventure featuring an all female cast! They focus on a band of bards that find themselves in situations where music or might is the answer to problems. It is actually really fun and I loved watching their series!

Watch Episode 1 – Sirens of the Realms from dnd on www.twitch.tv

previous post
Dope Artists To Support On Small Business Saturday
next post
Could Pyrrha Return to RWBY? Should She?