I first got Fantasy Freaks & Gaming Geeks for my 16th birthday, and as a big lover of all things geeky and nerdy, honestly I thought it was fantastic. Never had I come across a book before that detailed a journey about all the things I knew and loved, almost as a geeky encyclopedia. In Fantasy Freaks & Gaming Geeks, Ethan Gilsdorf, former Dungeons & Dragons addict, travels the world exploring exactly what it means to be a geek and lover of all things fantasy, in today’s culture. Although when I first started reading the book I had never played D&D, it was strange that some years later I was invited to join a group of my own friends who were interested in setting up a team of fighting characters. I remembered that the author of Fantasy Freaks & Gaming Geeks was practically an expert on the tabletop game, and now that I was writing for The Geek Lyfe, leapt at the opportunity to possibly interview him.

Here is our interview with Ethan Gilsdorf!

The Geek Lyfe: Thank you Ethan for this opportunity to interview you about your book and Dungeons and 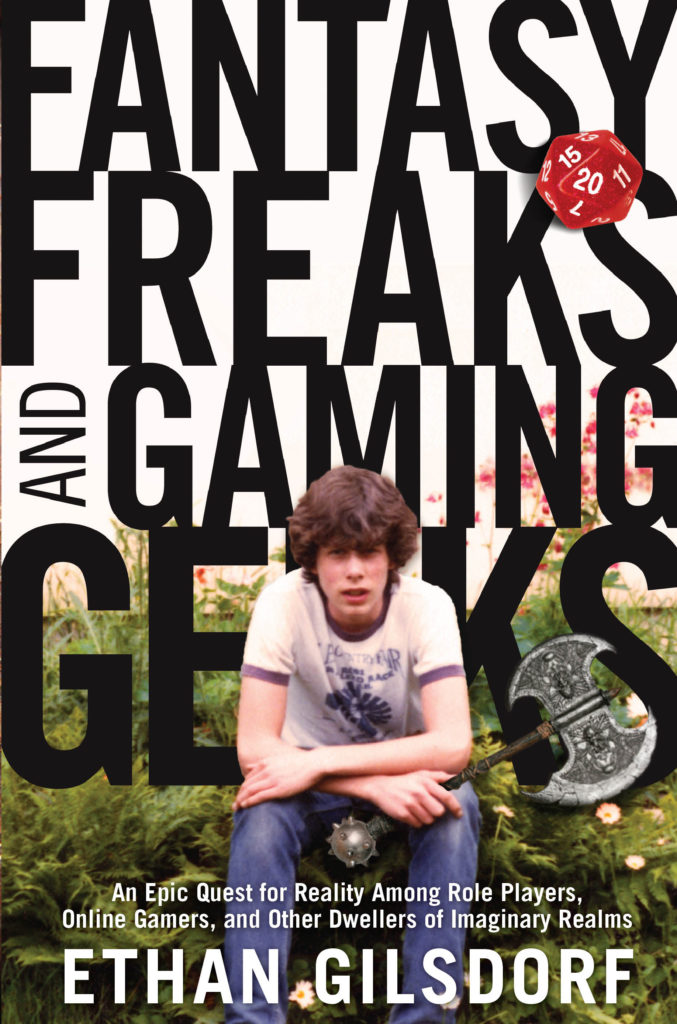 Dragons! Although I’m a big fan of your book, in which you detail how you were first drawn to the game, some of our followers will be unaware, could you explain a little about why it became such an important game to you?

Ethan Gilsdorf: You’re welcome. I begin Fantasy Freaks and Gaming Geeks, (Synopsis of the book here) by talking about how I got hooked on D&D. It was the 1970s and early 80s, a time before the Internet and smart phones – yes, such a time really existed! I grew up in a small town in New England where it was easy to feel isolated and that no one else shared your weird views of the world and reality. I was also a super shy and introverted kid, and making friends and socializing was tough for me. I read a lot of books and drew a lot of pictures. Overall, I was pretty afraid of the adult world.

Meanwhile my mom, a single parent and newly divorced, only 38 at the time, was stricken down by a crippling brain aneurysm. She survived the tragedy but was greatly changed physically, mentally, emotionally and behaviorally. The adult world just got a lot more scary.

As luck would have it, a new kid moved in across the street for me who brought Dungeons & Dragons to our tiny neighborhood and taught me how to play. D&D opened a new world of fantasy world to me, where I could escape, go on adventures, feel powerful. The real world didn’t have a rulebook but D&D sure did. It changed my life, gave me a place to park my imagination, allay my fears. I had agency, and control and power.

Of course, you don’t have to be an introverted nerd to love D&D, nor have suffered some great personal drama. But for me, D&D fell into my life at the perfect time. I played it incessantly for five or six years until I graduated from high school.

I didn’t know it at the time, nor would I be able to really articulate for year later, but D&D had schooled me in many skills. This is the subject of my TEDx talk “Why Dungeons & Dragons is Good for You (In Real Life)”  where I discuss how D&D can teach you about collaborative team work, recognizing diversity, solving problems, developing your character, and stretching the limits of your imagination.After years of not playing, I’ve come full circle, and I play now, too.

TGL: Dungeons and Dragons has already evolved so much since its origins, the MMORPG Neverwinter is now available on consoles and PC, and there’s even been a film. But do you think D&D could ever swap the pen and paper for say, a VR headset? Do you think this would be good for the game?

Ethan Gilsdorf: I’m an older gamer, and as I said, I learned to play D&D in the late 1970s and 1980s. Despite all the years that have passed, many versions of the game have been released, and other D&D-like RPGs have come out too. But the basics of the game haven’t changed: It’s still dice, and maps, and rule books — though some rules you can now read on your tablet or smartphone. Most importantly, the core of the game experience remains: communal storytelling, collaborative imagination, going on imagined adventures where you get to role-play someone who is not you. And have a hell of a fun time, too.

So while there’ve been a number of iterations of D&D and, as you mention, games and movies and books that seem to be set in, or steal the world of the D&D, the game endures. It’s powerful stuff. 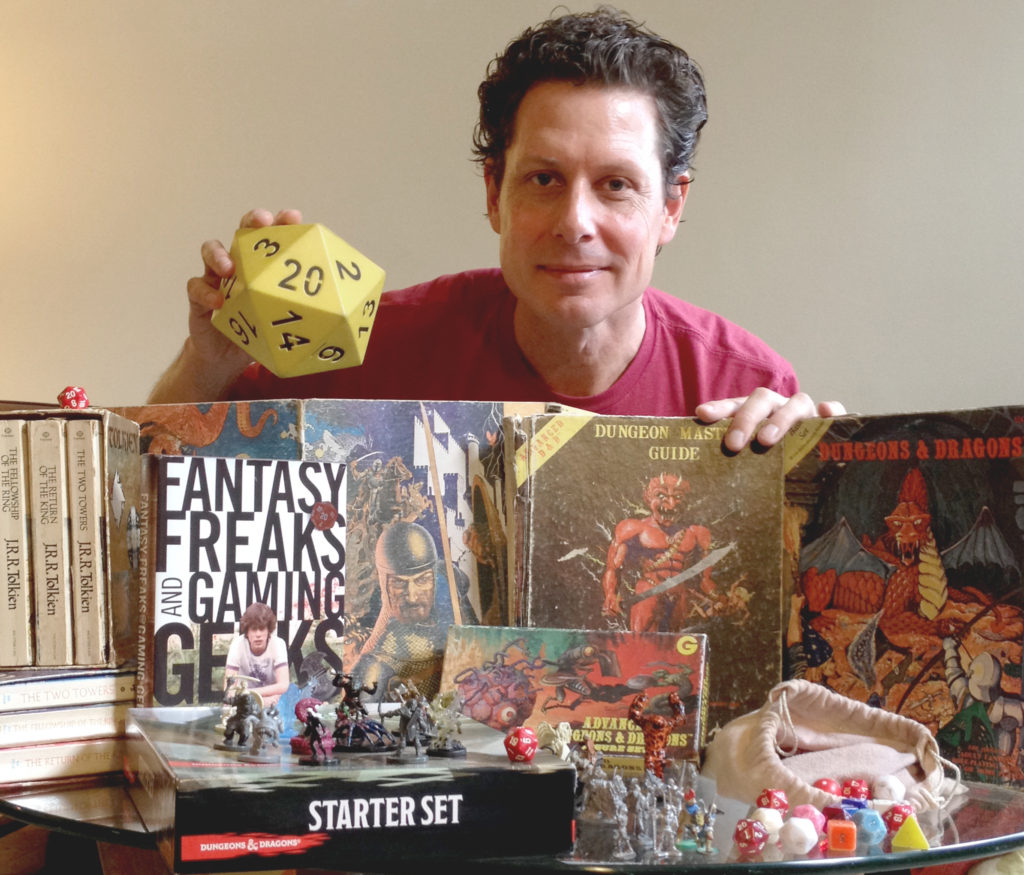 Now, depending on how you play, the world of D&D probably feels a lot like a generic fantasy swords-and-sorcery storylines you’d see in a novel by Tolkien or George R.R. Martin or a host of others. I think all of these iterations – video games, movies, books — would certainly feel like they take place in D&D world. But even played on a VR headset, these iterations don’t quite capture the experience of playing D&D. There’s a difference between reading a book set in a D&D-like world and actually sitting around a table, inventing the story as you go with your fellow players, your friends, your fellowship for that Friday night. I guess I’m a little old-fashioned when it comes to these things. I’m all in favor of fantasy entertainment and its widespread acceptance. But I don’t feel like a video game or film really adequately captures the experience of playing D&D. It’s like the difference between watching a play, and being in that play. Totally different. Luckily, D&D makes it easy to be in that play.

TGL: The D&D series Critical Role made by Geek & Sundry has now amassed a huge following, and even featured celebrity guests who love D&D such as Vin Diesel. Do you think D&D may be gaining popularity as a coping mechanism to deal with these uncertain times, as with many popular fantasy games?

Ethan Gilsdorf: I’m excited as the next nerd about the mainstream acceptance of D&D. And I love the idea that people who never would have considered playing it in the past, certainly folks who never would have played it back in the pioneering days that I played D&D, are now being introduced to the game. There’s less of a stigma attached to playing it, and the fact that Vin Diesel or Dan Harmon or a Girl Scout troop throws dice and kills orcs all gladdens my heart, because I feel like this is an experience that should be available to anyone.

I’m not certain that the popularity of D&D specifically is the result of “uncertain times.” We’ve lived in uncertain times for decades, if not centuries, or forever. But I think you’re onto something there. That line of thinking works if you also look at the ways in which Game of Thrones, Harry Potter, the proliferation of superhero movies, all represent some manifestation of a desire for people to be heroic, have agency, kill the bad guy, save the world – or watch some other dude or lady do it. For sure, the world is murky and these manifestations of heroic fantasy all seem to speak to a lack of agency for us, here in the 21st-century, that we seem to be yearning for. Does that make sense?

TGL: Do you think it’s at all possible that somewhere in the not too distant future tabletop gaming could disappear completely to more technologically advanced games?

Ethan Gilsdorf: I really hope and believe that tabletop gaming will never disappear. It’s really experiencing an incredible Renaissance now and I feel like any number of individuals who already feel the addictive lure of their screens and smart phones and Netflix entertainment which keep us zombiefied every evening, and parents who worry about screen time for the kids, well, we all want some relief from that. Any sort of board game, be it D&D or Settlers of Catan or Ticket to Ride or some dice game you play when you’re half drunk, there’s this desire to interact, to socialize, to do face-to-face do things together, rather than simply watching and consuming stuff on some 5 inch rectangle and interacting with a Pokémon world that is only half there. I would hope that pen and paper games, or for that matter, printed books and maps, and hand-written notes, would never disappear.

TGL: What was it that you most enjoyed about your adventure in Fantasy Freaks and Gaming Geeks? And would you ever consider taking another similar journey to explore how things had changed? 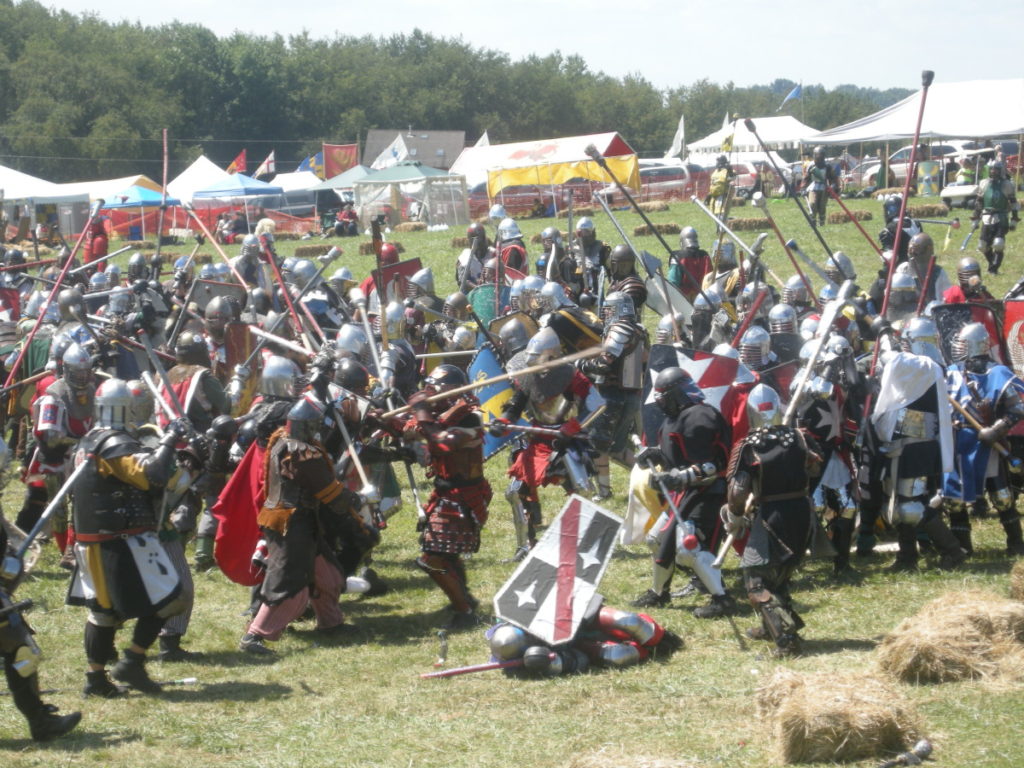 Ethan Gilsdorf: There were so many things I discovered about myself and other people and, it seemed at the time, about mysterious subcultures — from extreme Harry Potter fans, to online gaming guilds to Larping. I think my two favorite chapters are about the castle building project in France called Guedelon, where they are building a medieval castle using only medieval era technology and techniques, and the Society for Creative Anachronism and their annual gathering called Pennsic in Pennsylvania. It was in visiting these places, these time portals in a way, that these creators, mad castle builders and groups of thousands of reenactors, that I saw people determined to create a little refuge from the modern world, to create campsites and mock battles and real stone walls, that felt like a real buffer against the 21st-century. There was something quite — and I hesitate to use the word “magical” — but imaginatively immersive about visiting those places and interacting with the people involved in creating them that I found incredibly inspiring and hopeful.

Of course, I also loved traipsing around to New Zealand in search of all of the Lord of the Rings filming locations. I’d do that again in an instant.

So maybe they are other subcultures I could explore in another book — who knows? I always try to keep my elf eyes and ears alert to what’s happening out there in this world, and in other worlds.

We want to give a huuuuge thank you to Ethan for answering a few of our humble questions! Be sure to check out more of his amazing content at his website: http://www.ethangilsdorf.com/ !

In addition to being incredible in every way, Ethan wants to give a signed copy of his book to one lucky Geek Lyfe reader! Geek Lyfe will also throw in some table top goodies to add to the giveaway to ensure you’ll have some of the basics if it inspires you to jump right into a session of D&D!

To enter simply comment below about your all time favorite moment while playing Dungeons and Dragons with your friends! We’ll send the short stories to Ethan and he’ll pick a winner!

Dungeons and Date Nights Episode 9: A Fever, Fiends, and Flowers 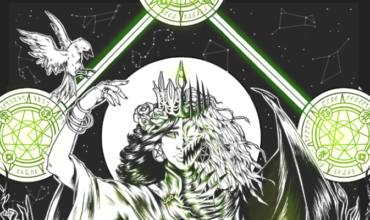 Give Your D&D Characters Flaws 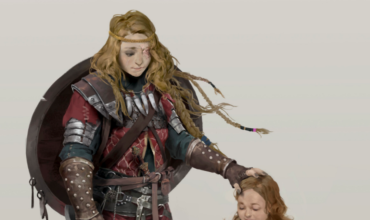 So you want to run your own guild? 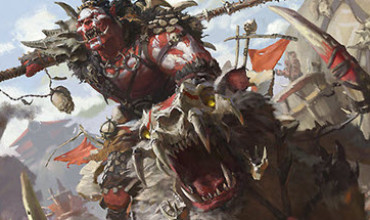