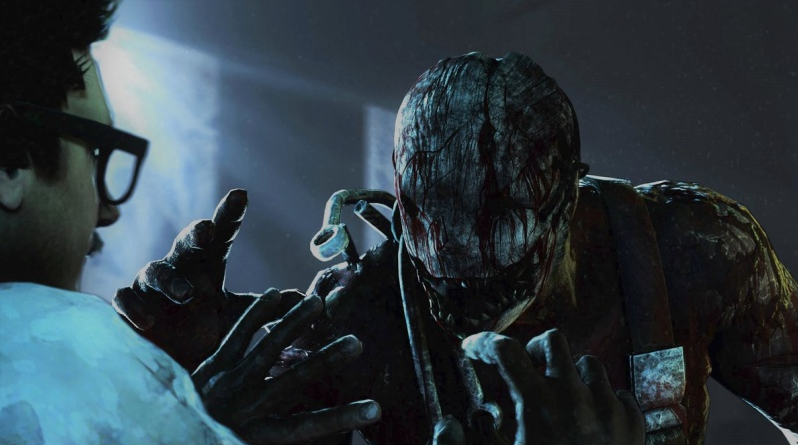 Do you enjoy gaming? How about with friends? Do your friends ever make you so frustrated that you have an overwhelming desire to swipe them with jagged weapons and then hang them on meat hooks?

Well I have good news for you! There is a game that exists by the name of Dead by Daylight that allows you to do just that. The fine folks over at Behaviour Studios have been working hard since its release in 2016 to craft a game so fun that it feels like a sin.

So here are our five reasons why you need to play Dead by Daylight.

It is an asymmetrical game. We are so used to games where we are evenly divided, solo, or all working towards the same goal. In Dead by Daylight, four players are the survivors whose whole goal is to repairs generators and then escape, and one player is the killer whose entire goal is to, well, kill. This new game style offers a refreshing experience that not many other games offer. Although we might be at odds with the killer or survivors, I’ve made plenty of friends in game despite having no voice chat.

Dead by Daylight offers a variety of characters and killers that are both original and iconic. Although it was a solid game at launch with original killers ranging from The Wraith, who rings his dreaded bell to slip in and out of reality, or the Trapper, who hinders players with bear traps around the map. Later, they added infamous horror characters like Freddy, Michael Meyers, Leather Face, and more. Nothing is more terrifying than turning your camera frantically searching for a killer visually only to find out that you completely missed the audio cues of increased heartbeats, a children’s lullaby, and/or the sweet humming of a song.

Playing online with random people is always a great time since it exposes you to various skill sets and strategies that you may not be used to. However, nothing quite captures the enjoyment of jumping into Discord with friends and playing together. It is all fun and games until you figure out how to properly play a killer and then suddenly you are the literal bad guy, and it feels so good. I got to hang out and game with our homie Cynorme and show her how strong our friendship is!

I have been a fan of Dead by Daylight for years and my only compliant about the game was their lack of purchasable cosmetics. I live for silly outfits on serious characters in terrifying situations. I don’t care how much money I need to spend or how awful my sneak will be; give me a banana suit on my killer! Unfortunately, my dream can’t be a reality quite yet, but they are making huge strides. Recently they opened their shop and packed it full of new clothes, weapons, heads and more for both survivors and killers.

The aesthetics dance between silly and horrifying. As of right now, they have cosmetic items only for their original killers and survivors while the more infamous characters, such as Bill from Left for Dead, remain untouched.

One of my favorite aspects of this game is the fact that they offer so many options to allow you to survive or kill how you want to. An example of this is when playing a killer named The Huntress, you are allowed a number of hand axes that you throw at your prey. You can apply various perks to modify this skill by either increasing the amount of hand axes at the cost of range or reducing the amount of hand axes for an increase in damage.

For survivors you can decrease the sound you make or get a notification if the killer is approaching. Survivors go even further than that by having access to tools they can find or bring into the game from flashlights to medical kits. Dead by Daylight focuses on balancing perks and abilities to ensure a great experience for everyone involved.

I have been such a huge fan of this game since launch and am so happy to see them grow Dead by Daylight into a game cherished by so many! I highly recommend checking it out! For more information, head on over to http://www.deadbydaylight.com!

previous post
Saint Interviews Missy Suicide of the SuicideGirls about the Blackheart Burlesque
next post
Dungeons and Date Nights Episode 3: Quartz and the Curious Case of Spoopy Rooms