Have you ever wanted to attend a Comic Con but you’re not sure where to begin? Does the thought of attending one of the greats like San Diego Comic Con or Los

Angeles Comic Con terrify you? I have the perfect con for you! Long Beach Comic Con is a fantastic Con for beginners! 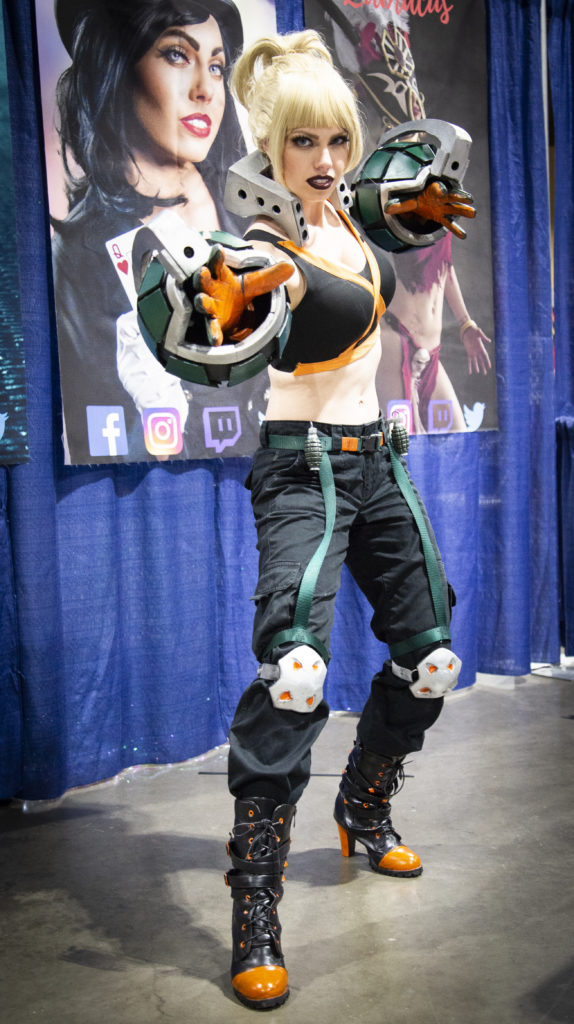 This was my first time attending LBCC  and it was a lot smaller than I had expected it to be but it definitely did not disappoint! It had everything that the other cons had to offer and more! This included special celebrity guests, cosplayers, panels, and even a laser tag and Nerf war area! It was jammed packed with entertainment and much smaller crowds. And you know what that means? Smaller crowds means shorter lines! Hallelujah!

Entry and badge pickup were easy peasy! It probably only took 10 minutes if that to get through security, pick up our badges, and get to the main door to enter the con. The staff members were friendly and efficient at getting us through the small lines and into the main convention area. My only complaint is that attendees did not receive badges to enter the convention but instead they were given paper wristbands to wear to show proof of entry. I however had a small laminated press pass to pin on my body.

Even though LBCC is a smaller con they had a decent line up of special celebrity guests such as  Melissa Fahn, Richard Horvitz, and Rikki Simons voice actors known for their roles in Invader Zim, Matty Cardarpole known for his roles in Jurassic World, Dumb and Dumber To, and most recently Stranger Things, and Sam J. Jones best known as Flash Gordon.

The best part of the convention was seeing all of the wonderful cosplayers! I saw some stunning cosplays by Zabracus, Ivy DoomKitty, and Lenox Knight. I loved watching children interact with some of their favorite heroes. Everyone put so much time and effort into their cosplays and were more than happy to stop and pose for a photo.

There were tons of awesome artists and exhibitors at LBCC. They had everything from comic books and figurines to drawings and paintings and tons of Pop figures! A few of my favorite exhibitors were  The Teabook, The Madd Artist, and Pinhead Monsters.

LBCC also featured The Geekfest Film Festival which showcased fan films that are centered around the DC and Marvel Universe as well as Space Expo where attendees could learn about space exploration, astro photography, and check out the planetarium.

Long Beach Comic Con might not be the largest con with the biggest names in the industry but for the Con that it is it I had a great experience. Everyone was friendly and took the time to talk to you and get to know you. I didn’t feel like I was rushed or overwhelmed with people and I was able to take my time and look at everything that the Con had to offer. There was something for everybody.

We Are Having The Last Kingdom Withdrawals! Where Is Season 4 At?!