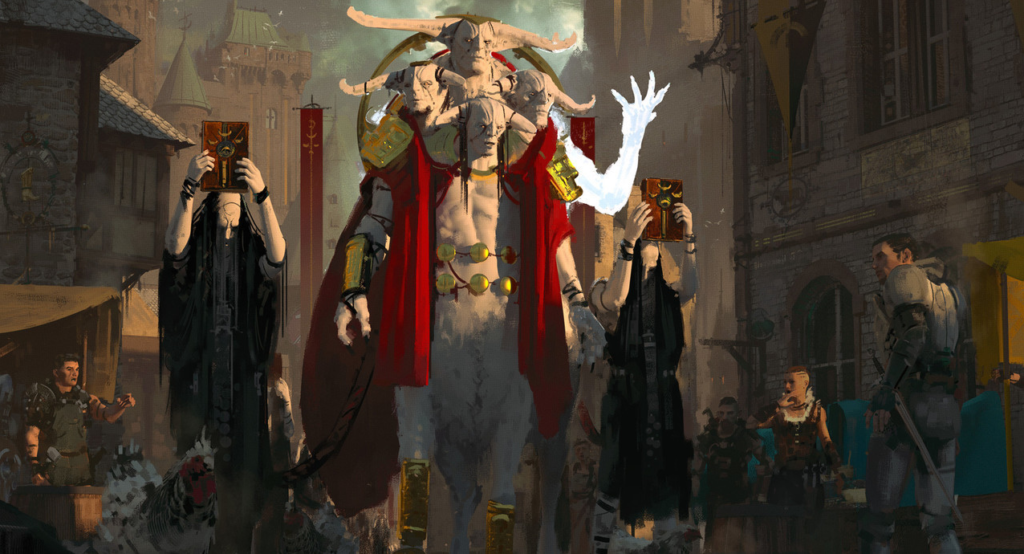 I absolutely love Dungeons & Dragons, and as a Dungeon Master, I often spend an unhealthy amount of time crafting worlds of might and magic for dear friends to experience. However, there’s one aspect that kills my soul and that is the dreaded task of naming NPCs.

As a Dungeon Master, I tend to focus on the atmosphere, a handful of major characters, and unique dungeons. My weakness is the fine details, and every session I have to pray that the players don’t go the extra mile and explore the world held together with proverbial gum and a prayer. Unfortunately, some players enjoy the experience so much that they can not help but go out of their way to talk with an NPC unexpectedly and begin asking details, particularly their name.

Being in a fantasy setting, the names are to be a balance of uniqueness and yet easy enough to recall and recite, if needed. You can absolutely think of gibberish on the spot, but then you have to write out their name and keep it in mind for the future. Nothing breaks immersion faster than the game master forgetting his own characters.

I struggled with this for so long, and would often default to basic names from Steve to Doug. While it added a comedic relief for the moment, it creates a disjointed world that you tried so hard to make an epic tale. If it is a one-off, then that doesn’t harm anything, but if this problem continues, it is no bueno for everyone involved since you come off as lazy and the respect for the game and your world diminishes.

Recently, I got back into reading poetry and old stories and was reminded just how much I love their names. My favorite is the classic tale of Romeo and Juliet. And while those names are quite common place, it is actually the side characters that interest me far more: Mercutio, Tybalt, Benvolio, Escalus, etc. These names sound so fantastic and are easy enough to recall for me, since I love this tale. In The Raven by Edgar Allen Poe, I fell in love with Lenore. In Othello, you have access to Iago, Montano, Lodovico, Cassio and more.

Then it dawned on me to simply use these names! Avoid the main characters whose names are the literal title of the source material, and gather those side characters like candy. If your players are fans of classic literature they’ll find such an appreciation, and if they have never picked up any of these, then your world becomes richer for it. It’s a win-win!

Granted, you don’t have to choose Shakespeare specifically, but choosing some sort of classic literature and doing a Google search of ‘Iliad and the Odyssey characters’ will bring up a quick reference to all of the names. All you have to do is copy the names over to a Google Document and you now have a cheat sheet of name fodder to use accordingly.

This method has helped my sessions tremendously, as it maintains the immersion of the players and takes pressure off of me to improv a unique name for that random NPC they fall in love with! However, I do advise against using names that are mainstream, like taking the names of the characters from Aladdin. It can be hard for players to disassociate your character from the established one like naming an NPC Jafar. Everyone will believe him to be a backstabbing villain solely based on the name alone.

It is a running joke in the Dungeons & Dragons community that a character doesn’t really matter until they are named. You can choose to punish or reward players for forcing you to name a character by having them return to them in their time of need for better or worse. Nothing brings more joy to a Dungeon Master’s heart than to describe an NPC and your players shout their name before you do. That investment in your story is wonderful!

If you are interested in Dungeons & Dragons we just started our own series called Dungeons and Date Nights!

We also want to mention our homies over at Almost Heroic, who having been gaming and podcasting for some time now, and have quality content!

Looking for more tips on how to become a better Dungeon Master or player? Check out more of our articles here!