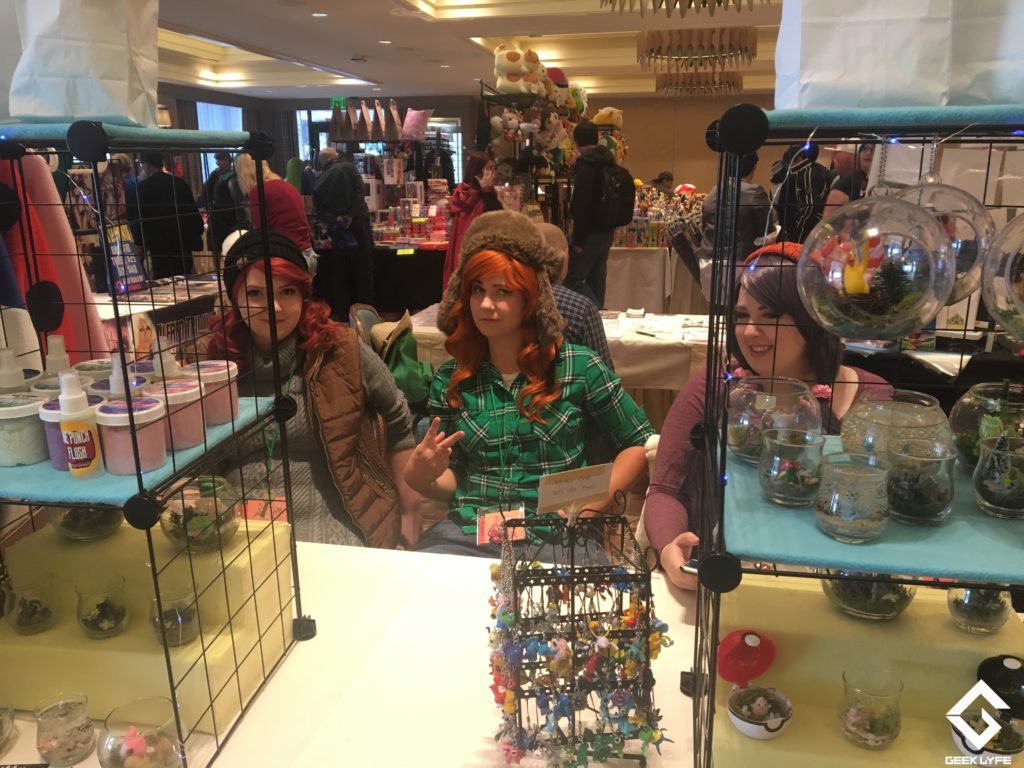 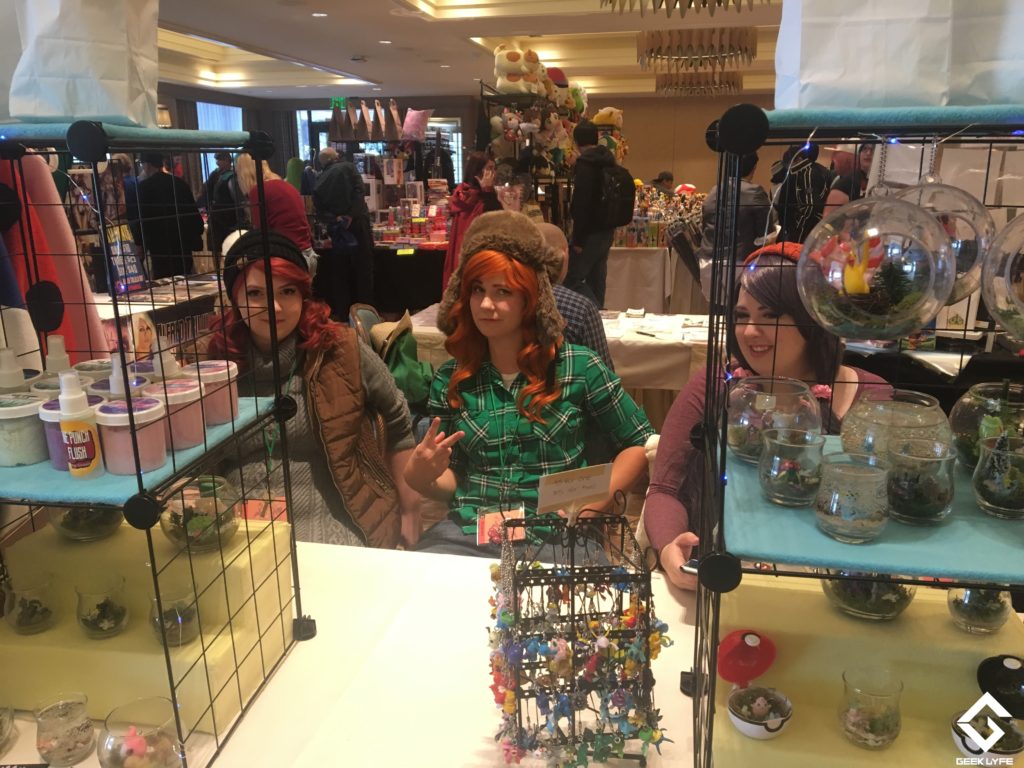 Hey guys! It’s Heartless Aquarius here! Luckily, I was able to cover Kikori Con, which is the last anime convention in Arizona for 2016. This year passed by so fast! This little Flagstaff convention 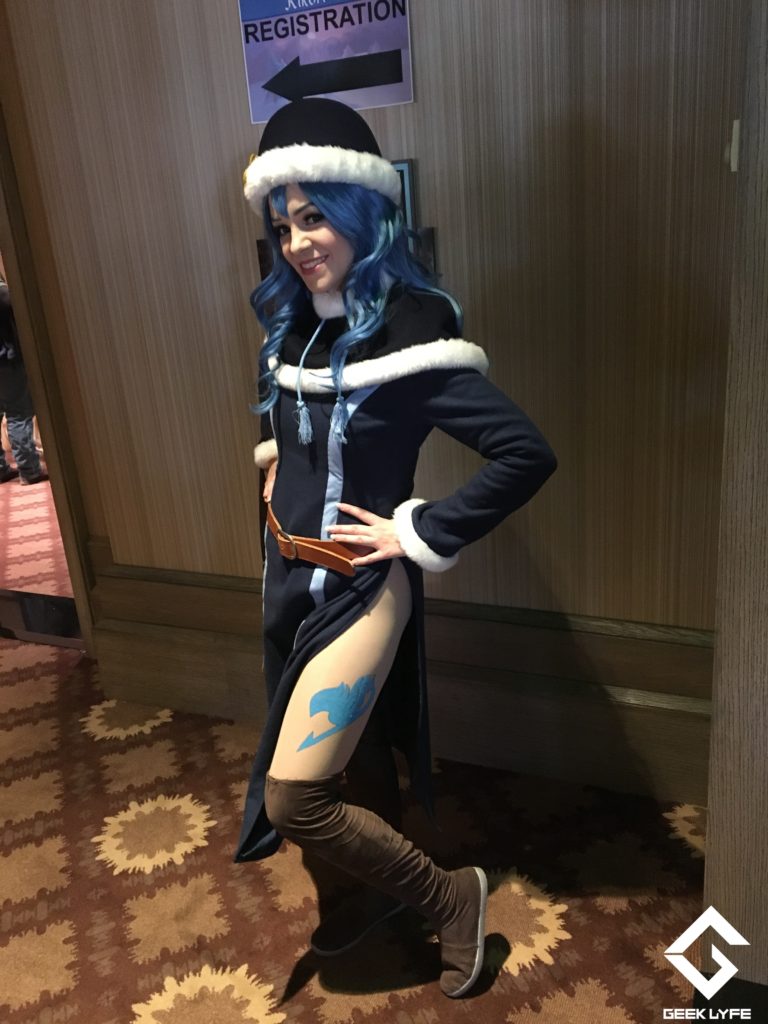 has been around since 2013. It replaced the con “Anime Kaigi”, which was discontinued, after being Kickstarter funded.

If you have some cash, food will not be a problem! The hotel restaurant has a lot of amazing food options. However, it is a little pricey but not to worry! Right next door to the convention is the Sinclair gas station, which has a full restaurant inside. The food is incredibly affordable with the prices ranging from $4.50-$12 and is decent quality. If you still need variety, there is an area 5 minutes away from the hotel that has a plethora of food options, such as Denny’s, Cheba Hut, McDonalds, Subway, etc. I was surprised of the amount of different options near the convention that won’t break the bank. Now you can buy that anime figure you wanted and still be able to grab dinner!

Since it was a small convention, there were not a ton of staff. The staff I did encounter were all polite, helpful, and knew what they were doing. However, there was a lack of a security presence. I was rarely asked to show my badge at both entrances and there weren’t any guards at the vendor hall entrance. (Update) A staff member of Kikori Con gave us this information to put con goers mind at ease: “For the security comment, we don’t have security at doors since we only need to manage the two main entrances of the event. We still have roamers, but don’t need door security for this show”. Good to know!

On a positive note, the staff was incredible responsive to emergencies. There was a medical incident in the vendor hall and they handled it very calmly and professionally. The issue was quickly resolved and everyone was able to resume their normal activities. Kudos to everyone who helped out for the convention!

Kikori Con was held at the Little America hotel, which had plenty of free parking for the attendees. The location was fairly small but it was gorgeous. The inside of the building has an older feeling to it with a wood burning fire that warms the lobby. A forest is right behind the hotel with a bunch of rocks and stumps which are perfect for photo shoots. There was plenty of seating for people to rest, which is great if you’re wearing an uncomfortable costume.

Now the space where the convention was designated had about five rooms for panels and events along with the vendor hall. When there was a guest signing or photo op, the hallways would get cramped from the line. The panel rooms had adequate space to fit the attendees. The vendor hall was similar to many other anime conventions booth wise. Most of the booths were larger ones that had figures, plushies, and fake swords while there were few artist and cosplayer booths. I noticed that there were a lot of empty tables on both Saturday and Sunday of the convention, which I found very odd.

The guests at this convention were Johnny Yong Bosch, Eyeshine, Leah Clark, Yuffie Bunny, Kovuu, and Armand Villavert Jr. Considering the size of the convention, the list of guests were great and I’m happy that there was an even mix between cosplayers, musicians, and artists. Everyone seemed to enjoy all of the guests who attended and the guests were very kind and approachable. It’s great to see Kikori Con expanding their guest list each year and it’ll be exciting to see which guests they bring next year! 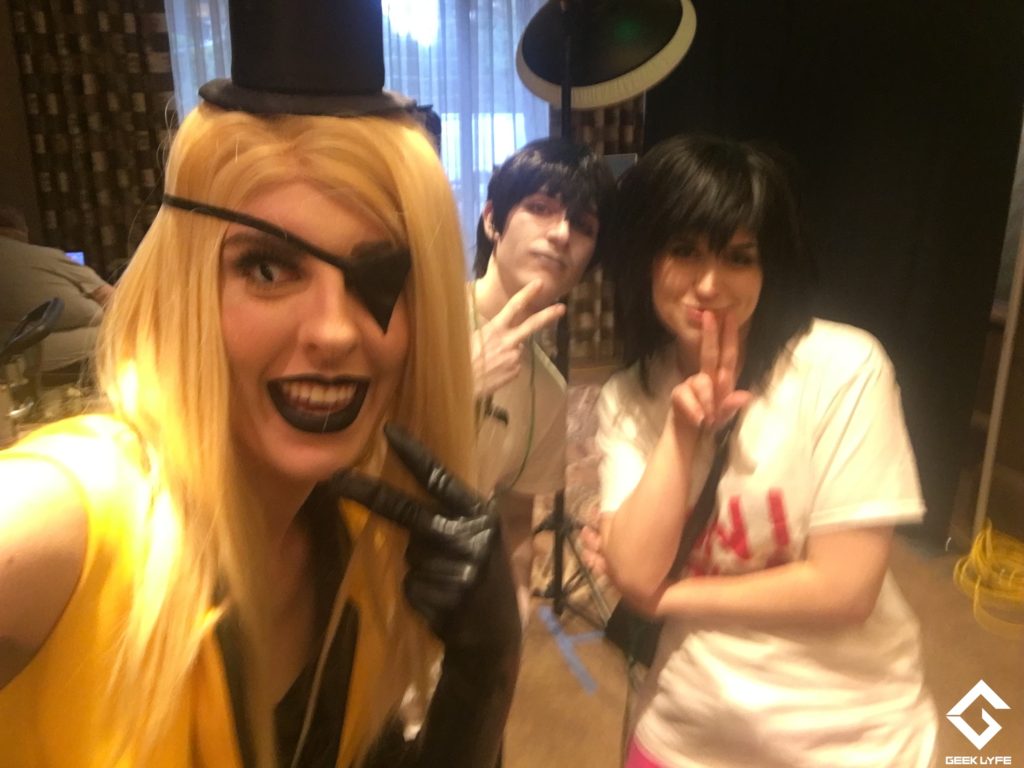 While being a small convention, there was no lack in amazing cosplays, ranging from full armor suits to gorgeous outfits! Lunar Lynn’s Juvia cosplay was one of my favorites. Not to mention I personally came as Bill from Gravity Falls! Also seen were Lavashadow Cosplay and Lemon Bell Cosplay as Inyuasha characters! Check out the photo gallery to see other talented people!

I had a wonderful time at Kikori Con. While it is small and doesn’t have a ton of giant events, you are still able to have a fun time hanging out with everyone, going to the panels, and enjoying the weather and beautiful forest scenery. I find that smaller conventions allow for a more personal experience with the guests and other attendees. Also, the fact that cheap food and free parking were available enhanced the overall experience. I like the current location but one critique is for the convention to try to expand the amount of space they use so that more panels can be offered. Also, I’d like to see the vendor hall be filled with a variety of different booths along with the typical anime merchandise booths.

If you enjoy hanging out and having a simple convention experience, this con is for you! I know I definitely want to go next year!

Heartless Aquarius is a cosplayer local to Arizona and has a huge passion for anime and manga! This makes her the perfect person to be dedicated to the sole task of consuming all of the Japanese content we receive and give her thoughts on it! When she isn’t turning pages and watching endless hours of Japanese animation, she is creating elaborate costumes that she features at various conventions and wins awards! Check out more of her information on Facebook, Instagram, and Twitter!