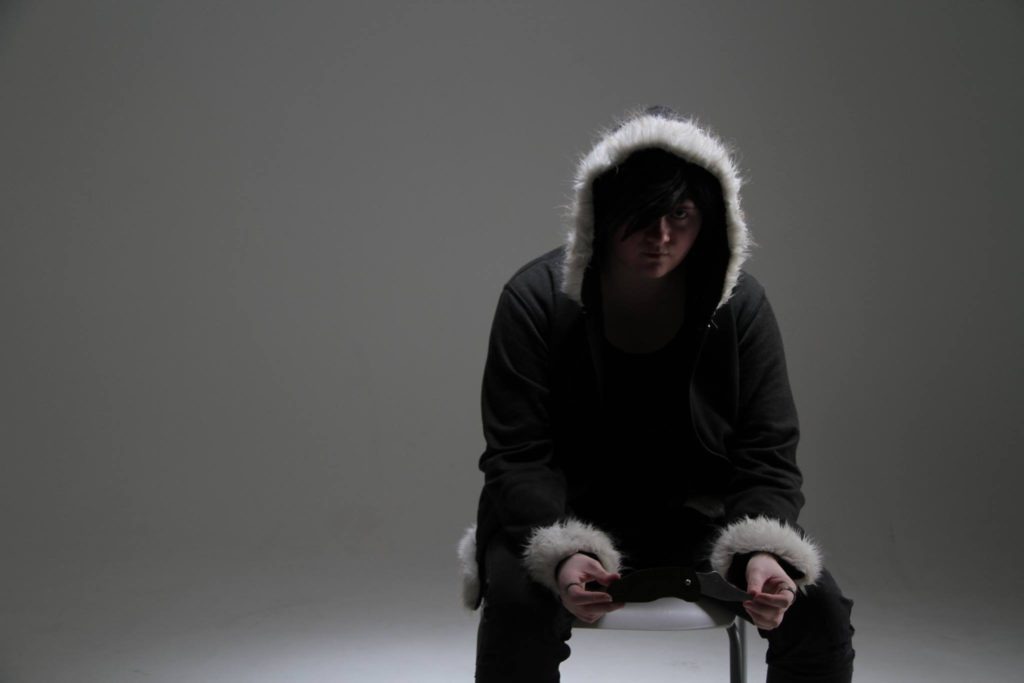 Cosplayer of the Week: Coulson

We have a great cosplayer for you this week that is from the UK! They have cosplayed a number of characters and was super excited to answer our questions about their passion for cosplay. I hope you enjoy our interview and be sure to check them out!

Coulson: Of course! I’m a Nonbinary Adult Cosplayer from the UK by the name of Coulson. I cosplay for fun and enjoys doing it with other people. I have many friends who are into cosplay, some I even met through 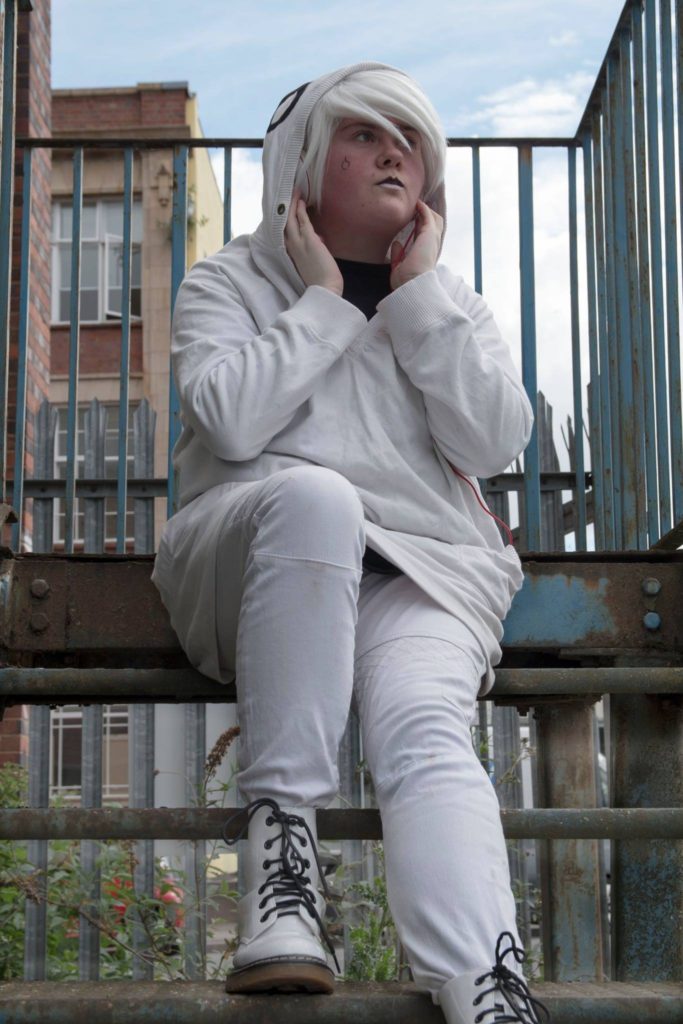 it! I try to go to as many conventions and meets as I can and cosplay at every single one no matter the weather or how I’m feeling. I also like doing little costest here or there, sometimes it’s a character I do intent to cosplay, other times it’s just something I did for fun. I’m in a number of Fandoms so there’s always something for me to try and cosplay.

The Geek Lyfe: How long have you been into cosplay and what led you down this path?

I started cosplaying on the 15th September 2012, so it’s been just over 4 years now. I had been invited to go along with a friend to Jcon and I wanted to cosplay to feel like I fit in a little more than if I had just gone in casual clothing. I didn’t look great if I’m honest but I didn’t care because I was having fun and knew I could improve over time if I chose to continue with Cosplay.

The Geek Lyfe: What has been your favorite moment?

So far it was a RWBY meet I attended at Birmingham March MCM 2016. I had just managed to complete my Roman Torchwick cosplay and wore it to the meet. There were a lot of people at the meet and I felt welcomed as we were all there with the common interests of RWBY, Rooster Teeth and/or Cosplay. It was a fun meet which I won’t ever forget.

The Geek Lyfe: What was the worst day for you in your cosplay career, what happened, and how did you deal with it.

Hmm, this is a tough one I think. I would probably have to go with the time I almost had to stop cosplaying. At the time I had money issues and while I never spent much money on cosplay to begin with, having less money meant I wasn’t even sure if I could make it to local meets let alone the conventions.

I did let people know that I might have to stop cosplay, even if just for a short while and they understood. I didn’t want to stop though so I thought about things to do. I looked through all the things I owned, checking what I did and didn’t use or want. What I didn’t want I sold to family and friends, and one aunt lent me some money as she knew how much cosplay meant to me. Luckily I didn’t need to stop, my progress was just slowed down a little.

The Geek Lyfe: When you aren’t doing this, what do you do in your spare time?

I enjoy spending time outside with friends but otherwise I’m usually in my room on my laptop where I’ll chat to people, watch videos or play Minecraft. Sometimes I’ll draw, write or play games on my Xbox 360.

The Geek Lyfe: What geek medium(Video Games, Comic Books, Novels, Movies etc.) made the biggest impact on your life and why?

I would have to say Video Games. I’ve never really been one for Novels and I never got around to getting into Comic Books. I do watch films from time to time but I’ve easily spent a lot of time playing games. I grew up with game consoles rather than comics.

The Geek Lyfe: Vampire or Werewolf? Why?

Vampire. I didn’t like Twilight if anyone’s wondering, I just prefer the idea of Vampires over Werewolves. When I was younger I enjoyed reading stories with Vampires in them, whereas I often dismissed ones about werewolves, they just didn’t interest me. I often made up my own V

ampire characters which I never ended up doing anything with, like most characters I’ve come up with. Neither one is necessarily better than the other, I just prefer Vampires. 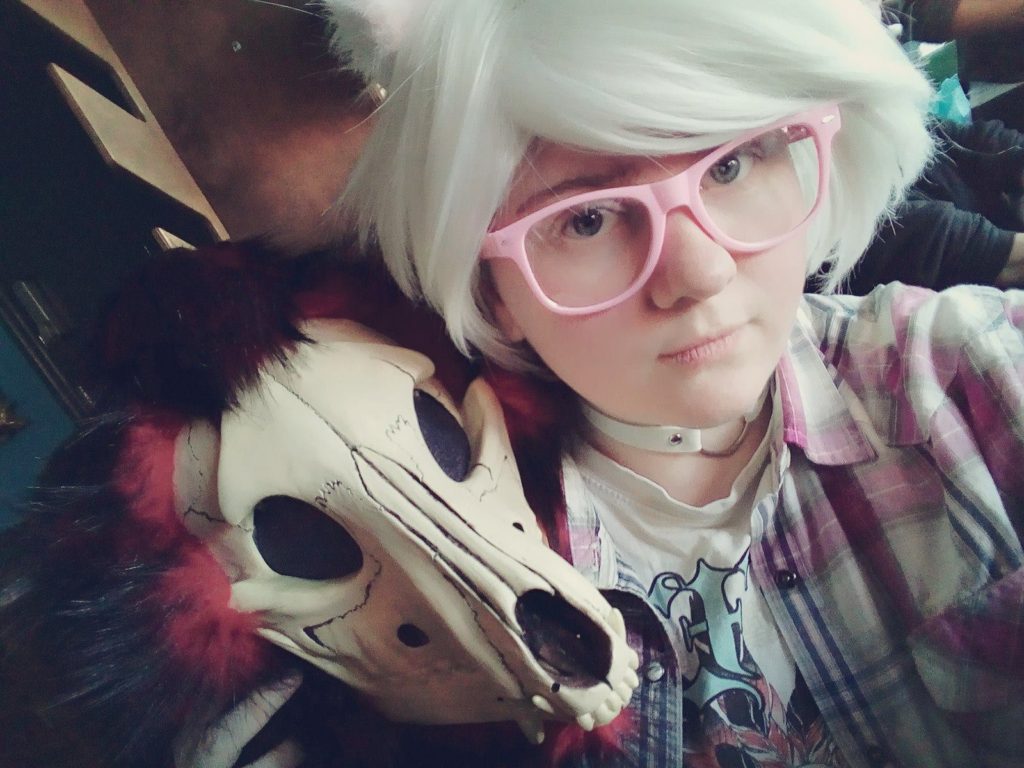 The Geek Lyfe: Do you have any projects in the near future we should be excited to see?

I have an album full of future cosplays so I’ll always have something to work on. Although my next ‘project’ will most likely be a cosplay for Axel from Kingdom Hearts. There is a outfit design for him by nijuuni on deviantart which I love and plan to cosplay. It will be a big project which is why I haven’t set myself a target date. I’m aiming to start working on it in the New Year as I should have Money from Christmas to buy the materials I need.

The Geek Lyfe: What advice do you have for any aspiring cosplayers out there?

Don’t compare yourself you other cosplayers in terms of progress and don’t worry. It’s not a competition or race. You can cosplay any character you want no matter who you are, just have fun. You don’t have to be perfect, the cosplay doesn’t have to be canon. As long as you’re enjoying yourself then you’ll be fine. Every cosplay is a good cosplay.

The Geek Lyfe: What costume would you say is your favorite so far?

So far it’s between my Dave Strider cosplay from Homestuck or my Roman Torchwick from RWBY. I’m very comfortable cosplaying as Dave and I feel it’s a cosplay that suits me, especially my face. Whereas my Roman cosplay is the most ‘complete’ at the moment, save for a few touch ups. I’ve received many compliments on both which I’m very thankful for.

We want to give a huge thank you tou Coulson for taking the time to answer a few of our questions! Be sure to check them out on Facebook! 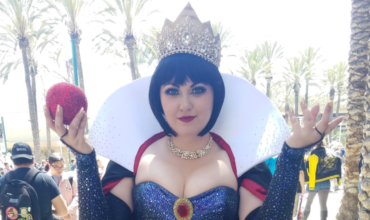 Cosplayer of the month: Galuren 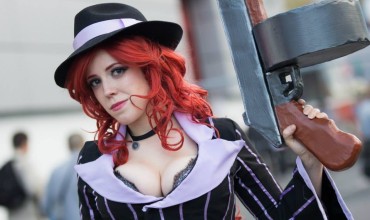 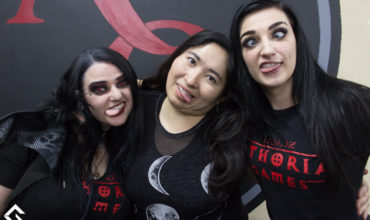 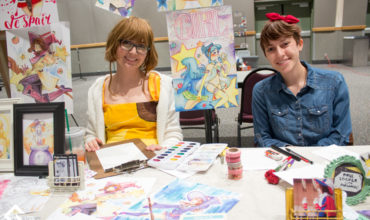