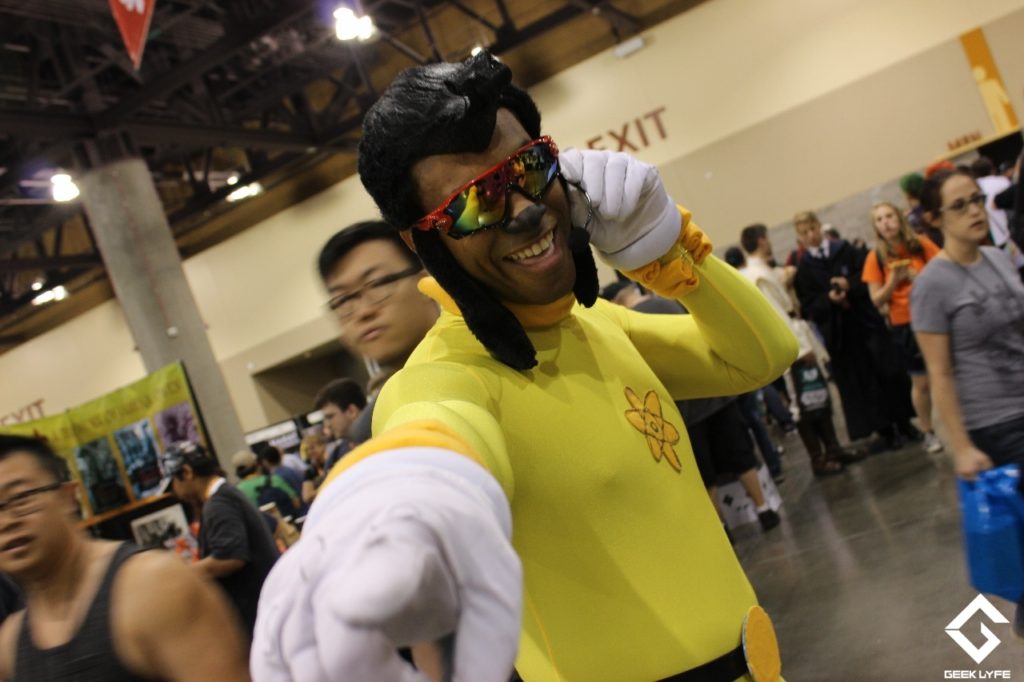 Earlier this year at Wondercon I came across the most incredible cosplay. Someone, other than myself loved the Goofy Movie and one of its prominent characters by the name of Powerline. I had never seen someone do a cosplay of such an incredible character before and just had to hunt him down for a photo! Little did I know that he would also attend Phoenix Comicon and show it off again with a full on performance. I just had to interview this man and thanks to stalker levels of internet searching I was able to find his contact information and harass him with interview requests!

I hope you enjoy our interview with AssassinForte!

Assassin Forte: To those who don’t know me, my name is Allan Forte a.k.a AssassinForte or Ardent Forte. I’m level 32 and about to level up again soon in June. I am single father of three wonderful kids and I 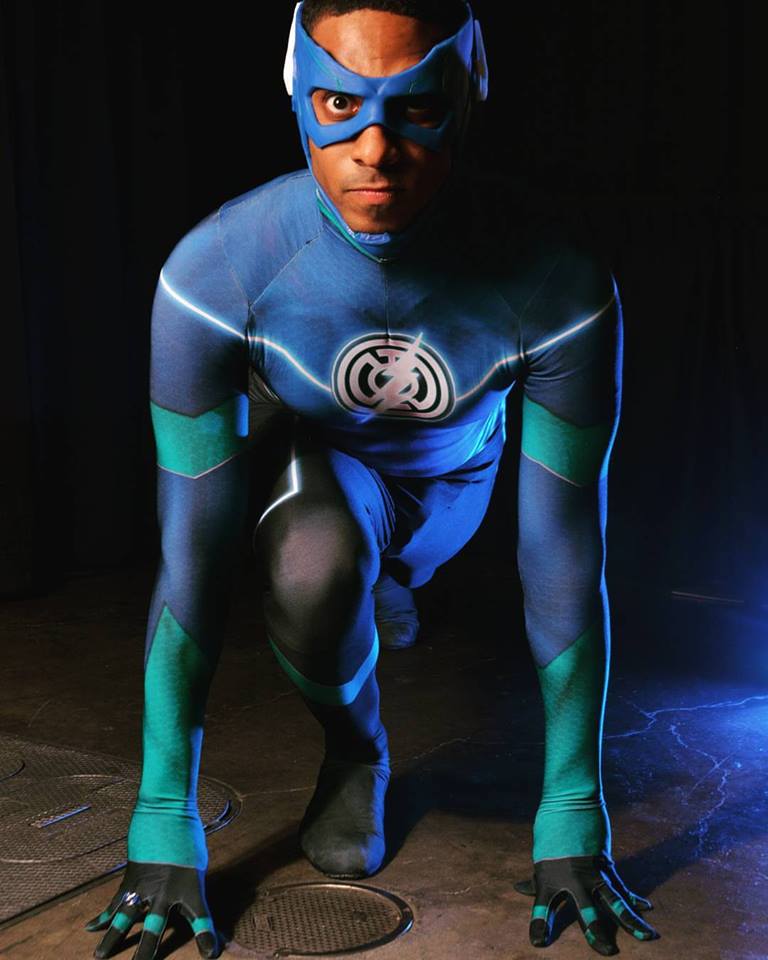 work full time as an EMT. I also like to build sand castles on the beach, and although I am native to California i have spent a few years living in Baltimore too.

AF: I first was introduce to conventions and cosplay in 2009 by my girlfriend at the time, we went to San Diego Comic Con ( when you didn’t have to be super lucky ) and I knew I had found something special. I just wish I had learned of this sooner as I felt like I was where I belonged finally. The next year at Anime Expo 2010 in Los Angeles I debuted my first cosplay as my favorite character Deadpool before he was mainstream. I think I remember seeing one other Pool at the time that LOL. From that poin on I knew this is something that would be apart of my life from now on.

AF:To understand ONE of my favorite moments in my cosplay life, I first have to acknowledge where this goal or dream began in 2011 when I watched a video on the SDCC masquerade where Holly Conrad ( Commander Holly) and her team won best in show for their Mass Effect team. I was already a fan of Mass Effect but in the moment I became a fan of Holly’s and decided I was going to win at SDCC. Fast forward to 2015 I was asked by a few nerd life friends to cosplay as Big Hero 6 in one months time. And on a whim we decided at the last second to sign up on the masquerade at Wonder Con. Working down to the wire we hit the stage and took home best in show and then were invited to SDCC as prize. Later that year with help of some amazing friends (now family) I accomplished the goal of being on stage at SDCC masquerade and we won again, the Robert Acer 1 prize for Best Super Hero performance with cash prize of $5k. Later on at smaller convention I got meet Holly and tel her my story and say thank you! 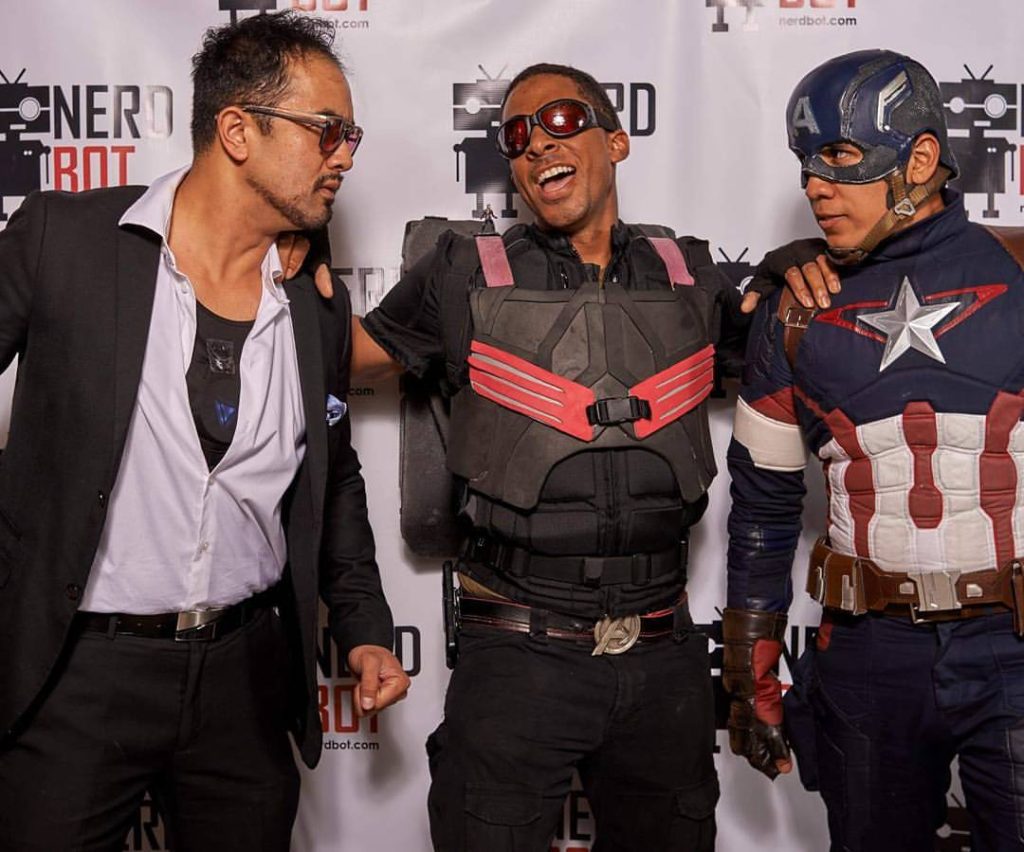 AF: Worst day of my cosplay life, hasn’t really happen yet. I know how to stay neutral and not gossip or make judgmental opinions. But I would say that depression is my biggest hurdle that gets in the way at times with cosplay. Cosplay is my anti-depressant or anti-drug but life still finds ways to knock me down and keep me from doing things that make me happy like cosplay. Although I have taken medical steps to balance the fight, I also find it helps me to help and uplift those around me. So whether I am able to do a hospital visit for kids, or make a positive post for those I meet or think need a compliment, it all helps to take the thought off myself on look at what can i do for someone else.

AF:When I’m not cosplaying I’m usually at work as an EMT (which the cosplay community help me accomplish, thank you everyone who donated). Doesn’t pay well but again its about my drive to help others and hope my actions can make a difference. But almost all my down time is spent being a dad to my kids with school, sports, events and pokemon hunting they can really remind me how out of shape I am lol.

TGL: You are a super villain and moments away from taking over the world. Which two characters from any universe do you have by your side to help you fend off the heroes?

AF: If I was super villain ready to take over the world I would have Vegeta and Deadpool at my side. Vegeta is fuel by two things to be the best and that his family is taken care of so, as long as I treat his family right and offer him free reign to be the prince he is then I feel he would be a valuable ally. Not to mention if I’m on point he will challenge me authority like he does Goku. Now, Deadpool is huge risk as he a merc for hire but he is also very sensible about what he deems is reasonable. I is an extremely complex tactician beyond is witty humor and that will keep my enemies guessing as he will be the face of my regime. Also if anyone is going to stab me in the back its going Deadpool, which as I die I would perfectly OK with it. My death would like be funny and bad ass fight.

TGL: Would you rather be able to eat whatever you wanted without gaining weight or have the strength/speed of ten men? Why?

AF: I would like to be able to ear what ever I wanted with gaining weight because there too much good food in the world I wan to try and eat. It takes so much to loose a little bit or weight and painful and time consuming that it would make eating less stressful. Also if I was that strong or fast, it isn’t fast enough to become the super hero I feel this world needs. I need Barry Allen speed with Luke Cage strength and fortitude, so I can stop those in power from making cost of living impossible for the average man or woman. Understand my mentality will deadpool, no letting the douche bags go, ill be everyone’s anti-hero. Happy im changing the world but mad about my tactics.

AF: I have a lot of projects in my mind that I feel will excite cosplayers and non-cosplayers alike BUT in my current personal life time, room and money are not available to complete any of these projects at the moment. So I have to adult as we say for a while till I can change things at home. But to give a snap shot of cosplays on my list: Captain America Falcon, Wally West Kid Flash, Static Shock, and few others my cosplay family has asked me to do.

AF: My most difficult costume I built was an armor for my roommate as GoGo from Big Hero 6. I found out the hard way that as a male it is significantly easier to build armor for myself than women who have very curvaceous bodies. it was my only my second time trying to use foam and it failed miserably. I have been unable to retry at new one as I mentioned earlier we lost our space and money to play with but its in my goals to redeem myself.

AF: My advice to new and season cosplayers is always the same, remember you often wont be the first one,only one, nor the always the best cosplay of any character so always make it unique to you with small details. Passion for your character will show through and that is what attract people to take notice. Be kind, understanding, honest and willingness to help one another; and we can build a better community one cosplay at a time. 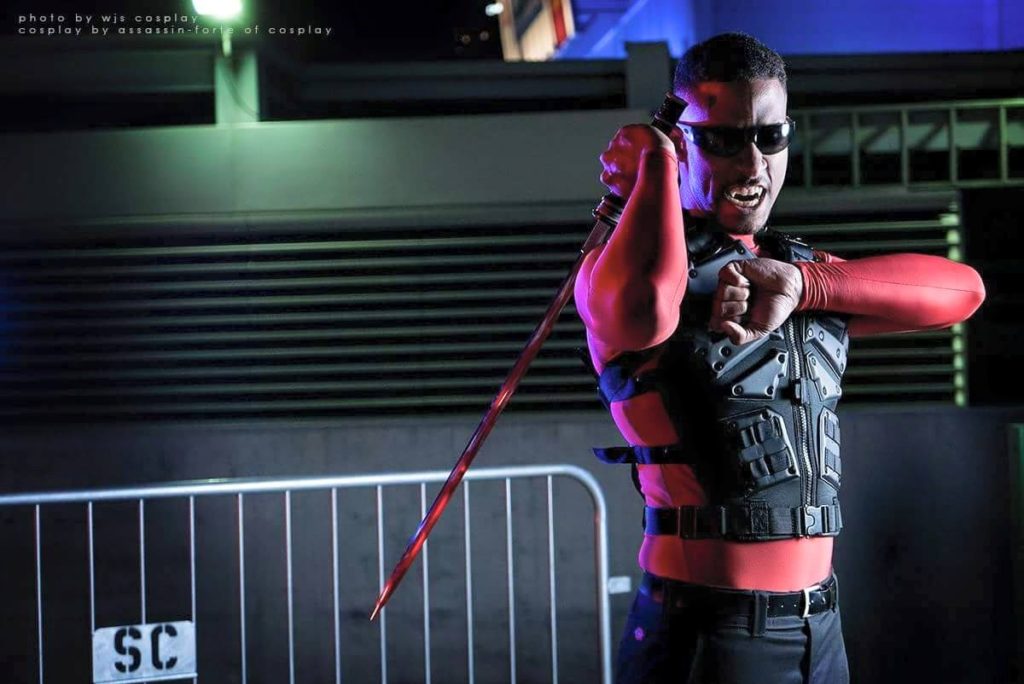 AssassinForte is such a dope guy and I am so honored that he accepted our interview request! 😀 I hope you enjoyed our interview and recommend that you check out all of his content at his Facebook!

Phoenix Comicon 2017 from a Cosplayer’s Perspective