The Harry Potter franchise is beloved by so many in the geek community. The wonder of Hogwarts, the vast lore created by J.K. Rowling, and even the superb acting of the cast made it an incredible era for those who were enamored with the books.

Many fans grew skeptical when Fantastic Beasts and Where to Find Them released in 2016, but concerns were immediately cast aside at the refreshing new perspective of a 1927 New York City, where we get to meet American witches and wizards. Just like many others, I was swept away by the film and was excited to see what this new tale had in store for fans.

In 2018 the sequel was released, Fantastic Beasts: Crimes of Grindelwald and the bar had been set high as fans were hungry for new content. Unfortunately, this film was with out a doubt the worst of all of the films in the entire franchise.

Now to discuss the positive aspects of the film, my hat goes off to Eddie Redmayne who plays our Hufflepuff hero, Newt Scamander, as he gets roped into an adventure to find and save a young and troubled Credence Barebone, played by Ezra Miller, all while being hindered by the foul Grindelwald, who is played by Johnny Depp. All of the actors in the film did a stand up job in their roles.

The special effects were on point, as we got to experience a tremendous amount of wizard battles, unlike anything we have seen thus far. The audio worked in tandem with the effects to assist with immersion. Even the cinematography for the film was incredible. Every shot added to the drama of the story line, as we watch Newt struggle with all of his might to do right by himself and his beasts.

Where this film drops the ball is primarily in its storytelling. Every single scene feels rushed and disjointed. Even the lovable side characters of Queenie and Jacob were so lackluster, to the point where I loathed their screen time. Grindelwald did succeed in the role of being a chaotic villain whose actions you almost could never predict, but it felt too chaotic to the point where I felt it was just bad writing.

They continued to reference his silver tongue that was so powerful that he could charm people left and right, however they never quite explained if it was actual magic or just pure persuasion. This caused for unrealistic reactions from everyone he encountered because we are trained to believe that if magic is happening something glows, weird words are said, or someone is at least concentrating but we get nothing from this villain.

I should also mention that all of Grindelwald’s intimidation is stolen from him, solely based upon his gawdy appearance. The moment we are introduced to Grindelwald, he is disheveled with long hair and an untamed attire which spoke volumes about his character. When he is brought back into society he changes into a more regal outfit and chooses to have the worst hair cut ever. I actively want him to die, solely because of this aspect of his character. Especially since literally all other characters in the film keep to the fashion of the time period. Like much of this film, it is awkward and I hate it.

One of the biggest disservices of this film is their set up for a potential love triangle between Leta, Tina, and Newt. Various scenes are shown that are long, drawn out, and even sweet about Newt’s past love. The entire film Leta wrestles with her love for Newt and also her place in society, since she was always picked on for her brother’s evil choices, ever since she was young.

To be honest, Leta was my favorite character of this film and I was so invested and excited for the love triangle between Newt, Tina, and her. Partly because Leta is engaged to Newt’s brother and that is an awesome drama bomb for our awkward, animal loving geek. However it is made clear that she’ll no longer be in the third film. They created this incredible character with depth and dimension and set up for the best plot line of Fantastic Beasts and then snipped it.

Okay so, the final fight of the film takes place in an auditorium with Grindelwald after he convinces a number of disgruntled wizards and witches to dominate muggle folk. After the meeting, he is confronted by our heroes, in response he creates magic flames that will destroy any who pass through them that he does not allow.

In this scene there is a grip of Aurors (think “wizard cops”) there, plus Newt & the gang. We see the most piss poor fight take place where a majority of wizards don’t even try to combat the villain, they just let the flames overcome them and die. When people perish left and right, this is when Leta decides she is going to fight Grindelwald herself and, to the surprise of no one, dies dramatically and drawn out, as she looks at Newt and his brother.

When she passes away, there is absolutely no emotion from the audience other than regret having our time wasted watching her sullen expression 20 times and be misled with the potential in the sequel. In this time Queenie chooses to join Grindelwald’s team because she thinks it’ll help her get married to Jacob because the way to a man’s heart is assisting in the murder of innocents!

The rest of the gang has to deal with a couple magic, undead dragon things that run rampant, but they are able to conquer him with the power of friendship, magic, and a well timed appearance by a powerful wizard homie. It actually sounds a lot cooler than it actually was.

Overall, this film was the definition of a disappointment. It would have been the easiest victory to make a decent film with magic, wonder, and insight but instead we got “Disjointed: the Movie.” Honestly, I would have rather had a film of Newt taking care of his fantasy animals for an hour and a half, and that would have been an Oscar worthy. We, the Harry Potter fan base, are so desperate for new content, and it is so obvious we want a great experience in a world of fantasy without so much bullshit that this should have been an easy win. Instead, it was the worst film out of them all.

If you are a Harry Potter fan, you’ll want to see this film just to consume the latest wizarding world lore but if you are not a fan of Harry Potter, or even casual about the series, just give your money over to Wreck It Ralph 2 or Creed 2.

Also, I hate the name Grindelwald and the fact I had to write it so many times. 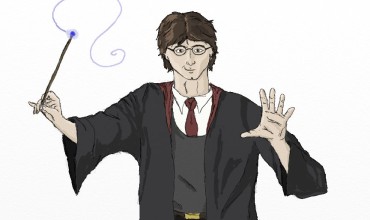 The Magic of the Phoenix Symphony 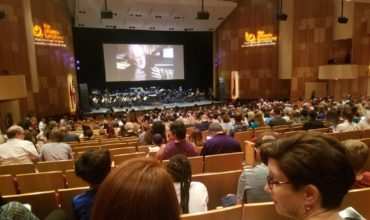 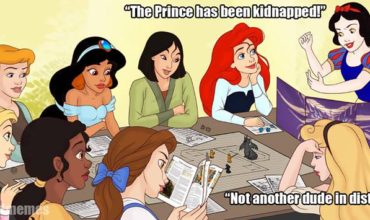