Stephen Hillenburg, the creator of Nickelodeon‘s popular series SpongeBob SquarePants, has died at the age of 57.  His cause of death was amyotrophic lateral sclerosis, ALS.

“We are sad to share the news of the passing of Stephen Hillenburg,” Nickelodeon posted on their Twitter account, “Today, we are observing a moment of silence to honor his life and work.”

Hillenburg created Bikini Bottom in the 1980s when he was a biology teacher at the Ocean Institute. It was a way to teach his students more about the ocean. After receiving a Master of Fine Arts from the California Institute of Arts in 1992, he quickly went on to write and direct the beloved series Rocko’s Modern Life.

In May of 1999, Hillenburg wrote, directed, and produced SpongeBob SquarePants. The show is hilarious to kids and adults alike, giving it a huge wave that lead to more than 250 aired episodes so far. It’s won several awards and been dubbed and subtitled in over 60 languages.

In March of 2017, Hillenburg let the public know that he had been diagnosed with ALS, a disease that affects the brain’s nerve cells and the spinal cord.

He leaves behind his wife Karen and son Clay, as well as his legacy. We sincerely wish the best for his family in this difficult time. 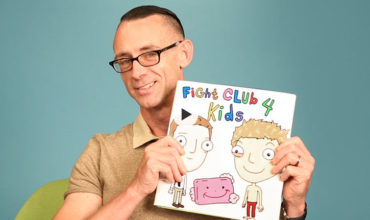