Hello everyone! Instead of a movie review this week I’ve gone ahead and created my very own list of my absolute favorite foreign horror films. Now, I am a HUGE fraidy-cat, but I do love me a good scary movie. I’ve collected for you my ultimate list of foreign horror films that are sure to delight horror fans and scream queens alike! 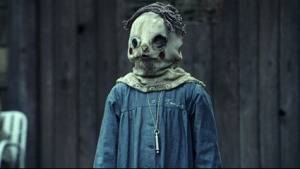 This Spanish horror film is the epitome of creepy children movies. The Orphanage centers around a woman named Laura who returns to the orphanage she was raised in to reopen it as an orphanage for disabled children. Things go smoothly for Laura and her family until one day her son Simon goes missing. Six months later Simon is still missing and spooooky things are starting to happen in the orphanage. However none of this matters to Laura who will stop at nothing to find her son. Aside from having a great plot, The Orphanage doesn’t use easy pop up scares. The Orphanage uses suspense and dark visual imagery to convey its scares. It also has a killer score to go with it (Ahaha pun!). 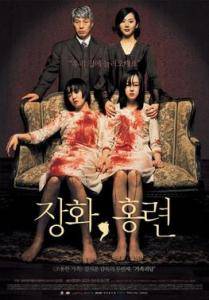 Aside from having a REALLY cool movie poster, A Tale of Two Sisters is an amazingly haunting and dark film. Imagine that Cinderella having a twin. Now imagine that they were both admitted to a psychiatric hospital and then returned to their evil stepmother. That is basically what  Tale of Two Sisters is, but with creepy moments and plot twists galore. This film actually received an American remake called The Uninvited (2009). It was really so-so and I don’t recommend watching it if you haven’t seen the original movie. 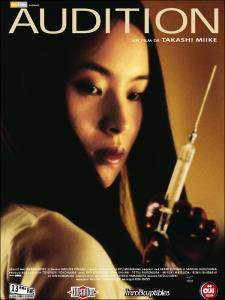 This is the only horror film that I have ever had to turn off before finishing. Oddly enough it was directed by the famous director Takashi Miike who ranges from ultra-gore pics like Ichi the Killer, to the Phoenix Wright Ace Attorney movie. Audition tells the tale of a man named Shigeharu Aoyama who wants to get back into the dating game. However ol’ Aoyama is quite picky and wants to ensure that his new wife is up to his standards. So he and a friend set up a mock audition for a movie, which is actually an audition to become Aoyama’s wife. At the auditions Aoyama meets Asami Yamazaki and the start of his troubles begin. If you think just that sounds gross and creepy just you wait. JUST YOU WAIT I SAID. 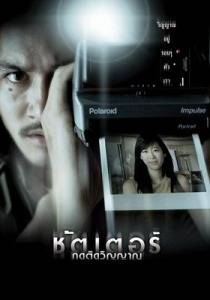 Enter the lives of Tun and Jane, a couple who hit a girl and keep on driving. If that doesn’t evoke the wrath of an evil spirit I don’t know what will. Tun is a photographer who begins to notice strange white images showing up in his pieces. From there the haunting escalades until the mystery behind his photos can be solved. Shutter is a classic horror mystery and will definitely appeal to those who enjoy a more campy kind of horror. Heck it was popular enough to be remade in America and India! 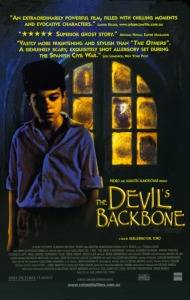 Another scary Spanish orphanage flick, except this time it takes place during the Spanish Civil War. Brought to you by director Guillermo Del Toro, The Devil’s Backbone centers around an orphan named Carlos and the strange apparitions he begins to see upon arriving at the orphanage. This film has a lot of symbolism and helps shed light on the perils that children face during war time. Guillermo Del Toro is a master of using horror as a tool to enhance a story. The Devil’s Backbone is a great blend between the horrors of war and the terror that the supernatural can bring. 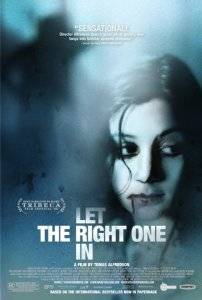 Let the Right One In is the movie I imagine when people talk about vampire romance, instead of a certain series that shall remained unnamed. This film centers around a young boy and a girl named Oskar and Eli. Now they are young and it is a sort of romance, but don’t fret, it’s not THAT kind of creepy. Oskar is a small boy who is frequently bullied in school, and Eli is the vampire girl who appears before him. I honestly have a hard time describing this movie. Both Oskar and Eli are quite demented children, but that quality makes them all the more endearing. The two child actors in this film are outstanding along with the rest of the cast.  The film itself has a very bleak feel to it that makes their friendship seem that much more important. Let the Right One in also has a an 2010 American remake called Let Me In that stars Chloe Moretz (Hit Girl), though I actually have never seen it! If it’s good let me know! 😀

Welp there they are! Have you seen all of these before? Which was your favorite? Did I miss your favorite foreign horror movie? Tell me in the comments! J

Also I believe that all of these can be seen on Netflix! J

Here’s what one lucky winner will recieve!!

-A copy of one of my all-time favorite books Geek Love by Katherine Dunn. Geek Love is about the Binewski family whose failing circus needs more attractions, so they create their own. Geek Love is a beautiful and disturbing book that I am sure you will enjoy! -Popcorn and Candy! A staple of every carnival and circus!

All you need to do is donate to our Extra Life page and tell me what your favorite horror movie of all time is by commenting on the blog or this post!

Winner will be chosen next Thursday!