From the press release:

Fight through the galactic warzone with units from eight factions. Heroes rise to the challenge in planetwide campaigns, face off against arch enemies in pitched PvP skirmishes or collaborate with fellow guild members to take down massive bosses. Beginning today, players can pre-register the game and all those who do will receive special rewards at launch later this year.

Warhammer 40,000 Factions and Campaigns
Warhammer 40,000: Tacticus will launch with EIGHT playable factions and more will be on the way in regular updates throughout the game’s development. Every army can take part and fight through a deep narrative crafted by renowned Warhammer scribe Matt Forbeck. At the start of your journey, you begin fighting with an Ultramarine squad, quickly enhanced with a fierce member of the Adepta Sororitas, to defeat the implacable Necrons. As you progress you continue to unlock squads of some of the universe’s most powerful warriors and battle through multiple parallel campaigns

Here is a quick list of the announced playable armies:

Quick and Thrilling PvP
Live PvP will be available at launch for players to battle it out. Fast paced skirmishes with no waiting time will bring players head-to-head in intense bursts of Warhammer combat. Post launch, the team has plans for massive Guild vs Guild wars that take PvP to a larger level scale.

Players can pre-register on June 1st and prepare for conquest in the 41st millennium. Fans are invited to sign up to be notified when more Tacticus News comes out, and pre-register the game on their favorite mobile device to earn some unique rewards. 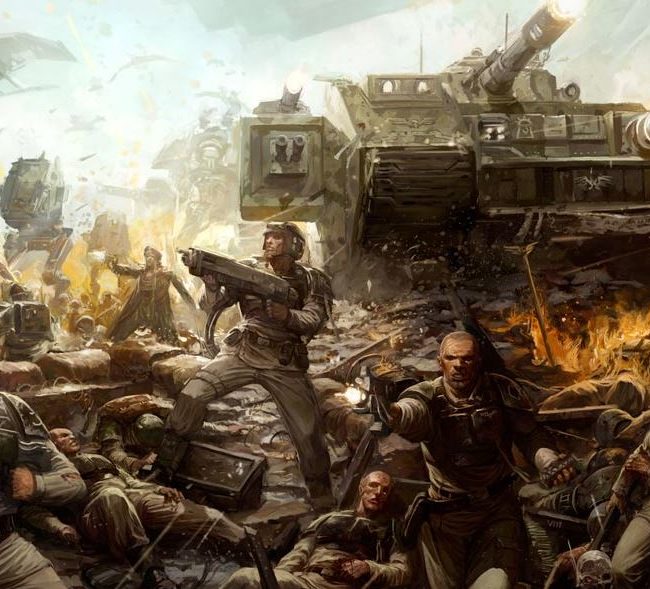 Why Is It 2020 and I Still Feel Grossly Underrepresented in Warhammer?