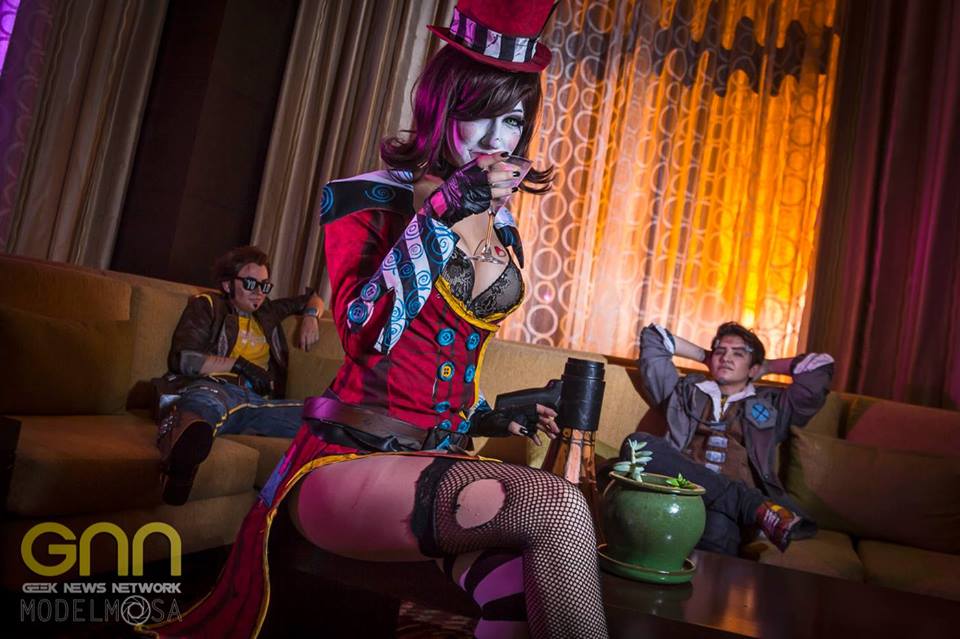 Cosplayer of the Month: Citrusbell

You ever meet one of those people for the first time and out of no where they are just a breath of fresh air? That is exactly the experience I had with Citrusbell the first time I met her at Taiyou Con 2016. I was simply minding my own business, enjoying the convention when I stumbled upon her both and she engaged me with the flash of a genuine smile and greeted me to her booth.

We chatted for a bit, making the usual small talk that happens at conventions: “Are you enjoying the convention?” “Is this your first time here?” . The thing that separated her from many other cosplayers was her playful, and cheerful spirit. After the convention I followed her work and saw just how dedicated to her craft she was by constantly crafting new costumes and attending events like the Arizona Renaissance Faire as an actress. The humor she uses in her posts make the enjoyable! Anyone can post a photo of their beautiful self but not everyone can do that and give you a good laugh at the same time.

Thankfully, she was open to an interview and I knew that she deserved to be our Cosplayer of the Month for all the hard work and wit she brings to the cosplay community.

The Geek Lyfe: Although I have been a fan of yours for quite some time, there may be a few Geek Lyfers who have not seen your work before, 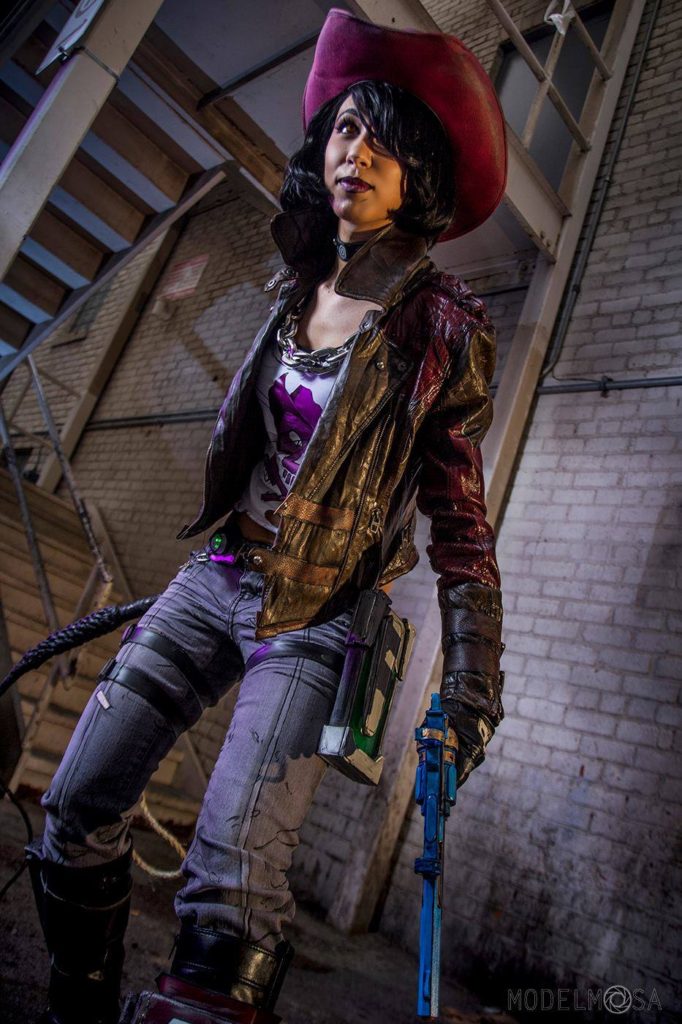 would you be alright introducing yourself?

Citrusbell: Of course! Hello, hello, my name is Renee Watson. I’m Citrusbell Cosplay online! I have a cat named Bandit, my favorite food is pizza! I love boba teas, orange juice, and history. My favorite anime is Tiger and Bunny, my favorite movie is Clue, and my favorite video game is Borderlands 2.

TGL:  How long have you been into cosplay and what led you down this path?

CB: I started cosplaying in 2009. I found an anime magazine in Barns and Noble and inside was an article about anime conventions in Japan! Now as a kid, my favorite holiday was Halloween! I would spend months planning out my costumes. And suddenly I find out there is a whole community of people who make costumes to wear to events year round? I was totally floored. I couldn’t wait to join.

CB: One of my most treasured cosplay memories is the evening my friends and I were hanging out in the convention center’s hotel lobby when-! Participants of a Barbershop Quartet convention poured in to the hotel and started rehearsing in every corner of the hotel! It was like being in Hollywood week of American Idol! Melodies intermingled as 50 voices filled the high ceilings of the lobby. We sat quietly, watching from a set of couches as more and more singers came in and found little spots here and there to rehearse in. It was then a group of sweet elderly gentlemen approached me and asked for a photo with me in exchange for a song! How could I refuse? They sang Frank Sinatra’s Witchcraft for me. They were all so talented, it was truly a treat!

CB: Ouuuuggghhhh, those mornings when I’m up until 1-3am on Friday night of a con. And I know I have to be up at 6am to get into costume because my make up takes three hours to get into but I’m having so much fun at a photoshoot or at a dance with friends I CAN NOT NOT ENJOY MYSELF even though I know that 5:45am alarm will come for me. Oh, I do it to myself every convention. And it hurts me. And I know I should know better. But I can’t help myself. I love conventions! 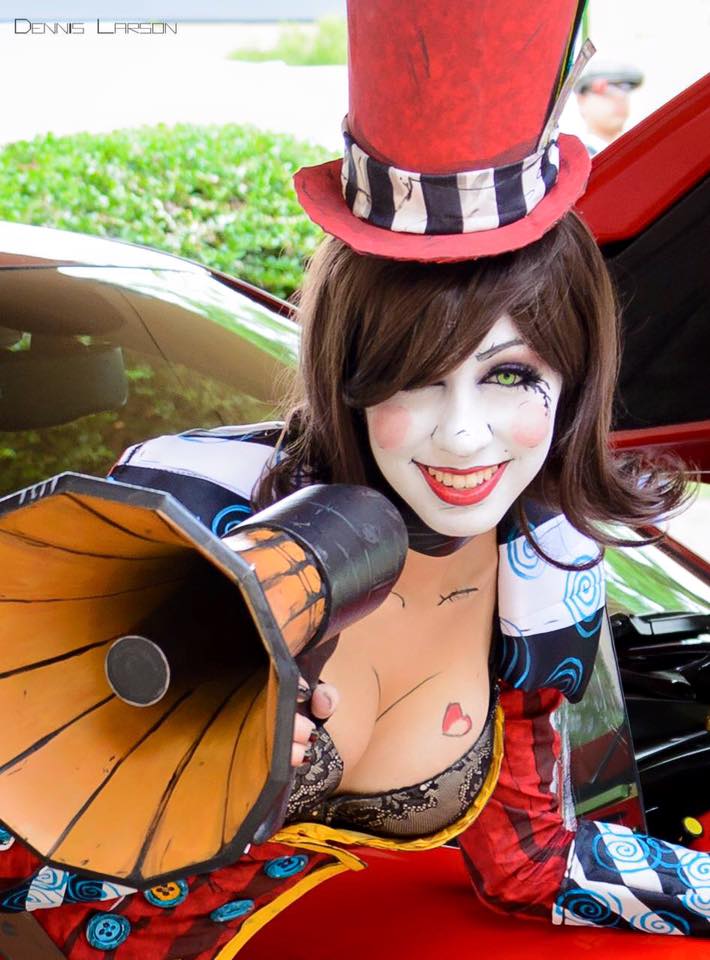 CB: I love playing video games! Tombraider, the Assassin’s Creed series, Borderlands, Phoenix Wright! I also love watching movies. Sometimes I try to push myself to get out and take a nature hike. That’s good healthy stuff! But no. Netflix is too good to me.

CB: Man oh man. That anime, yo. I started watching Dragon Ball in Spanish when I seven years old. Then Zoids, Sailor Moon, Yu-Gi-Oh, Pokemon, Cyborg 009, Inuyasha, Yu Yu Hakusho. I couldn’t get enough of it. I learned to play the violin because Sailor Neptune played it! And I actually selected history as my major in college after watching Axis Powers Hetalia. It presented history in such engaging, accessible manner I was inspired to teach! I’d planned on using the show as a teaching aid when I started working in schools, hah! That dream’s sort of fallen to the wayside, but my love for the series remains. I often feel I ought to go back and experience some of these titles again. They made such an impact on me as a kid, I’m in need of inspiration now-a-days. Maybe they can do a little inspiring for me as a crazy adult.

TGL: If you could make any one character from any geeky universe(Video Games, Comic Books, Novels, Movies etc.) your best friend in real life, who would you want it to be and why?

CB: I immediately want to say Borderlands’ Handsome Jack, he’s my main bae right now, hah! But that would go terrifically bad for me in the end, I think. (Hey there Tales from the Borderlands, thanks for showing me how’d that go.) MAN OH MAN. Who to pick! I think I’d… pick… Alfred from Hetalia. The dude is a walking no chill zone who sees everything as a challenge and opportunity. I’m not sure anything really really gets him down, and boy could I use a little of that turned up energy. Phew! Plus he eats fast food pretty much exclusively and I feel he and I could seriously discuss 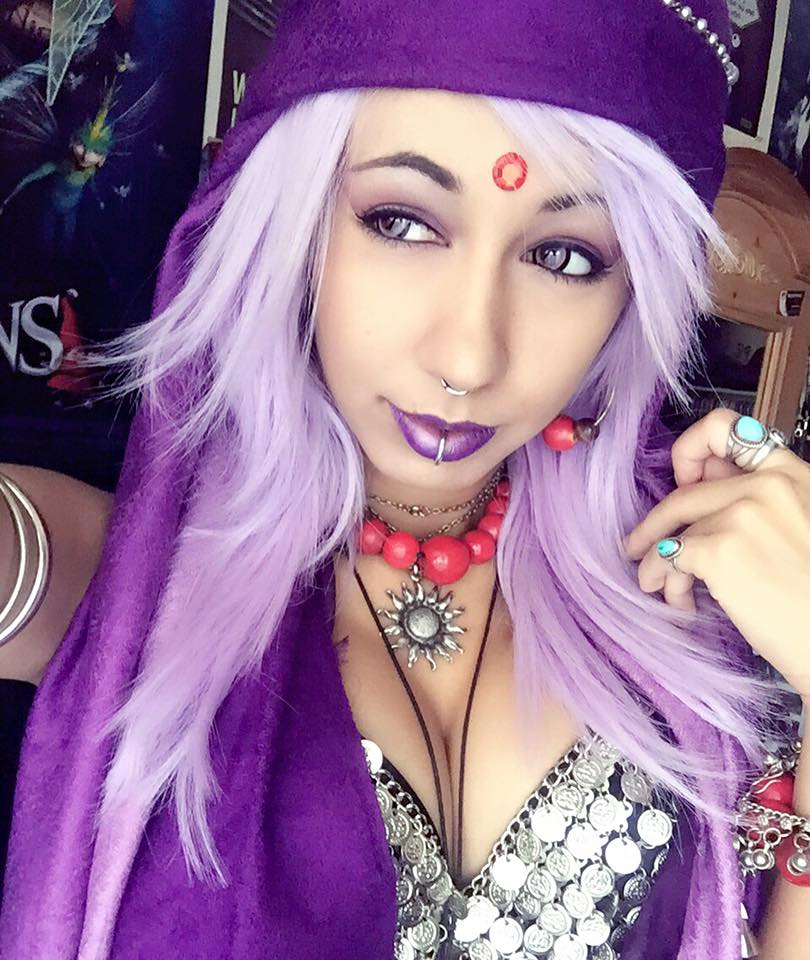 CB: YES OH BOY DO I. I love Mad Moxxi to death. I want to make all of her outfits! Sometimes I think the people that follow me have got to be getting bored of my Borderlands-ing. I just. Maybe I’m crazy, but I love painting lines on clothing. Love it.I’m also looking at doing some more anime stuff! Sailor Jupiter is a long time coming, so is Sailor Neptune. I want to get back to my roots!

CB: Don’t give up! Never give up. If something looks hard, and things aren’t coming out the way you want them to, take a break. If that break lasts a year, that’s cool. But don’t ever talk yourself out of a cosplay you really want to do. Give yourself time, work your way up to that challenging dream cosplay, but never ever give up. And never surrender. 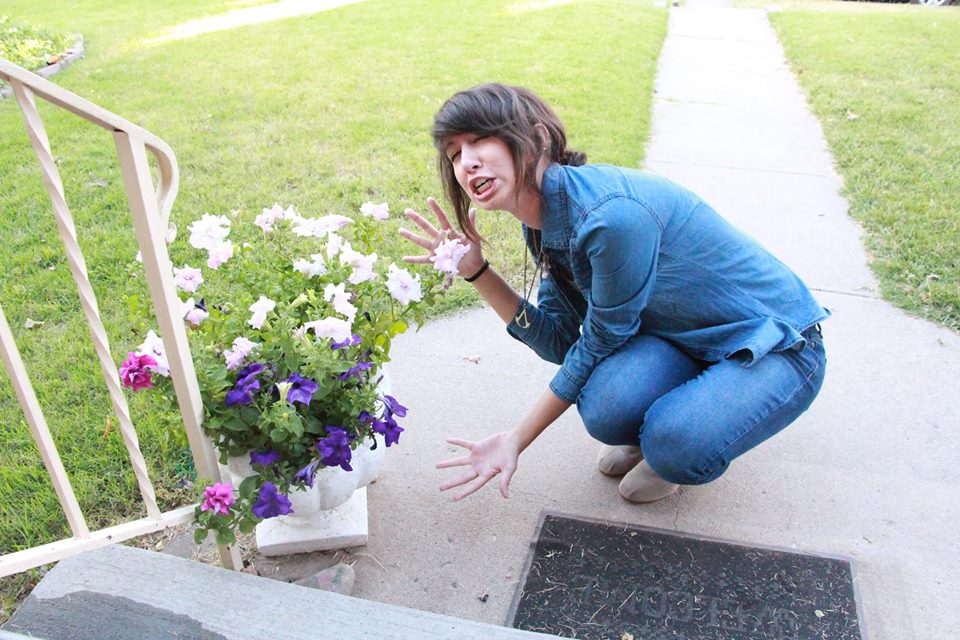 I want to give a huge shout out to Citrusbell for being wonderful in every way! Despite the crazy busy time before Phoenix Comicon 2016, she took the time to answer a few of our questions! I had a great time throwing this article together because it required me to go through her previous photos and there were some amazing gems! Going from super pretty to super silly is always a 10/10 act! Be sure to follow her on her Facebook and Twitter to get your fix of everything Citrusbell!

Cosplayer of the Week: Illuminaughty Cosplay 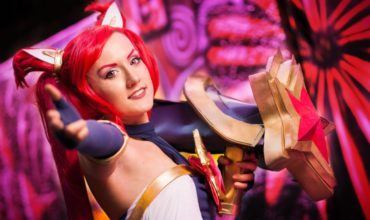 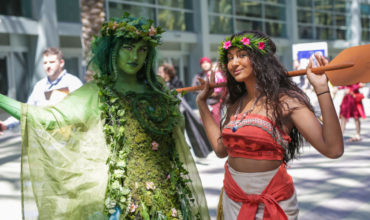 One Of The Most Adorable Geeky Proposals Ever 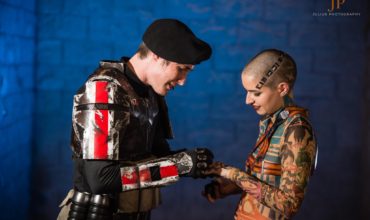 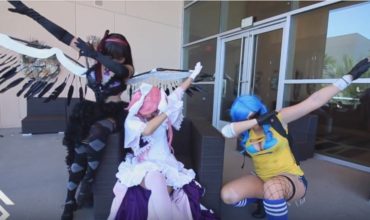