When the first Men in Black (or MIB as most would recall it) came out, it became an important movie from the 90s — the humor was fresh, the actors were good, and the idea of aliens secretly living right under our noses felt on point. Men in Black II was almost as good. Together, these two movies they left a large seat for Men in Black: International to fill. The new movie almost filled it. Almost.

MIB: International had the same delicious snarky humor the previous two movies had. The snide comments and under-the-table insults gave us all hearty laughs. Tessa Thompson played Agent M, and she didn’t stand out as much as I hoped she would. Chris Hemsworth, who played Agent H and Agent M’s partner, showed that he is capable of more than a typical superhero role but not by much. The duo was funny together, but they did not seem to be as charismatic as Will Smith and Tommy Lee Jone in the first movie.

The movie begins with a young girl seeing two MIB agents wiping her parents’ memory and helping a small alien escape. The girl then grows into a woman obsessed with finding MIB and becoming an agent. This leaves a confusing plot hole: Why would she want to be an MIB agent after helping an alien escape their clutches?

After finding the MIB headquarters in New York, she spends 30 seconds convincing Agent O (Emma Thompson), the leader, that she would be a perfect agent. Agent O then decides to send Molly (now agent M) to London because there is a “problem” there. Hint: Agent O thinks there’s a mole in the MIB London branch and decides to send the noob Agent M to figure it out because, as we all know, noobs are the best at finding traitors in government agencies.

Agent O then convinces the super-hot, rebellious Agent H that she would be a perfect partner. Agent O is then given a strange box by an alien she just met and they find out it’s a weapon capable of destroying entire solar systems, all while being chased by alien twins that take time to dance in a club because the crowd loves it.

Using nothing but their wits and some guns, Agent O and H slip through everyone’s fingers, kill the aliens wanting to use the guns to destroy the Earth and become legends in MIB.

I imagine the painting of them hung in the MIB offices will really reflect that wit they talk so highly of.

While MIB International gave us hearty laughs and an easily digestible storyline, it was lacking the uniqueness the original MIB movie gave us in 1997. Still, as a fan of the first and second movies, I’d watch MIB International again and find myself laughing. It’s just unfortunate I wouldn’t remember anything about the movie later. Was I neutralized, or was it something else?

Overall, I’d give Men in Black: International a 3 out of 5 stars. I loved the type of humor it had, but there were too many parts that were copies of the first two. It detracted from the enjoyment a movie should have. Perhaps it’s time Hollywood start thinking of new creations rather than recycle old ones. 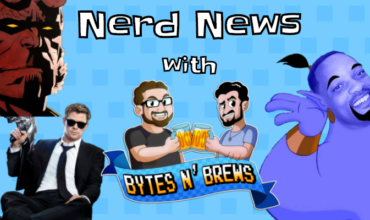