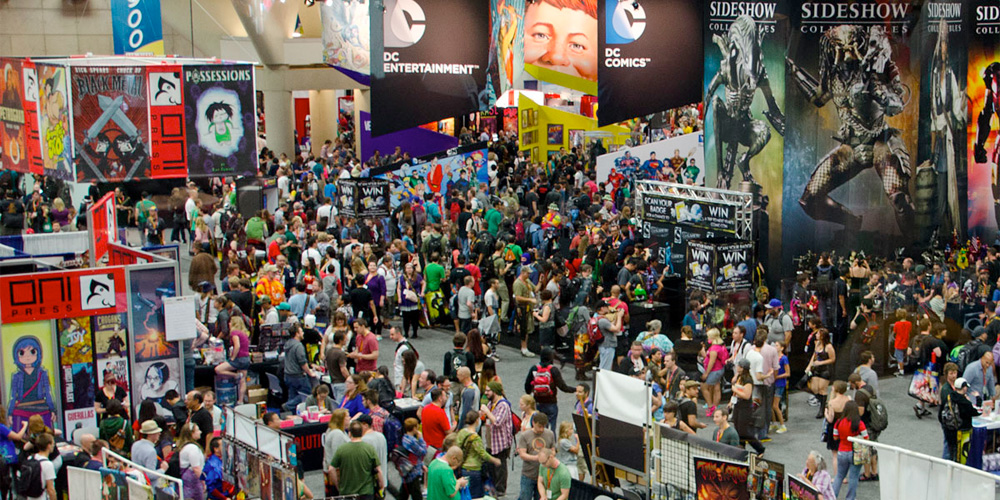 San Diego Comic-Con is without a doubt the Wrestlemania of comic cons. Cosplayers, geeky media fans, aspiring writers, aspiring artists and so many others flock from all across the globe to attend the convention for four days. Tickets this year sold out in less than 55 minutes, unfortunately because Geek Lyfe is still an indie blog we were not able to get media passes. One day we shall walk those halls and gather this information for ourselves but for now, we report everything we heard happen at SDCC 2015.

The Supernatural star recently cancelled his appearance at another convention due to depression and received the support of many fans and fellow actors on social media. When it came time for San Diego Comic-Con, he went with his co-stars and greeted fans as normal. Little did he know that fans planned to further show their support for him by bringing in and lighting electronic candles and waved them about. He was overwhelmed by the show and thanked the fans accordingly.

Oh man, I am a huge DC fan boy and hope that this is the film the puts DC films back into the number one spotlight. The Batman films have been great, Man of Steel was wonderful but the other DC films have been quite lackluster. Their TV shows are amazing so at least on that front DC is winning by a landslide but so far from the trailer, we can expect a great quality film from Dawn of Justice.

Fear the Walking Dead has many fans cheering due to it’s placement at the very beginning of the zombie outbreak. With The Walking Dead, the viewers are thrown into the chaos after the fall of man has occurred and although the show is fantastic by itself, getting to see how Los Angeles feel to the undead will be very entertaining.

Just like Dawn of Justice, DC fans have been reluctantly optimistic about the film packed with DC outlaws who are given a chance to take time off of their sentence by preforming black op tasks for the government. They are expected to die and so, they are dubbed the Suicide Squad. We’ve seen odd photos from various characters and harbor mixed feelings about the direction the film is taking but we’ll still throw money at the screen until the day comes where we can watch the movie in it’s entirety.

World of Warcraft has been my drug of choice for years. I’ve played everything from the RTS to their MMO and Heroes of the Storm, and have even read a majority of the novels that have come out. I love this IP and have yearned to see it hit the big screen since I finished Warcraft III years ago. thankfully, the gods have answered my prayers and are still in the process of finishing it. At first fans were skeptical that anyone could pull off a good film about such a robust lore but Duncan Jones has stepped up to the plate and so far everything we have seen has been jaw dropping.

If time traveling back and forth in Days of Future’s past was not epic enough for you then just wait until you feast your eyes on the next X-Men film: Apocalypse. I originally had not planned on featuring them but their trailer was just leaked and I thought it’d be a great way to end our re cap.

Well, this is all we have for you in terms of news regarding all the latest news and trailers from San Diego Comic-Con! I hope you enjoy all of this(I know we will!) and we strive to make our way to the convention next year to report on everything live!

Embrace Your Geekiness: Tales of a Geek