Whenever I go to a major event such as a convention or festival, it takes days to plan. I have to look at their website, possibly call managers, and research other people’s experience. The day of the event, I have to take the extra step of bringing (sometimes even sneaking) food. All of this is an annoyance, but it’s been a part of my life since my son was diagnosed with Celiac.

Celiac is an auto-immune disease (when your body attacks itself) triggered by gluten. When my son eats gluten, he gets a stomach ache to start. Then it leads to diarrhea, sluggishness, weight loss, and–if it’s bad enough–continuous vomiting. This isn’t just an allergy; if his intestines are damaged by years and years of gluten he could get cancer. Before doctors knew its root cause, the mortality rate was 30% from cancer or malnutrition. It wasn’t until a doctor had the revolutionary-but-inaccurate idea of Celiacs following “The Banana Diet” that scientists began to see what caused the symptoms.  Nowadays, we know that even a tiny crumb of bread from a poorly washed plate can trigger it.

Celiac affects only 1% of the population, but 2.7 million Americans choose to follow a gluten-free diet even though they do not have Celiac. The rise is due to a higher worry about our diets and millennials, like me, caring more than previous generations about what we put into our body.

Those who do not have a medical condition but choose to avoid gluten have significantly helped people with Celiac and Hashimoto’s. There are a lot more options in grocery stores and restaurants. Brands advertise “gluten-free” on the front of packages and in commercials. People also have a better general idea of the term gluten and what it means.

However, some people take issue with the fad diet movement it’s created. Gluten-free has been associated with “alternative medicine” crowds who follow a celebrity or a book over science. A lot of studies have shown that unless there is a medical condition, it is encouraged everyone includes gluten in their diet.

I don’t believe or expect every food business to cater to the needs of my son and I. However, I do believe all festivals and conventions should offer healthier food choices.

Starting with one unhealthy meal such as the standard burger and fries, the high amount of sugar and fat causes a jolt of energy followed by a crash and a stomach ache from indigestion. This leads to irritability and fatigue. Sick people don’t want to shop and spend money, nor do they want to walk around a festival or convention.

There is a belief that healthy food will cost more to buy, is harder to store, and more time and effort to cook. However, that’s a poor excuse and untrue. There are foods that can be frozen and others keep long enough for a 3-day event. Smoothies, pre-packaged salads, power bars made with dried fruit, and whole wheat bread are all great options.  I’m not the only one that feels disappointed when my plate at a convention shows different shades of brown, and I’m not the only one willing to pay more for a more colorful plate. Studies have shown a huge increase in the health-conscious community, most of them willing to spend more on healthy options.

This would benefit my son and me, but other people would be happier as well. They would have more energy from better meals, more health-conscious people would stay at festivals which means more profit for vendors. People who have a disease that forces them to care more about what they put in their body would love it.

Even if every event had one or two gluten-free options, I’d be happy. Starbucks has several, Chik-Fil-A has a pre-packaged gluten-free bun, and Dunkin Donuts has a few pastries. It’s not impossible, and I know to expect to pay more (even though I don’t want to). There are no legitimate excuses anymore. It’s time for them to change. 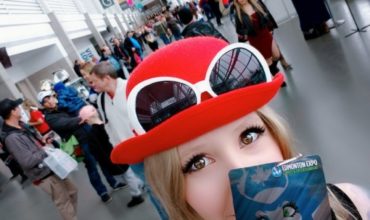 The Geek Lyfe Is Thankful! 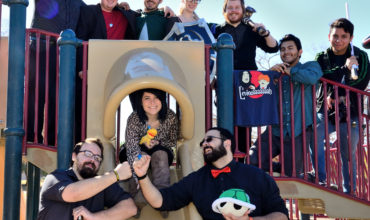 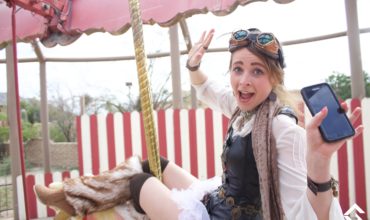 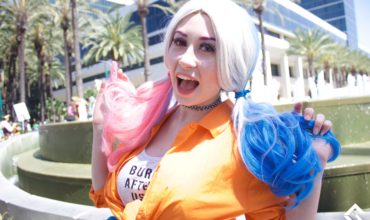