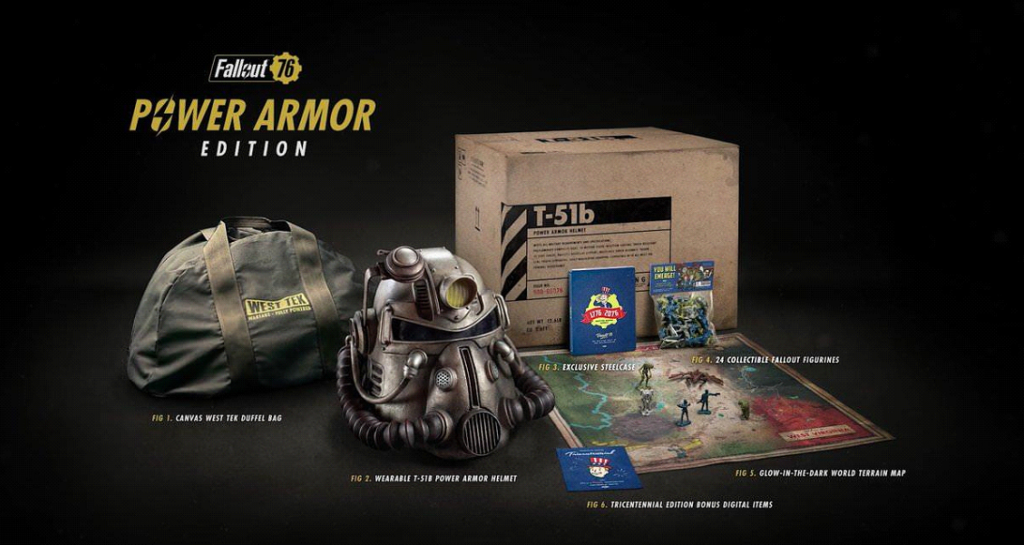 Fallout 76 is Bethesda’s latest open world, post-apocalyptic, multiplayer game. Since its release just over two weeks ago, there has been a torrent of criticism levied against the game and the giant company that birthed it. Many of these gripes have been the standard stock Bethesda issues such as buggy game play or low frame rate when a nuke goes boom. From end game bosses that look like and share a move set with the dragons from Skyrim (in case you didn’t know, Bethesda made that too!), to the physical copy of this game LITERALLY coming with a digital download code on a cardboard disk in place of the normal, you know, physical copy, thus making trade-ins and resales impossible, many issues have really iced the cake that lies atop this pile of controversy.

Along with this has come some of the worst reviews ever laid upon the, until recently, mostly stellar reputation of this AAA Company. Boring game play, lack of story and an all-round broken multiplayer experience on launch has made Fallout 76 one of the most talked about games this year!

It leaves me wondering, “What on earth could happen next!?” Well, I wasn’t waiting for long. This morning I awoke to news that MORE troubles have affected the house of Todd Howard. The $200 Collector’s Edition of the game, whose release had been delayed until this week and forced Bethesda to send over download codes to all who pre-ordered this edition just so they could play, has arrived with a completely different bag to which it was advertised, and at the time of writing still is advertised as such.

Please notice the word “canvas” in this advert. You’ll be needing this knowledge later.

Now, I understand that between the marketing and then actually shipping, things can change. A model might not be as well painted as it is in the picture, or an item suddenly changes colour. This happens. What DOES NOT happen is a carrying bag advertised as a “Canvas West Tek Duffel Bag” suddenly and miraculous changing to a “Cheap Nylon West Tek Trash Bag,” But believe it or not, this has happened. The $200, I repeat $200, Collector’s Edition contained a cheap trashy bag in place of the CANVAS it was advertised as.

Needless to say, people were not best pleased with this revelation and took to social media to express this. Bethesda, however, decided it was best to quell this mob by offering it gifts, declaring “We understand and respect that there is disappointment with the bag in the Power Armor Edition. We are sorry. Please contact Bethesda Support to provide proof of your CE purchase. They will assist in granting your account 500 Atoms.”

Can I just point out that Atoms are the in-game micro transaction currency of this game? I also want to point out that 500 of these Atoms is the equivalent to $5. $5! Five of your American dollars to apologize for one of the centerpieces of this $200 Collector’s Edition (I will keep reminding you of this). Wow!

Is this the end of the tumultuous tale of Fallout 76, the ambitious game that maybe bit off more than it could chew, or is there more on the horizon? Only time and the collective outrage of most fans of Fallout will tell!

previous post
Nerd News with Bytes N’ Brews Episode 5: Heroes of the Storm, Sonic Movie, Relics and Rarities
next post
The S.A.L.E.M. Series is Coming Soon from the Brilliant Mind of Sincerely Sam!