Enjoy Warhammer 40k? Every wonder what it’d be like in the shoes of an Imperial Guardsmen(Or Astra Militarum, which ever name you prefer!) then look no further than EAGLE ORDINARY COMICS! We are huge fans of their work and will be featuring their content on our site every week!

Eagle ordinary is a comic based off of a tabletop RPG
played by a bunch of nerds on the internet. Sometimes a story is just so cool
you just have to share it with your friends. This is one of those stories.

This comic is based off of a game of Only War, a Table Top Game by Fantasy Flight Games within the Warhammer 40k universe by Games Workshop. It’s one in a series of books, which also include Dark Heresy, Rogue Trader, Black Crusade and Deathwatch. Most everyone in our group has played each of these at some point in time and have for some time now, along with others. 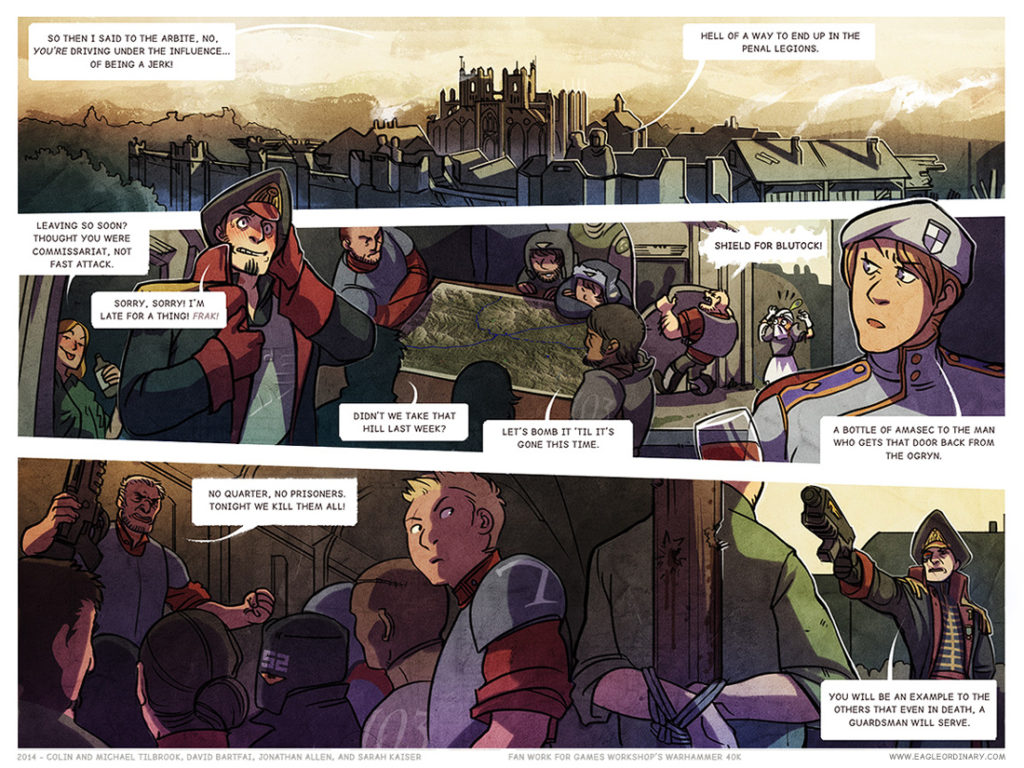 I am such a huge fan of their work due to all the Imperial Guard love. You can probably find a dozen Space Marine webcomics but IG ones are rare, especially with this level of quality and writing! They can’t make any money off of his due to using the Games Workshop IP, so the least I can do is help spread the word!

You can find them at http://eagleordinary.smackjeeves.com for more great comics! They are really great guys and their work is fantastic! Check em out!

Geek images across the web