They are our champion convention; the one that a majority of Arizona geeks look forward to all year long. Arizona geeks save every penny they have for a hotel room. They go beyond their limits in order to squeeze every ounce of enjoyment they can from those four wonderful days. Even driving in Downtown Phoenix is a feat in itself with its one way streets that are so foreign to even resident drivers! Despite the tremendous heat our state is infamous for, cosplayers, bless their hearts, choose to still walk the weekend in their armor builds, body suits, and more.

With that being said, let us get into the review! 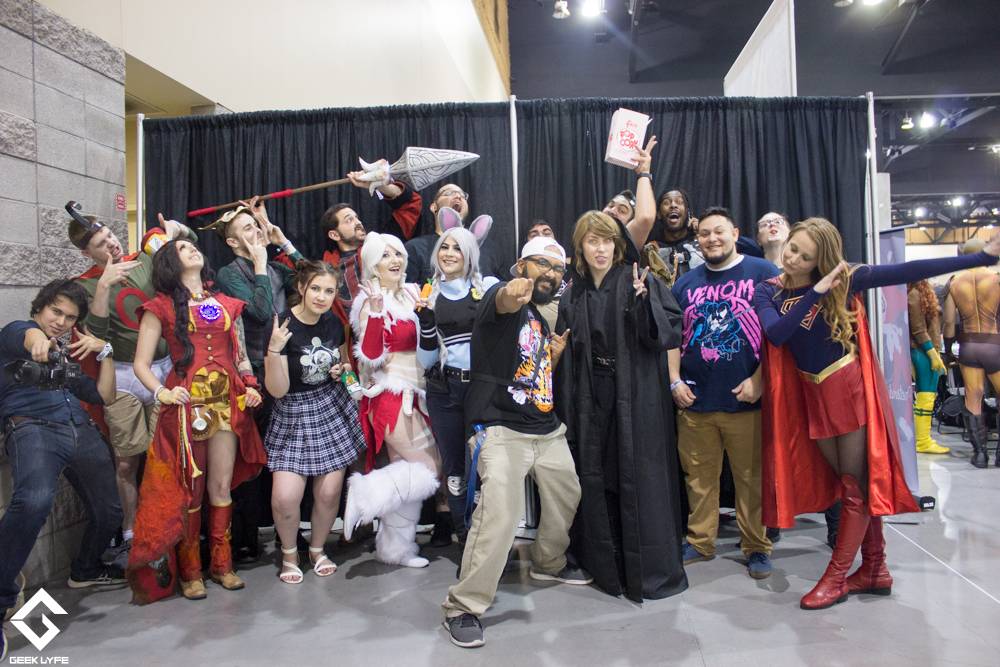 The Geek Lyfe staff and homies!

Last year was rough for Phoenix Comicon/Fest, and in an attempt to alleviate concerns, the staff of Arizona’s largest convention made strides to rebuild the damaged relationship between themselves and their fans. One of our biggest complaints was their lack of communication with attendees: in the past there would only ever be a response to a bad situation when everything was on fire. However, leading up to Phoenix Comic Fest 2018, there was a wealth of information provided to the general public that went over a majority of concerns from security, cosplay props, guests, and even explaining why the ticket price increased.

I appreciate these efforts. It helped keep the community informed, and I commend the staff who worked tirelessly to respond to the overwhelming amount of emails and comments.

This was the first year that I felt Phoenix Comicon/Fest had adequate security measures for a convention of this size. While it is sad that the only way we got to this point was because of the unfortunate incident that occurred last year, the fact that we have a proper system is grand. Entrance to the convention was limited to three areas, and outside of those areas were badge pick up booths and security check points.

Badge pick up was relatively quick and painless. The security screening involved bag checks and wandings. For the first time ever, out of all the conventions I have ever attended, my favorite ‘Senpai’ hat by Anime Trash Swag that involves golden spikes was denied access because security felt it could be a potential threat. While I was sad to have to go back to my parking garage and put away my hat, I appreciate the concern. Better to err on the side of caution and remove any potential issues!

There were complaints by many about how the security staff treated attendees/exhibitors/guests with some manner of verbal disrespect which is unfortunate, but then again the role of security isn’t to be friendly but rather to maintain order. The other update was the change from badges to wristbands. The wristbands were not able to be undone once clipped together which caused a mild amount of concern from those who decided to try on their bands prior to the convention and then were forced to snip it off or use alternate methods of removal.

The bands were used to scan in at security check points and ensure the other people coming into the event were those who paid. In the past, the more chaotic neutral attendees photo copied badges or feigned their pass by using a pass from a previous year or one single day pass for every day. This change to bands will hopefully resolve this issue moving forward!

The topic of cosplay is always near and dear to our hearts because so many of our cherished friends take on the task of creating wonderful costumes to showcase during the weekend. We have so much vibrant talent in our state that it was such a blessing to see local talent highlighted, with official cosplay guests including Krash Cosplay, Elfyaubrie, Pretend Princess, Amber Skies, Amber Brite, Lindsay Elyse, Sara Moni, Courtney Leigh Creations and more!

Kudos to Phoenix Comic Fest for not only recognizing these incredible human beings for all of their hard work but for also giving them their well deserved spotlight. Supporting local talent is the foundation of fostering a vibrant community and I am so glad that they are making great strides towards this.

Without a doubt my favorite cosplay of the weekend was a group cosplay consisting of Sara Moni, Loki Twin, Mucho Muncho, Brookeemeliacosplay, therealsaphiregem, and Aceymclacey! They all came as Michael Jackson from various eras of his career and they were flawless! 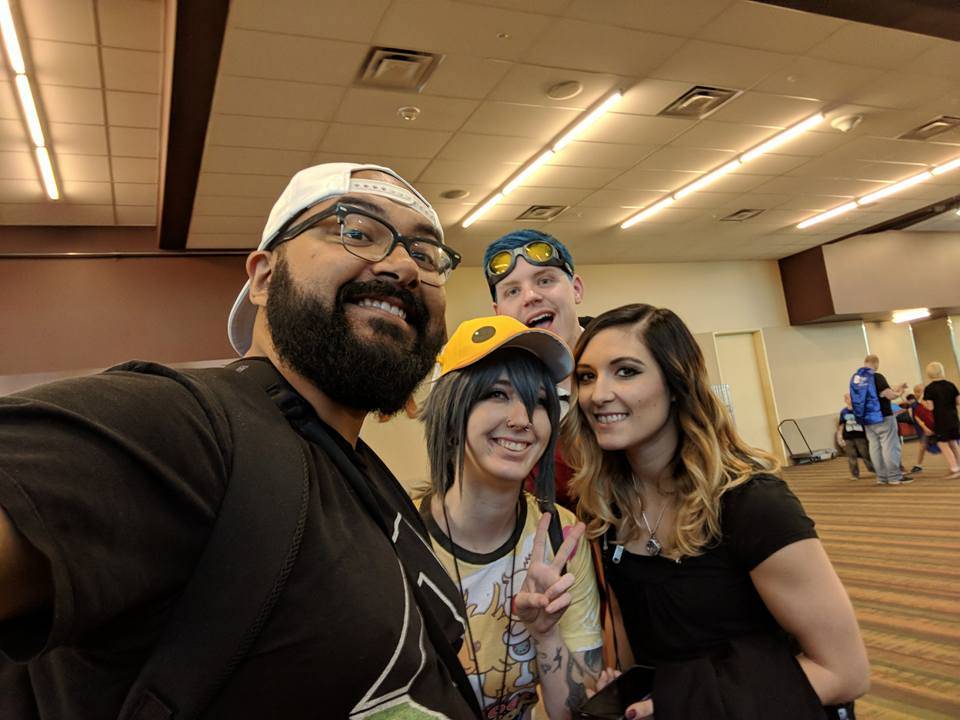 During Phoenix Comic Fest weekend, we were hustling here, there, and everywhere. Interviews, running events, taking photos, doing photography projects, and so much more. All along the way we encountered the hardworking staff that helped run Phoenix Comic Fest. Every single person we got the chance to work with was nothing but professional and kind. One we would like to highlight specifically is Nichole Nance.

In the past we had such an odd experience interacting with various contacts and would rarely get clear responses to questions or granted anything more than passes to the convention. This was the first year we felt like Phoenix Comic Fest actually made an attempt to reach out to local community media outlets to help bolster content and coverage. Our main point of contact was Miss Nance and she did a fantastic job through and through!

Many of our dear friends who were vendors and/or guests vouched for the incredible effort the staff had made to accommodate them which had not been the case just a few years ago. We’ve always known the staff of Phoenix Comic Con to be hardworking but they somehow stepped up their game even more than they ever have before and it is appreciated.

At the end of the day, this was a unique year for Phoenix Comic Fest and the Arizona convention community as a whole. The attendance for the event had been the lower than recent years. Some other numbers provided by Phoenix Comic Fest’s Facebook page:

Number of media and voice actors: 38 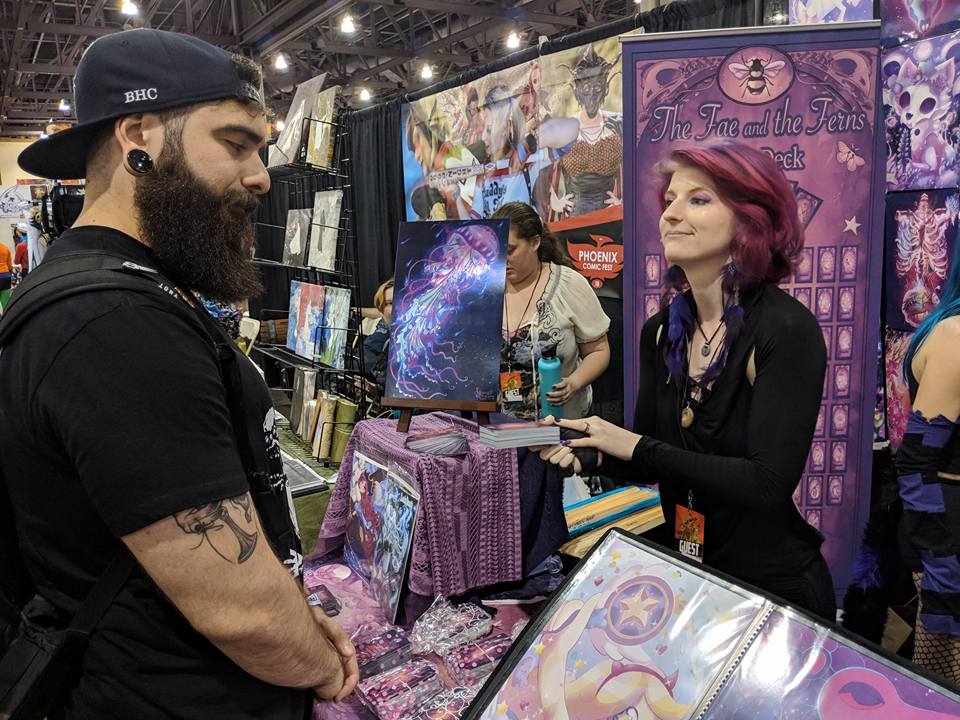 Sincerely Sam tempting Mat from The Final Boys for a reading.

It is easy to take in this information and decide that this was a major loss for Arizona’s champion convention. To be quite honest, this year was my absolute favorite year for a long time. Having additional security, seeing local talent be highlighted, less crowds, solid communication, and attentive staff made Phoenix Comic Fest 2018 an event I was proud to call our own. This is with out a doubt a proper step back in order to take three forward.

We’ve still got lots of interviews to share from some of the great people who were in attendance at this convention including Glenn Rane, Apotheosis Cosplay, Sincerely Sam, Pretend Princess, Amber Skies, ElfyAubrie, Tidesiren, Halle-lujah, Sedona Cosplay, Game2Hype, and Lindsay Elyse!

Cosplayer of the Week: Brookeemelia Cosplay 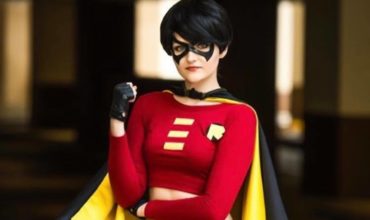 Cosplayer Of The Week: ElfyAubrie 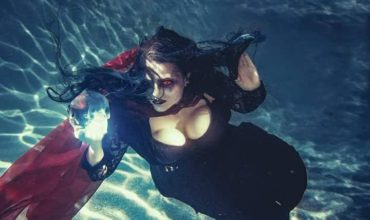 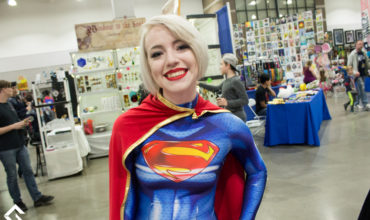 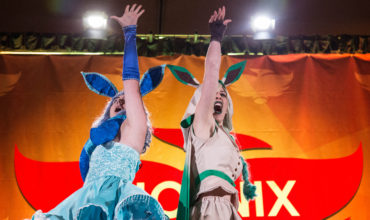