This weekend Bethesda released Elder Scrolls: Blades to iTunes and Google Play Stores in Early Access. As a Skyrim fan, I quickly jumped on downloading Blades and checking out what it had to offer.

As a disclaimer, I don’t like to play mobile games. I find most of them have little to no replay value outside of the first few hours once the “catch” comes in. “The catch” being the point in which it becomes obvious it wants you to pay to keep playing as it gets more difficult. But we’ll get to that later, for now, here’s the rundown. 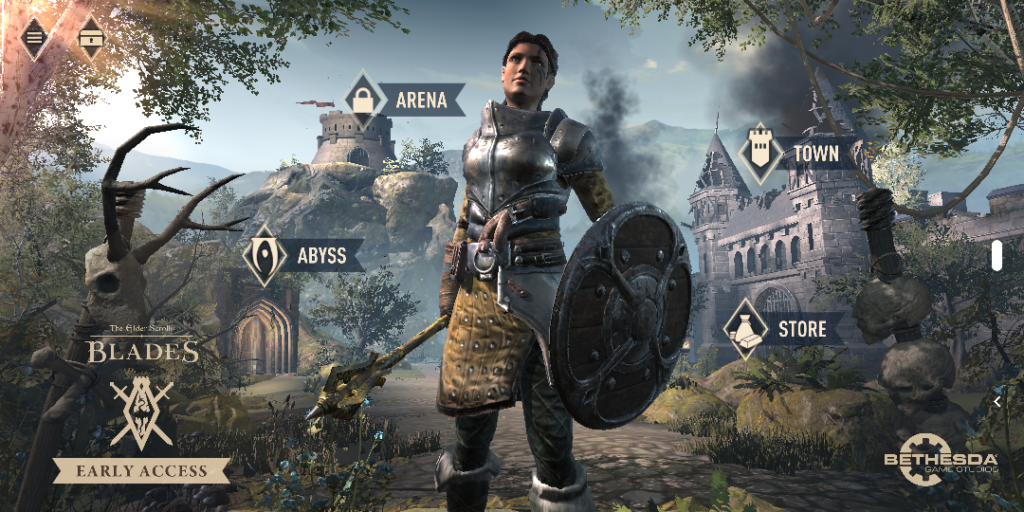 Elder Scrolls: Blades starts out with your character coming to your city in flame and ruin. Surprise, it’s your job to be its hero! Your tasks begin by crawling dungeons to gather materials and money to help rebuild your town. The beginning dungeons of Elder Scrolls: Blades are easy to run through quickly, but the main quests are good at giving you plenty to look at and explore. The harder dungeons let you experience secret passages and struggle with bosses just like a usual Bethesda dungeon.

The end-game of Elder Scrolls: Blades, which being relatively new to the game I have only seen hints of is called “The Abyss”. This is hailed as a dungeon crawl meant to challenge the player. You delve deep and see the furthest level you can beat before being exhausted of resources.

As far as the way it operates, this game plays beautifully on my Pixel 3. It has little to no snags or frame drops and after 10 hours of play time I haven’t experienced any crashes. I started out playing the game in portrait mode and using the tap-to-move. However, I quickly discovered the virtual joystick mode and that playing in landscape was far superior.

For me, the only thing Elder Scrolls: Blades is missing is the open world aspect. You really can’t explore and discover on your own or find the secrets of the world. When selecting dungeon quests you get a loading screen and are teleported to the entrance. The game uses a “clairvoyance” mechanic that helps you from getting lost. These are much like the scout flies in Monster Hunter World that make sense for the open world of MHW, but in small dungeon tracks they aren’t entirely necessary. 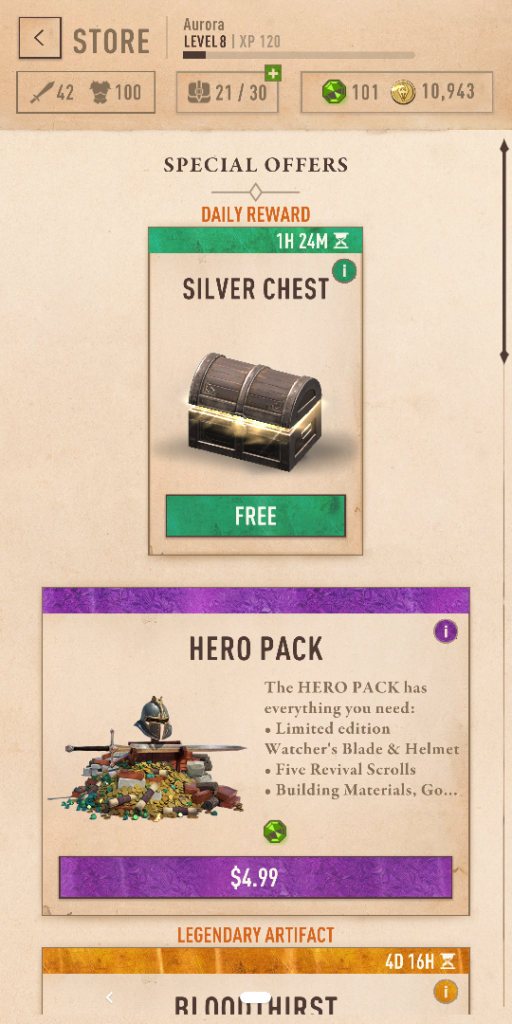 The game operates on 2 currencies, Gems and Gold. Gold is awarded by doing quests and is used to upgrade your city, your gear, and buy potions. Gems are awarded by completing main scenario quests or can be purchased in the store. These are used for skipping quests, which essentially means you can hit “complete” on a quest and it will just grant you the rewards immediately. Gems are also used to immediately open chests you discover on your dungeon dives. The Gold chest takes 6 hours real time to open. However, you

can spend your precious gems to open it immediately without waiting and receive its splendors. This is optional, of course, there are more than enough formulaic entry-level dungeons to grind while you wait for them to open.

All in all, I think this a great mobile game and can see many other companies following this formula in the future. The pay-to-win aspect is not prominent and while the world feels closed off, it is satisfying rebuilding your city and decorating it. Bethesda desperately needed a win after the crash and burn of Fallout 76, and while I think this is definitely not a failure, the gaming community is getting tired of mobile games being put ahead of our favorite titles getting the attention they deserve.

previous post
Five Reasons You Should Be Watching “The Promised Neverland”
next post
Horsemen of Tackle Emerald City Comic Con 2019!