We continue our never-ending journey to highlight amazing independent content creators by bringing you the fantastic, Lollipopheidi13! She hails from the exotic and foreign lands of California and is a veteran of all things cosplay and kawaii!

I got to meet Lollipopheidi13 earlier this year at Anime Expo for a brief, yet fun, interview and she was just so kind and full of good vibes!

We had to reach out for a follow-up interview to truly showcase her as an artist! We hope you enjoy our interview!

The Geek Lyfe: What is your cosplay origin story?

Lollipopheidi13: When I was a sophomore in high school I transferred schools and decided I was going to be more open about my love for anime, at my previous school I was a closet otaku but now I wanted to embrace who I really was and that I loved being a weeb. One day I had a friend at the new school come up to me and asked if I was going to Fanime next weekend since they knew I was an anime addict.

I didn’t know what Fanime was and said I don’t know what it is. My friend was so surprised that I loved anime but didn’t know what an anime convention was they explained it to me and my eyes sparkled ! they also said you have to cosplay if you go or you won’t fit in and you’ll feel really awkward. So, I asked them what I should cosplay because I needed something fast and easy since It was the following weekend.

They suggested Vocaloid since I had Miku on my bookbag at the time. My friend pulled up just be friends sung by Luka on her phone and suggested that. So, I immediately bought all the stuff to cosplay her around my hometown white dress boots I already had and a hot pink wig I got at the local dance costume shop. I attended the con in this garbage costume and had the most fun I’ve ever had ever and that is where it started, I wanted to keep doing cosplays and having more fun every time and look here we are now!

TGL: Out of all the years you have done cosplay, what has been one of your more favorite/proudest memories?

LPH13: One of my favorite memories actually happened last year at Blizzcon It was my first time attended the con as an actual attendee with a badge (previous years I had worked as staff for the con center or just gone and seen people around the center at the hotels and such) I was wondering by myself in my nano D.va cosplay just trying to take everything in because I wanted to do different things than my friends and a T mobile staff member came up to me and complimented me on my cosplay and if I would be free for a promo photo for their site, I was doing nothing at the time so I said sure and waited patiently for them to tell me what to do next.

They grabbed a few more Overwatch cosplayers and we were all waiting together till the member approached us again and said we were going to take a photo with Zedd. (if you don’t know Zedd is a big name DJ and I’ve been listening to his stuff for forever) at this time I couldn’t believe it till they told us to follow a Blizzard staff member and we passed the entire line to get into the Overwatch arena for the grand finals! My friends who were inside already saving me a seat saw me on the main stage and jaws dropped and I was, so star struck! We all took the photo with Zedd and the CEO of t mobile and let us find seats to watch the finals. Overall that experience is one of my top cosplay experiences.

TGL: Many people online will simply see one of your images, appreciate it for the moment and move on. However, I know that a lot of care and time goes into photoshoots. Could you describe your process for a cosplay photoshoot from the concept to when it hits your fans?

LPH13: I have 2 ways I go about photoshoots. The first is I find a cosplay I know I want to do, then create the cosplay, take a bunch of selfies on my phone (I have so many photos of myself on my phone), then I would reach out to photographers if they would be interested in shooting this cosplay if they had free time or location ideas, then we would execute it, they would be amazing and send me the photos, then I post to the social media pages and hope you all love it as much as I do!

The other way I handle photo shoots is I’ll have a photographer reach out to me, we will brainstorm ideas together I love creating, let the photographers have a word for the shoot and then make their ideas come to life too!

TGL: Out of all the cosplays you have ever done which one was your personal favorite even if it was not super well received by fans?

LPH13: All my Sonico’s will always be my favorite cosplays because I love her so much that I just have such a fun time cosplaying her even if people don’t understand the outfit or the character

LPH13: Anime is my main jam, but I also love video games!

LPH13: Subbed all the way It’s a personal preference but when it dubbed the animations on the mouths don’t line up as perfectly and it bothers me

TGL: It is apparent that you hustle to provide content for fans but when you have a day off, how do you spend it?

LPH13: I watch so much anime on my day off, I like to watch an entire series in one day a lot. I’ll also go out and play Pokémon Go in various locations like Long beach, Huntington park, and all-around Laguna Beach. Sometimes we will go all the way to Santa Monica pier for some great Pokémon spawns.

TGL: You just radiate such confidence and the swagger of a champion. However, a lot of geeks often struggle with overwhelming self-doubt, anxiety, and depression. When you have those bad days and get down on yourself, what do you do to remind yourself that you are wonderful?

LPH13: Even I struggle with those self-doubts anxiety and sadness that you speak of. Something that helps me is going back on posts on social media and reading some of the comments that people leave yes there are some bad ones but the good ones really make me feel special and that I have at least one person who likes my work which makes me happy. Other ways I deal with it are prepping for new content new cosplays new shoot ideas etc. I focus on what makes me happy and I’ll do that thing.

TGL: What is one piece of advice you wish you received when you first got into modeling/cosplay?

LPH13: One piece advice I wish I had when I first started was to talk to people at cons and events where cosplay is prevalent, I was really shy before I started cosplaying and when I started I would stick to myself even though I was around thousands of people who liked the same things as me. It took me a while to officially feel apart of the cosplay community because of this and to make friends who loved the same things I did that I could talk to about. So be confident and don’t be shy at events we are all cosplaying and dressing up because we love the anime, manga, comic, movie, or other geek thing and you can make lifelong friends!

We Would Love Your Feedback On Our Events! 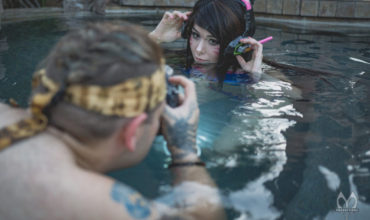 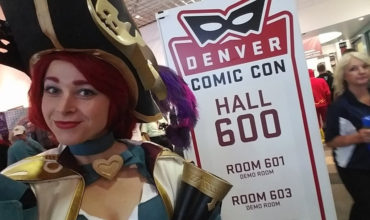 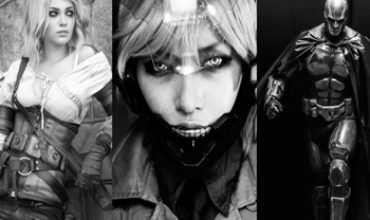 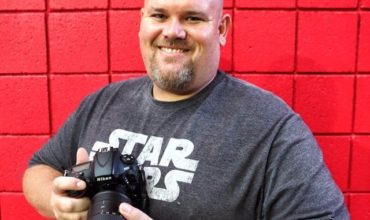